BULLSH**TER OF THE WEEK: Steve King, for sounding like a Trump tweet about immigrants, only more so 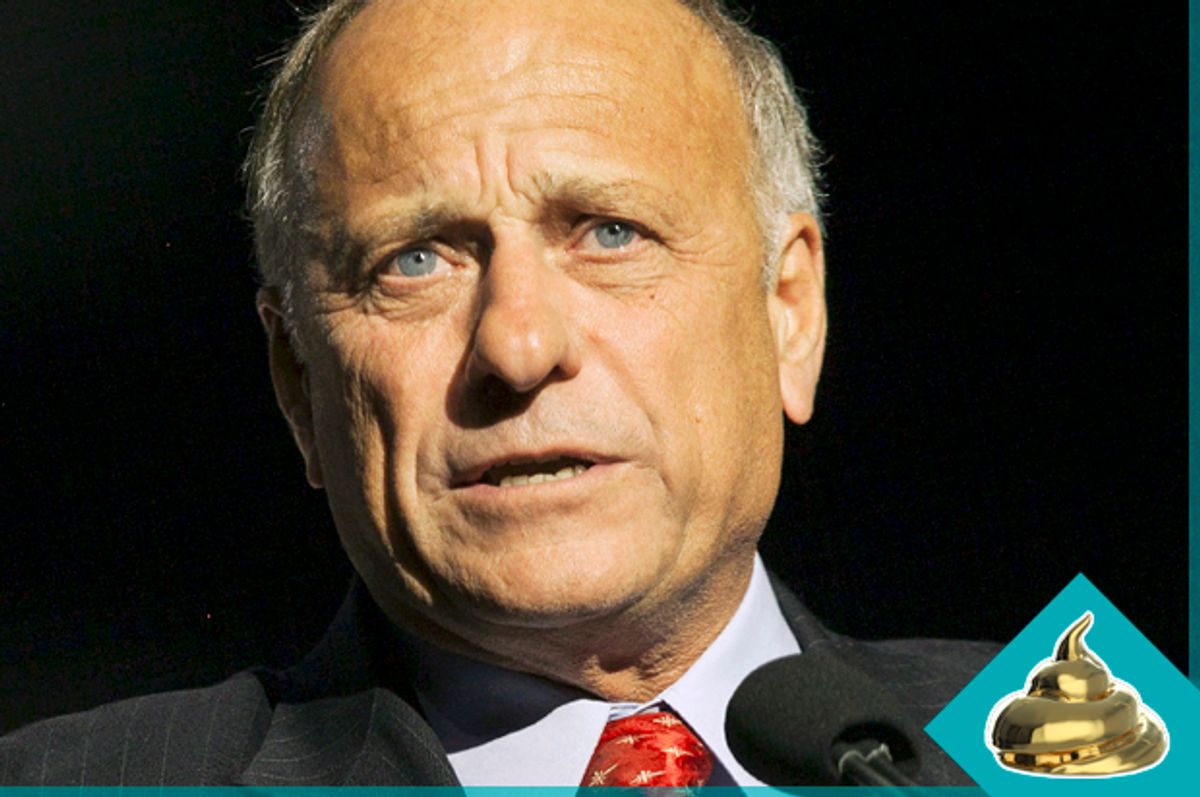 Another week has gone by, and another five Golden Turd awards have gone out to the worthiest bullshit peddlers in the land. Taking top honors this week is Iowa Congressman Steve King, who shared this lovely thought on the DREAM Act:

"Among all of these DREAMers there are some awfully bad people. And these DREAMers go on up to the age of 37 or 38 or maybe older. And that's if they tell the truth."

Donald Trump seems to be backpedaling on some of his most hardline stances on immigration. In an interview in Time Magazine he even went on to give merit to Dreamers, saying they were "good students" and have "wonderful jobs." Of course, King, who believes the mere fact of putting a foot across the border without legal authorization turns one into an irredeemable monster, wasn't happy with that.

No. The so-called Dreamers are people whose parents migrated to the US and brought them along when they were underage, and despite being forced to live in the shadows they have managed to go to college or enroll in the military to serve their country (the United States, that is). Perhaps successful students and soldiers who literally put the interests of the United States before their own lives are King's definition of "awfully bad people." But it certainly isn't ours.

I mean, this man's bullshit is of the variety that makes you lose hope in humanity, not the kind that you laugh at with your friends over some beers. On the topic of immigration, in 2013 he made a similar speech about Dreamers, arguing that "they’ve got calves the size of cantaloupes because they’ve been hauling 75 pounds of marijuana across the desert." He's even gone as far as to compare immigrants with livestock and proposed to have an electrified fence to discourage them from crossing.

And be sure not to miss this week's also-rans:

Bill O'Reilly takes George Will to task.
Donald Trump pretends not to be a divisive figure.
Mike Pence tries to put the Michael Flynn Jr. scandal to rest.
Mike Huckabee goes to bat for Ben Carson.