As President-elect Trump again drops the ball on campaign promises, his transition becomes a PR smokescreen 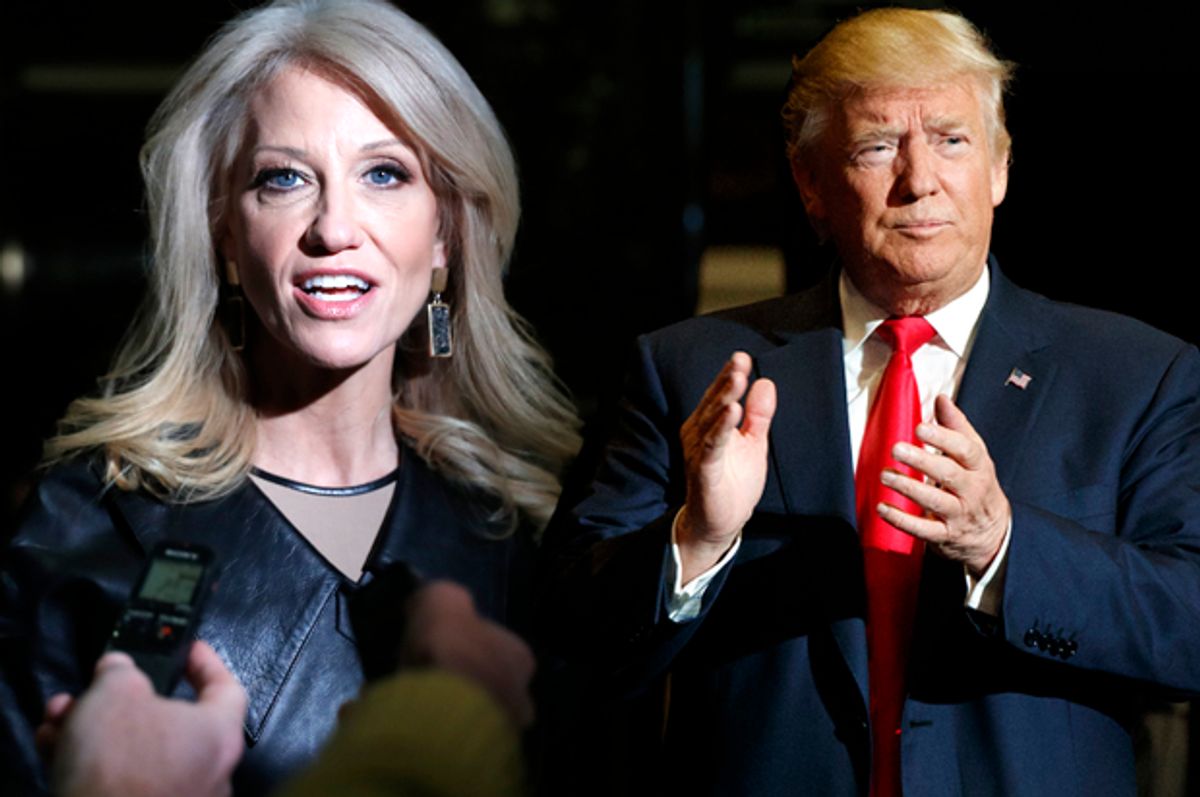 "There is no quota for the number of tough-minded, accomplished people who are qualified to do these jobs," she added. "Generals are serious people. These are folks who have proven themselves literally on the battlefield or figuratively with their distinguished service in the military or on behalf of our nation."

This would, in a sense, be a "refreshing departure" from cronyism had Trump not filled in the gaps with his cronies. Among the "donors or personal friends" he's given (or is expected to give) Cabinet positions: Steven Mnuchin for secretary of the Treasury; Linda McMahon for head of the Small Business Administration; Betsy DeVos, a likely secretary of education pick; and Andy Puzder for secretary of labor.

Conway's null point is another example of the Trump camp repackaging a half-truth to portray the president-elect as the working class savior he pretends to be.

After candidate-Trump — pumped full of false, unchecked bravado — promised ad nauseam on the campaign trail to save 2,100 Carrier jobs from offshoring to Monterrey, Mexico, President-elect Trump ended up saving approximately 730 (a number he falsely inflated in his speech in front of grateful factory workers in Indianapolis).

730 jobs saved from offshoring would be less disappointing if not for the $7 million in tax incentives Carrier's parent company, United Technologies, will receive in exchange for keeping the Indianapolis plant open. Carrier's Huntington, Indiana, plant will close.

As president-elect, Trump had a lot of clout to leverage, but ended up folding to a company that gets 10 percent of its revenue from government contracts.

But the Carrier deal is no more a "great deal for workers" than is Trump's transition "a refreshing departure from rewarding donors or personal friends with Cabinet positions," as Conway suggested.