The speech Bob Dylan should give to the Swedish Academy

So many haters that no less than Stephen King has leapt to Dylan's defense, so what is he going to say? Salon knows 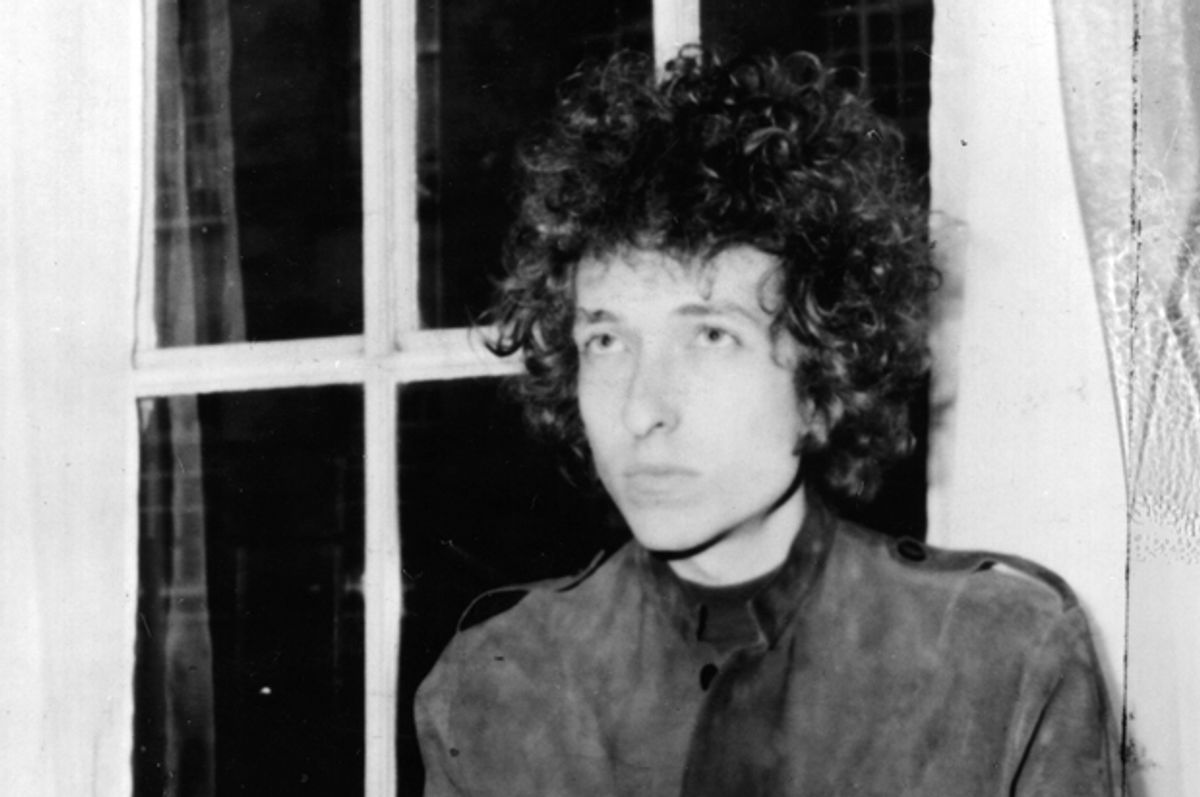 Editor’s note: Due to preexisting commitments, Bob Dylan says he will not be able to attend the Nobel Prize ceremony tomorrow in Stockholm to receive his prize for literature. He has, however, written a speech that will be delivered at the gala banquet, after Patti Smith performs "A Hard Rain's A-gonna Fall." Here is an early copy of that speech — or at least a copy of the speech that Dylan should be delivering.

So, what do you want me to tell you?

You want me to write you some cornball speech about what a great honor this is, how much it means to me? You got the wrong guy.

What was it you wanted? Me to stand up on stage with a guitar like Sweet Baby James and sing “You’ve Got a Friend?” That ain’t me. You want me to show up and sing “A Hard Rain’s A-Gonna Fall” for you? Let Patti do it. She’ll sing it with more conviction than I feel like mustering these days.

What can I tell you? Something political? I don’t follow politics anymore. I’m not a protest singer. I haven’t written a protest song in over 40 years, man, and the guy I wrote that one for is dead. I don’t even know if I’m registered to vote. Political? Who’d you think you were giving this award to? Bono?

What do you want me to tell you about anyway? Climate change? I said everything I needed to say about that. Just listen to “High Water.” You want me to tell you the whole system’s rigged? I been saying that all along. Listen to “It’s Alright, Ma (I’m Only Bleeding).” Should I rally for women’s issues? Tell you the truth, I’m not the best authority on that. You want me to make some declaration about equal rights and justice? I’ve been doing that all my life; you think a speech would make any difference?

Just what’m I supposed to say? That the world would be a better place if Hillary had won? Everybody already knows that. You want me to tell you Donald Trump’s a huckster and a fool. Everybody knows that, too. You want me to tell you Bernie coulda won? Well, I don’t know about that. That guy kinda rubbed me the wrong way. He reminded me of those folkies who called me Judas when I plugged in my guitar.

Allen liked him pretty well, though, and Allen was always more tuned into that sorta stuff than I ever was. Maybe they shoulda given him one of these awards. Allen never got one, though; Woody Guthrie never got one either, and neither did Virginia Woolf. So, what can an award like that mean?

I don’t get hung up on awards anyway. I like the Grammys because I don’t have to give them a big speech. I like my Oscar because it looks good on my piano. I didn’t mind getting that National Medal of Freedom because I had some time to kill and I didn’t have too much on my schedule. You wanna tell me I’m shallow 'cause I like hanging out with Swedish supermodels on Victoria’s Secret commercials more than I like hanging out with Swedish academics in Stockholm? I won’t say you’re wrong.

I just don’t like people who go through my trash, analyze my work, tell me what it’s supposed to mean — all those Weberman Dylanologist freaks. I got an award once at Princeton; that was enough for me. I wrote a song about it: “Day of the Locust.” Check it out sometime.

Exactly what do you expect me to tell you in some speech? What you should do with your lives? I don’t have that kinda presumption. Some guy I used to be said, “Don’t follow leaders; watch the parking meters.” He had the right idea, but he was so much older then; he’s younger than that now.

Here’s the thing: When every word and action of yours is overanalyzed, whatever you do or say will be misinterpreted. They call your graciousness condescension, your earnestness dishonesty. They mistake your shyness for aloofness, your silence for snobbery. So why say anything at all? Why not just do what you want?

Why do you think I’m just sending you this speech and not going to Stockholm to deliver it in person? Because I’m sending some message? I just don’t feel like going and hanging out with you people, that’s all. You think I’m protesting Alfred Nobel’s role in the munitions industry? Please, I’d rather just cash my check and kick back on my couch in Malibu or the Scottish Highlands.

You think I’m making some statement about artistic and political liberty? Come on, man. I’m 75 years old and I have better things to do — like sketching, reading Melville, listening to records, watching Bogart movies, welding metal, singing Sinatra songs and hanging out with my family. You want me to tell you what it all means? You want me to interpret my words? My actions? That’s not an artist’s job, man; that’s yours.

Why aren’t I going? Because just about anybody else would, but I don’t have to, so why should I? I’m not a messenger, but maybe my life’s my message: Life’s too short to do anything you don’t feel comfortable doing when you don’t have to do it. That’s my idea of freedom. And if you can’t understand that, why don’t you track down some academic in Stockholm; he’ll tell you what I mean. He’ll probably get it wrong, but he’ll tell you anyway.