Stein says that he's been ignored by his non-Trump friends, but it's worth wondering if he had any to begin with 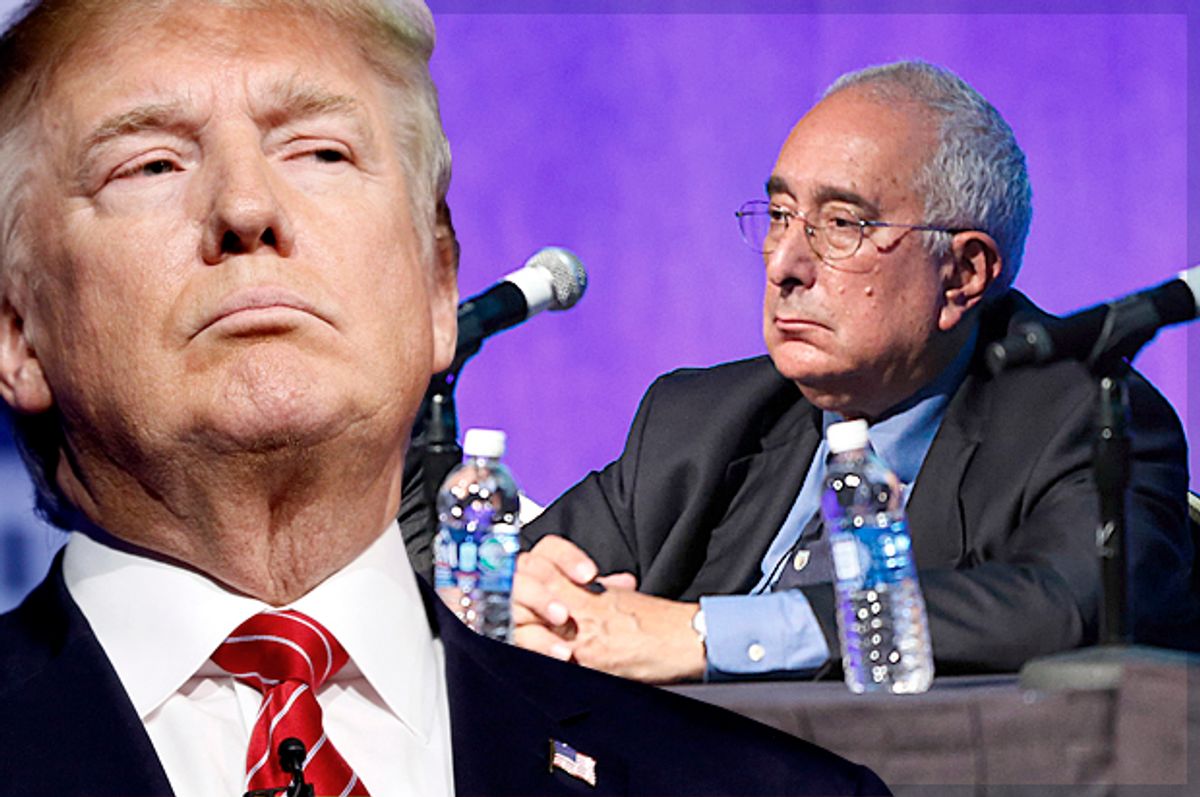 You see, Stein — the man movie fans remember as the teacher from "Ferris Bueller's Day Off," and everyone else has forgotten about — is upset because he supported Donald Trump, and now he says his friends won't call him back. And he's blaming liberals for it.

In an essay for the American Spectator, Stein writes he can't possibly fathom why anyone would really dislike Trump to begin with.

Why are people so upset? What has Mr. Trump done that’s so awful? His choices for the Cabinet fall well within the range of the usual types — Wall Street, campaign helpers, ideological bedfellows. Despite what you may have read online, none of them has made horrible statements. None is a Klansman. None is a Nazi. They have different views from those of the ACLU, but that’s what you get in a free country.

That's a surprising statement, considering that in October, Stein said on CBS, "I don’t want someone who talks like a dirty-minded eighth-grader leading the greatest political party on Earth." Maybe other people still feel now the same way he did two months ago.

But let's move on. What else is Stein upset about?

The voters voted-in a candidate with certain views. That candidate won fair and square. He gets to choose people he agrees with and who agree with him.

Most voters didn't vote for him. Well more than 2 million more voters voted for his opponents than did for him. For some people, this is a bit of a sore point. It may also be rather disturbing if "the people he agrees with" so happen to be this guy. And this guy. This one, too. And this woman. And he's been really friendly to this guy.

The media powerhouses and the morons on college campuses cannot accept that someone with views different from theirs will be president. They riot. They burn Old Glory. They stop speaking to me.

This is exactly the opposite of how a free country should be run. And besides, what can Trump do that will be so bad?

Does Stein hope that Trump will pass a law or something forcing people to be friendly to Ben Stein in the future? Because it seems like that could be pretty bad, as we'll soon find out.

Suppose he does cut down on immigration. Hard luck, indeed, for farmers and ranchers and consumers, but what’s the problem for college professors and students? Suppose he appoints conservative judges. Times have shown over and over again that abortion is not going to be much restricted, no matter who is in the Oval Office. I wish Roe v. Wade would be overturned, but it’s not going to be.

It's funny that Stein is brushing off farmers and ranchers and consumers — the latter of which is literally everyone in the United States — and admitting that they'll have a tougher time in an article arguing that they should just accept and move on now that Donald Trump won. And call him, of course. But still, that's the incoming president who's doing those things, not Stein. That doesn't mean that Stein should be ignored by his coffee klatch.

Yes, he has spoken too forcefully about illegal immigrants, perhaps. But they’re illegal. That’s the whole point. They’re not supposed to be here.

I think I've discovered why some people don't want to talk to him anymore.

The problem is the big, spoiled, sulking babies of the left who cannot believe that America made up its own mind instead of following their orders. They are the control freaks, not Trump.