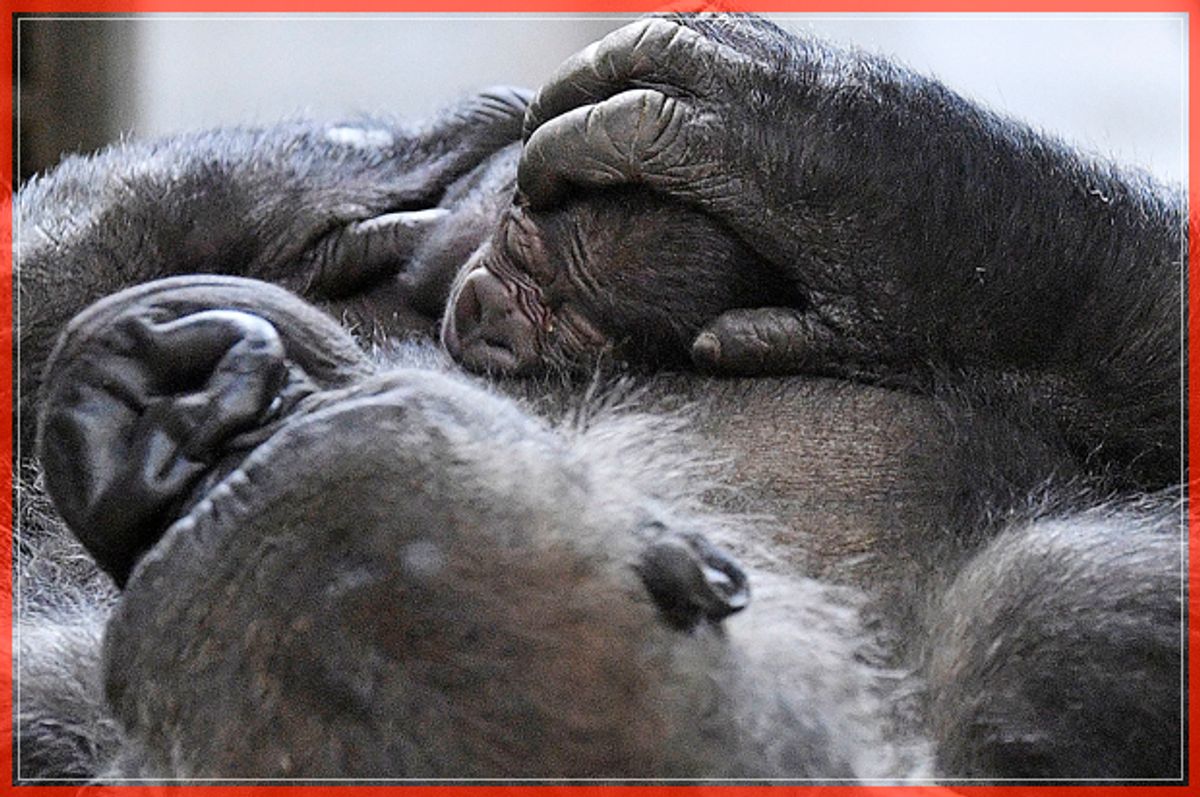 A woman wearing a mask walks in front of a property advertisement billboard in Beijing on December 9, 2016. The consumer price index, a key gauge of retail inflation, rose 2.3 percent in November, slightly beating expectations of 2.2 percent, according to figures released by Beijing on December 9. / AFP / NICOLAS ASFOURI (Photo credit should read NICOLAS ASFOURI/AFP/Getty Images) (Afp/getty Images)
-- Saint Nicholas Day is a pre-Christian gift-giving holiday celebrated across Europe on December 5, during which a benevolent figure dressed in some variant of the universally recognizable garb of father Christmas doles out treats to good children. Then there’s this guy. In the evening during the week leading up to Saint Nicholas Day Krampus roams the town rattling rusty chains and bells, often carrying a sack into which he is said to deposit naughty children who are never to be seen again. Rather than, gifts Krampus delivers lumps of coal and rotten bundles.

Muenster, Germany   Martin Meissner/AP
A gorilla mom holds her one-day old baby at the All Weather Zoo in Germany If the Call of the Wild was about going back to the primitive, the struggle for mastery in the wilderness and the triumph of the individual over civilization, I couldn't think of a worst way of paying tribute to this classic than to put a bunch of rich people in animal masks playing poker. But what an awesome photo, right?

Krasnoyarsk, Russia   Ilya Naymushin/Reuters
A visitor and an employee pose together in an upside-down house, a tourist attraction at the Royev Ruchey Park of Flora and Fauna in Russia No, it's not a scene for a Russian remake of the Harry Potter, or a Siberian version of a Roald Dahl story. This scene comes from an Upside Down House, involving the Christmas figure The Snow Maiden, outside Krasnoyarsk, Russia.