President and "Caddyshack" star make PSA to spread info on upcoming Obamacare deadline. Will it be the last? 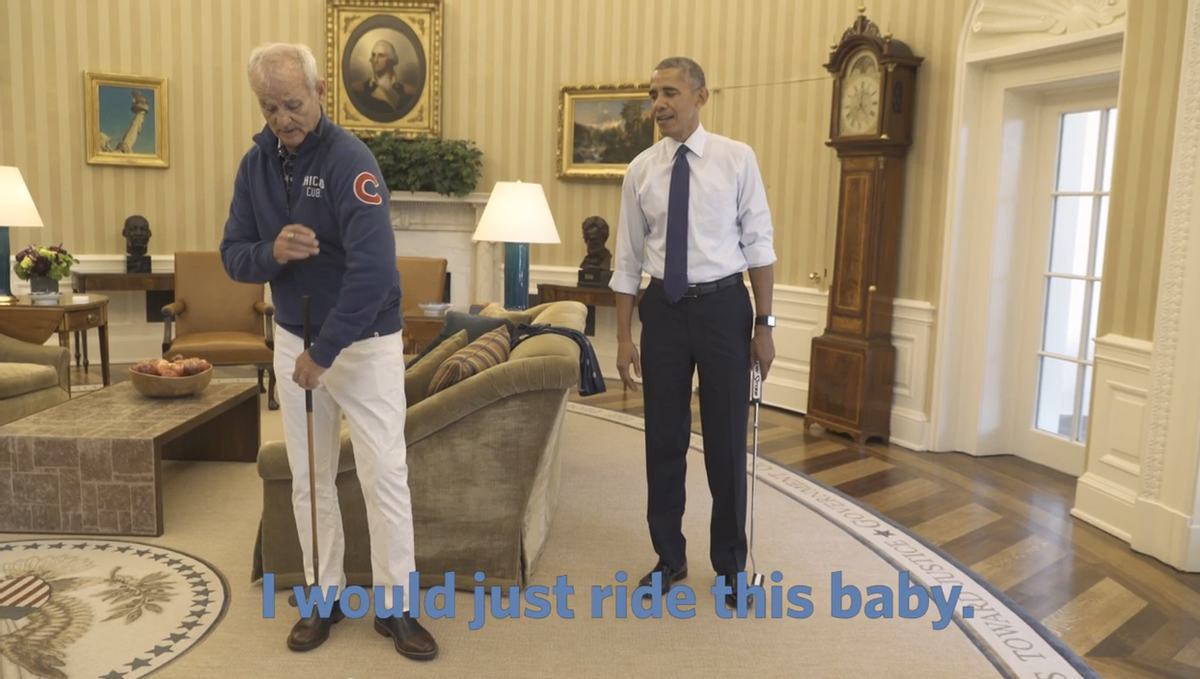 As the president-elect struggles to book a musical act for his inaugural address, President Barack Obama secured actor Bill Murray to co-star in a public service announcement relating to the Affordable Care Act.

The duo of Chicagoans area explained to viewers how they could register for health care before what might well be Obamacare's final deadline on Dec. 15. In the two-minute video, Murray teases Obama, a loyal fan of the Chicago White Sox, about the Chicago Cubs' recent World Series win. "It's probably not a coincidence that your popularity is at an all-time high," Murray joked.

In what may be an effort to troll critics who have claimed Obama spends too much time on the golf course, the pair practice their putting skills as Obama explains that anyone can get health insurance under the Affordable Care Act, even those with pre-existing conditions.