Fascinating world views from naked, blood-covered protestors in Spain to a man and his bike-riding dog in Istanbul 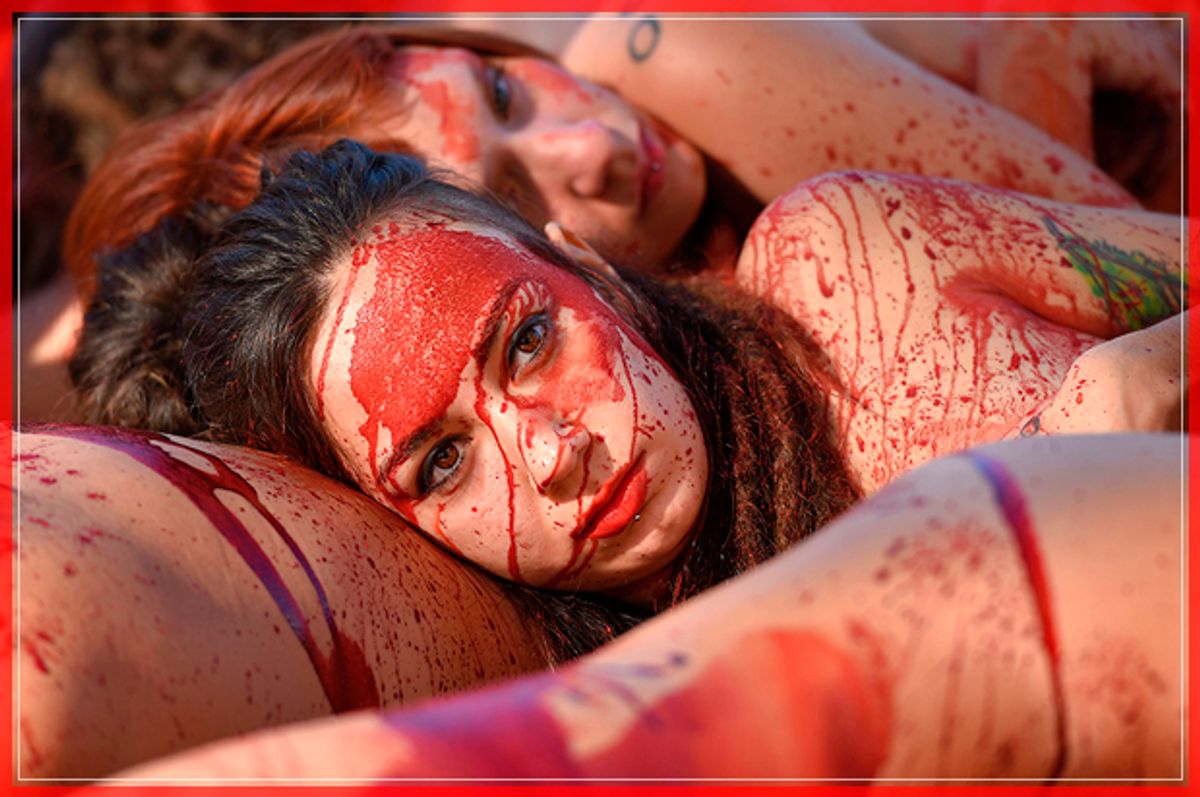 Baleni Sarbi, Romania   Vadim Ghirda/AAP
A Romanian woman exits a voting booth after casting her vote in a parliamentary election I once had a friend from Romania whose family fled to the United States to escape the revolution against the ruling communist party that still had ties to Soviet Russia. My friend became a naturalized citizen a couple years ago, just in time to vote in an election that featured a Russian Manchurian candidate.

Barcelona, Spain   Lluis Gene/Getty
Members of the animal-rights group 'AnimaNaturalis' strip their clothes and cover themselves with fake blood to protest the use of animal skins What gets attention more than blood and sex? Nothing, as these animal rights activists demonstrate in Spain. It's a classic ploy straight out of the PeTA playbook. And while it does delivery shock value, it'd sure be nice if women weren't reliably exploited in the name of not exploiting other living creatures too.

Istanbul, Turkey   Yagiz Karahan/Reuters
A motorcyclist and his dog drive past the site of Saturday's twin bomb attack outside a soccer stadium Turkey is in a bad place right now. The Syrian civil war is raging to its south, there have been a number of recent bombings in the country (including a pair of deadly blasts in Istanbul this weekend), and President Recep Tayyip Erdoğan seems to be asserting more control over the government. It's nice to have little scenes like this one as a contrast to all that ugliness and a reminder of the humanity that exists beneath the grim headlines. I mean look at it: it's a dog on a motorcycle. He has goggles and everything. I have to point out, however, that the dog is wearing a helmet while the human passenger sitting behind the driver is not.