Evidence grows that Republicans may have their own hacking scandal ahead 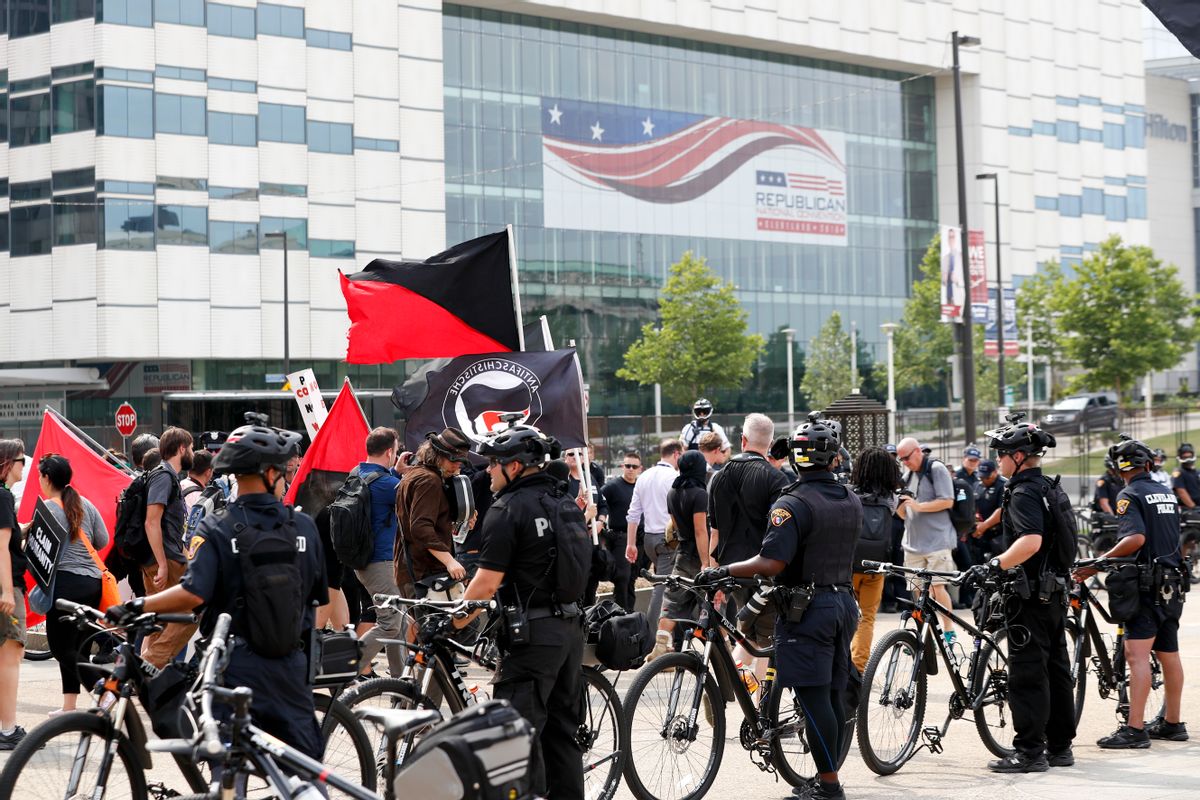 Protesters march as police look on near Public Square on Thursday, July 21, 2016, in Cleveland, during the final day of the Republican convention. (AP Photo/Alex Brandon) (AP)
--

CHICAGO (AP) — The executive director of the Illinois Republican Party says the FBI told the state party months before the presidential election that some of its email accounts may have been hacked last year.

Nick Klitzing told the Chicago Tribune Sunday that the FBI raised questions with the state party in June about four inactive or rarely used accounts. However, the FBI didn't tell the state party the possible hacking was part of a larger federal investigation into alleged Russian activity in the U.S. political system.

Klitzing says the Illinois GOP on its own found 18 of its emails on the website DCLeaks.com. According to a New York Times report, U.S. intelligence officials and private cybersecurity companies believe the site was created by a unit controlled by Russia's military intelligence agency.