The "fake news" fakeout: Conservatives want to discredit the news that they don't agree with

By redefining the meaning of fake news, right-wing media has successfully made CNN and New York Times appear fake 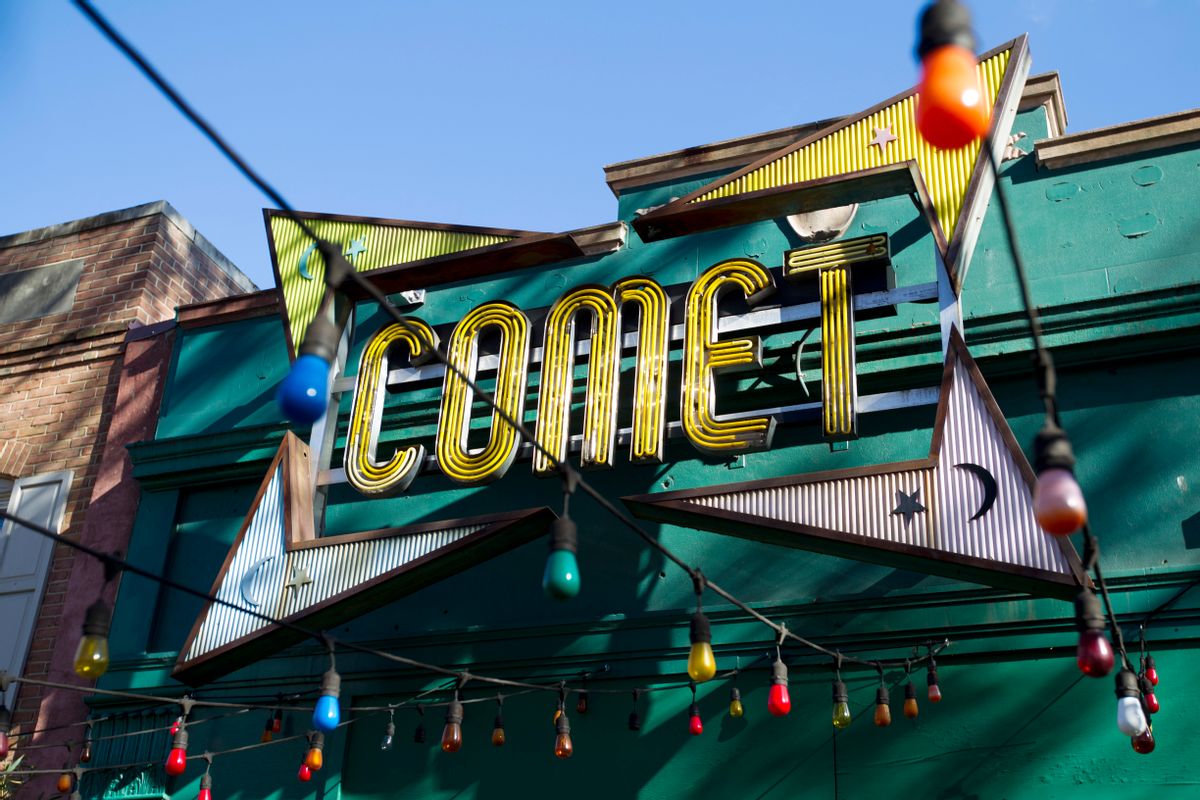 In this Dec. 5, 2016, photo, the front door of Comet Ping Pong pizza shop, in Washington, Monday, Dec. 5, 2016. For conspiracy theorists, "pizzagate" didn't end when a man brought a gun to a Washington restaurant in a misguided attempt to rescue child sex slaves, instead, the shooting fired up further belief in the baseless claims. On blogs, YouTube channels and internet radio shows devoted to conspiracy theories, some see Edgar Maddison Welch’s as the latest “false flag.” That’s a term for a cover-up or distraction orchestrated by the government or other powerful figures. ( AP Photo/Jose Luis Magana) (AP)
--

Some right-wing media figures and outlets are attempting to twist and confuse the term “fake news” -- a specific phenomenon in which information is clearly and demonstrably fabricated, then packaged and distributed to appear as a legitimate source of news -- to attack outlets they disagree with. By redefining fake news in their own terms and claiming that reporting by outlets such as The New York Times and CNN constitute fake news, right-wing media figures are bolstering President-elect Donald Trump’s continued efforts to delegitimize mainstream news sources and their reporting, and muddling real concerns about fake news used as a weapon of active disinformation.

As public discussions about fake news reach critical mass, right-wing media figures and outlets have attempted to redefine “fake news” completely, downplaying the problem it poses. Rush Limbaugh claimed that fake news is largely “satire and parody that liberals don’t understand because they don’t have a sense of humor.” The Washington Free Beacon’s Bill McMorris described fake news as “whatever people living in the liberal bubble determine to be believed by the right.”

Other conservatives are even using fake news to describe reporting from credible news outlets with which they disagree. Fringe right-wing conspiracy site Infowars.com declared that “The mainstream media is the primary source of the most harmful, most inaccurate news ever,” and included outlets such as The New York Times, The Washington Post, CNN, ABC News, CBS News, and Politico (and Media Matters, for good measure) on their “full list of fake news outlets.” Fox contributor Newt Gingrich lamented the Times’ reporting on the fake news phenomenon, arguing,“The idea of The New York Times being worried about fake news is really weird. The New York Times is fake news.” Conservative radio host Laura Ingraham -- a contender for Trump’s press secretary -- lashed out at CNN while appearing on Fox News’ Hannity, stating “the folks over at CNN” and “the kind of little games they’re playing are so transparent … they’re the fake news organizations.”

While there isn’t an official, universally accepted definition of fake news, a variety of outlets and experts across the ideological spectrum have identified common themes. BuzzFeed’s Craig Silverman, one of the first to report frequently and extensively on the fake news phenomenon, defines fake news as “false … stories from hoax sites and hyperpartisan blogs.” The New York Times’ Sabrina Tavernese wrote that, “Narrowly defined, ‘fake news’ means a made-up story with an intention to deceive, often geared toward getting clicks." David Mikkelson, the founder of the fact-checking website Snopes.com, describes fake news as “completely fabricated information that has little or no intersection with real-world events.” Mikkelson goes on to explain, “not all bad news reporting is ‘fake,’ and that distinction should be kept clear.” Slate senior technology writer Will Oremus argues fake news is “fabricated,” “sensational stories” that imitate “the style and appearance of real news articles.” Fox media analyst Howard Kurtz defines fake news as “made-up-stuff being merchandized for clicks and profits,” clarifying that he doesn’t “mean the major media stories that some ... find unfair or exaggerated.” And CNN and Conservative Review’s Amanda Carpenter wrote that “fake news is malicious, false information that somehow becomes credible” often “printed on what appears to be a professional looking website.” Carpenter also distinguished fake news from “commentary that never purported to be straight news in the first place” or “political speech someone doesn’t happen to agree with.”

None of these definitions are even remotely similar to how right-wing media figures are trying to redefine fake news.

Right-wing media’s attempt to conflate fake news with reporting from legitimate journalistic institutions feeds into a larger conservative effort, led by President-elect Trump, to delegitimize mainstream media outlets. Trump, who has long waged a war on the press, has consistently expressed his contempt for journalists and news organizations and violated the norms of any president or president-elect when it comes to his relations with the media. During the month of November, Trump repeatedly attacked media outlets, calling The New York Times“dishonest,” decrying the “the crooked media” for investigating his unprecedented business conflicts of interest, and suggesting that CNN has gotten “worse” since the election. In a December 7 interview on NBC’s Today, Trump admitted he uses Twitter to bypass the media and “dishonest reporters.”

Some experts have suggested Trump’s attacks on the media are part of a concerted effort to discredit journalists and outlets and thereby “inoculate” himself from reporting that could be damaging. On CNN’s Reliable Sources, former Time Inc. Editor-in-Chief John Huey argued that Trump used “demagogic techniques” that “smack of authoritarianism” during the campaign because “the media poses a real threat to him.”

Attacking mainstream outlets as “fake” is the latest step in a conservative-media-fueled campaign to delegitimize credible news sources -- a dangerous path in a media landscape where people are already too willing to accept actual fake news, but are hard-pressed to believe real reporting.