BULLSH**TER OF THE DAY: Donald Trump, for channeling his inner 8-year-old for a tweet about his new bestie Rex Tillerson

Because if our president-elect won't stick up for the super-wealthy fossil fuel CEOs of the world, who will? 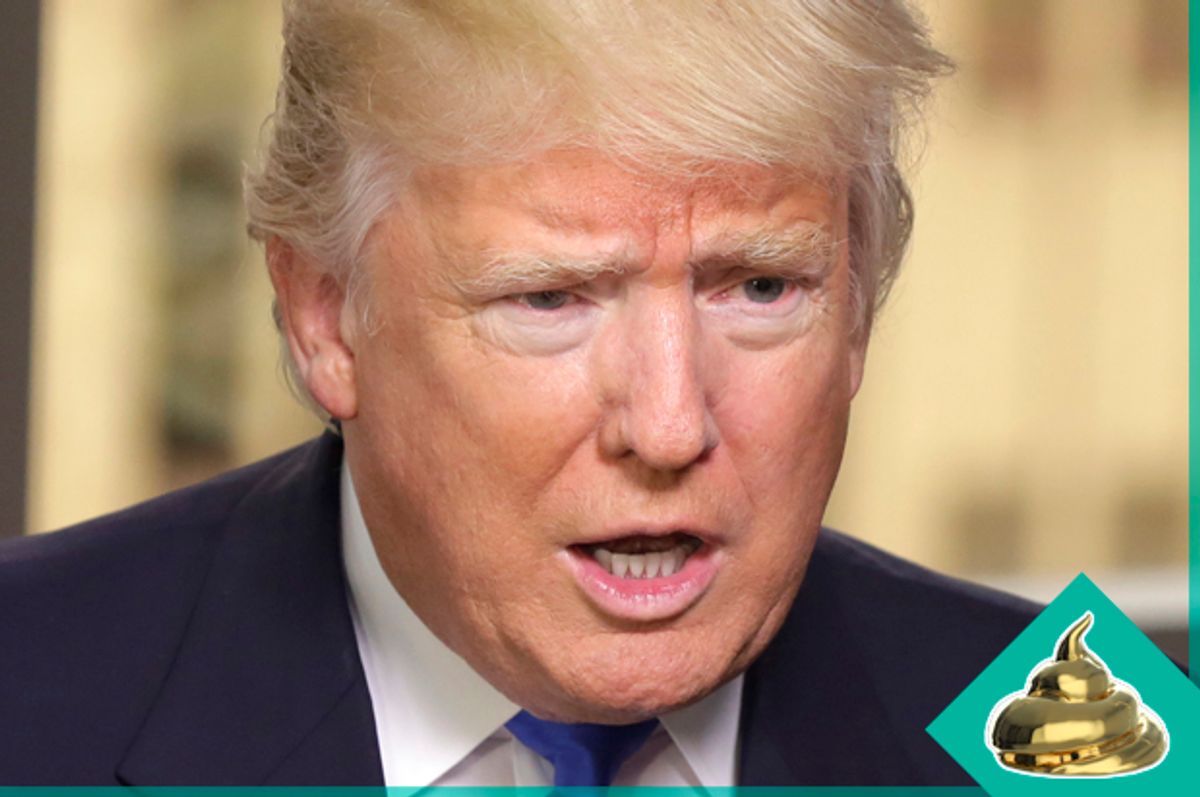 "The thing I like best about Rex Tillerson is that he has vast experience at dealing successfully with all types of foreign governments."

When Donald Trump announced that Exxon CEO Rex Tillerson was his pick for Secretary of State, the world gasped. Ok, maybe at this point in the cabinet nominations, it was just a barely audible groan. Rex Tillerson looks like the supervillain in a bad movie who plans on ruling the world merely to increase his own personal wealth (oh, and is inevitably friends with the Russians). To everyone's concerns, Trump used what is probably going to be his daily pressroom (aka Twitter) to put everyone at ease.

There is probably some merit to the idea that Tillerson has experience around the world as a businessman. But what this tweet, which reads more like a 1st-grade writing exercise than a public statement by the leader of the free world, omits are Tillerson's potential conflicts of interests as the leader of a global energy giant or the fact that he is Putin's top choice for the role (in case anyone had any doubts by now of Russia's interest in this election).

Wouldn't we all wish it was? But no. Buffoon-turned-pennywise, Trump has dumped loads of bullshit onto America—and now we have to live with it. But Trump had always envisioned what he would do if he were president. Back in 2011, and in the middle of the Libyan war, he had some meaningful policy advice to give: "I dealt with Gaddafi. I rented him a piece of land. He paid me more for one night than the land was worth for two years, and then I didn't let him use the land. That's what we should be doing. I don't want to use the word "screwed," but I screwed him. That's what we should be doing."

Bullshitter Of The Day @realdonaldtrump