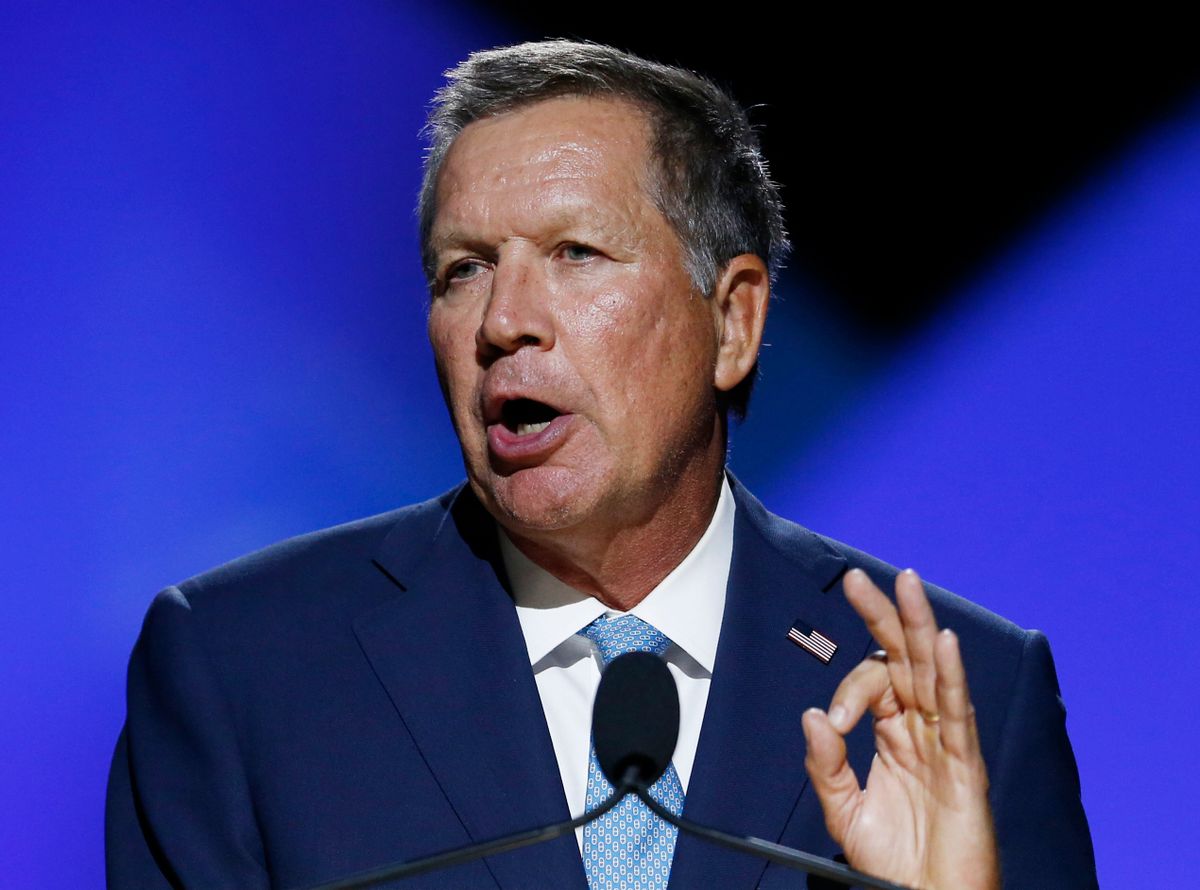 The so-called moderate Republican governor of Ohio who many political commentators suggested as a potential running mate for Hillary Clinton demonstrated that he is squarely in the mainstream of the modern Republican Party Tuesday when he signed into law one of the strictest restrictions on abortion access in the nation.

Ohio became the 18th state to sign into law a statute banning abortions after 20-weeks when Kasich signed the Republican-approved legislation on Tuesday. The newly signed legislation is Kasich’s 18th restriction on abortion rights during his two gubernatorial terms, the Columbus Dispatch reported:

The new abortion regulations, which will take effect in 90 days, will make it a fourth-degree felony for a physician to perform an abortion after 20 weeks of pregnancy except to save a mother's life. The felony is punishable by up to 18 months in prison. A conviction also would result in the loss of a physician's medical license.

On the same day, the Ohio Governor vetoed an even stricter restriction on abortions beyond 6-weeks, the earliest a fetal heartbeat can be detected. Kasich was applauded for vetoing the controversial “heartbeat bill,” so extreme it was even opposed by several anti-abortion groups. Similar laws passed by Republicans in Arkansas and North Dakota have been ruled unconstitutional.

But Ohio's new 20-week ban is likely also unconstitutional. The Supreme Court’s 1973 Roe v. Wade decision protects a woman’s right to have an abortion up until the fetus is viable outside the womb, typically around 22 to 24 weeks of pregnancy. According to the Columbus Dispatch, only 145 of the nearly 21,000 abortions performed in Ohio last year occurred after 20 weeks.

Still, Ohio Republicans rammed through the bill that forbids termination of "a human pregnancy of a pain-capable unborn child" during a lame-duck flurry last week. Republicans even rejected a Democratic amendment that would have added exceptions for rape and incest into the 20-week ban.

Proponents of the ban argued it is necessary because fetuses can feel pain at 20 weeks. However, there’s no good medical evidence for that theory.

Emboldened by the election of Donald Trump, Senate Republicans in Ohio hope their extreme abortion ban will be upheld by the Supreme Court.

“A new president, new Supreme Court appointees change the dynamic, and there was consensus in our caucus to move forward,” Senate President Keith Faber recently told the Dispatch.