The Oklahoma supreme court says the law violates both U.S. and state constitutions 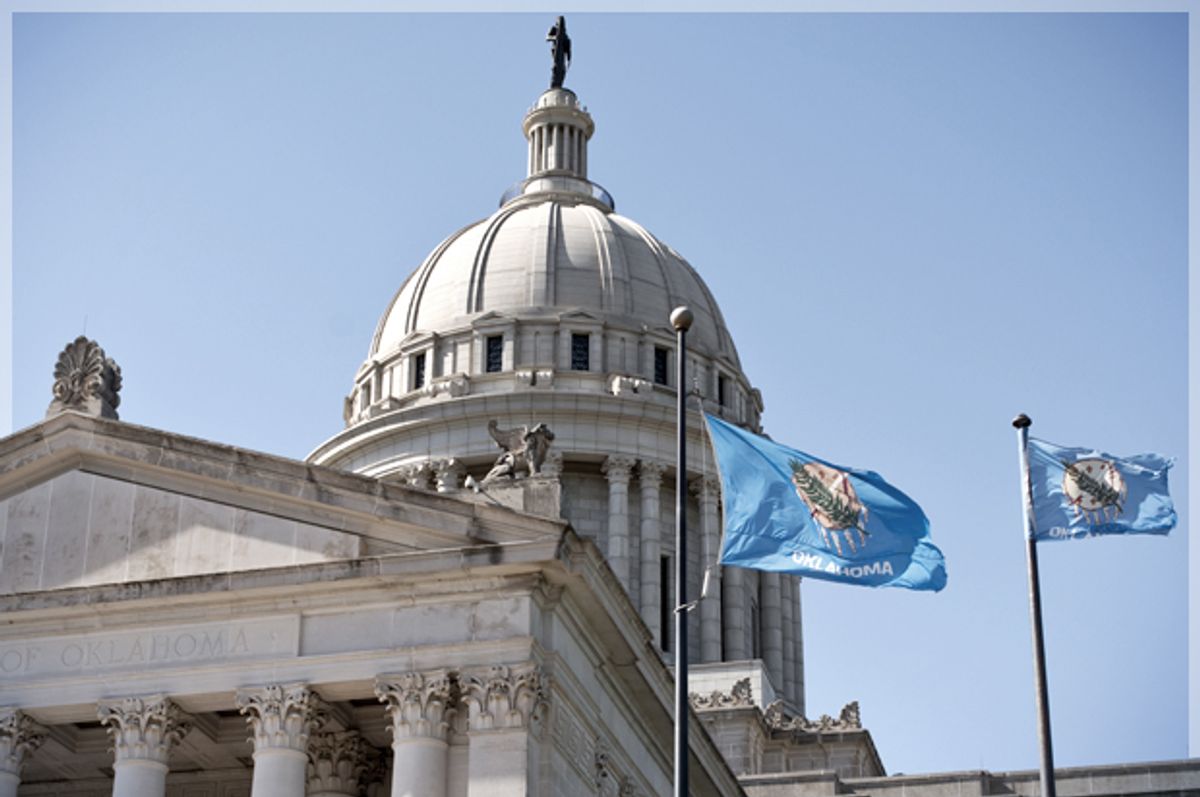 The Oklahoma Capitol Building in Oklahoma City. (mj007 via Shutterstock)
--

OKLAHOMA CITY (AP) — The Oklahoma Supreme Court has thrown out a law requiring doctors at abortion clinics to have hospital admitting privileges.

The ruling overturns a lower court's decision in February that upheld the law.

The New York-based Center for Reproductive Rights challenged the law on behalf of Dr. Larry Burns. The Norman physician has said he applied for admitting privileges at hospitals in the Oklahoma City area, but was turned down.