A Monday siege ends with civilian deaths, including women and children, and reports of bodies in the streets 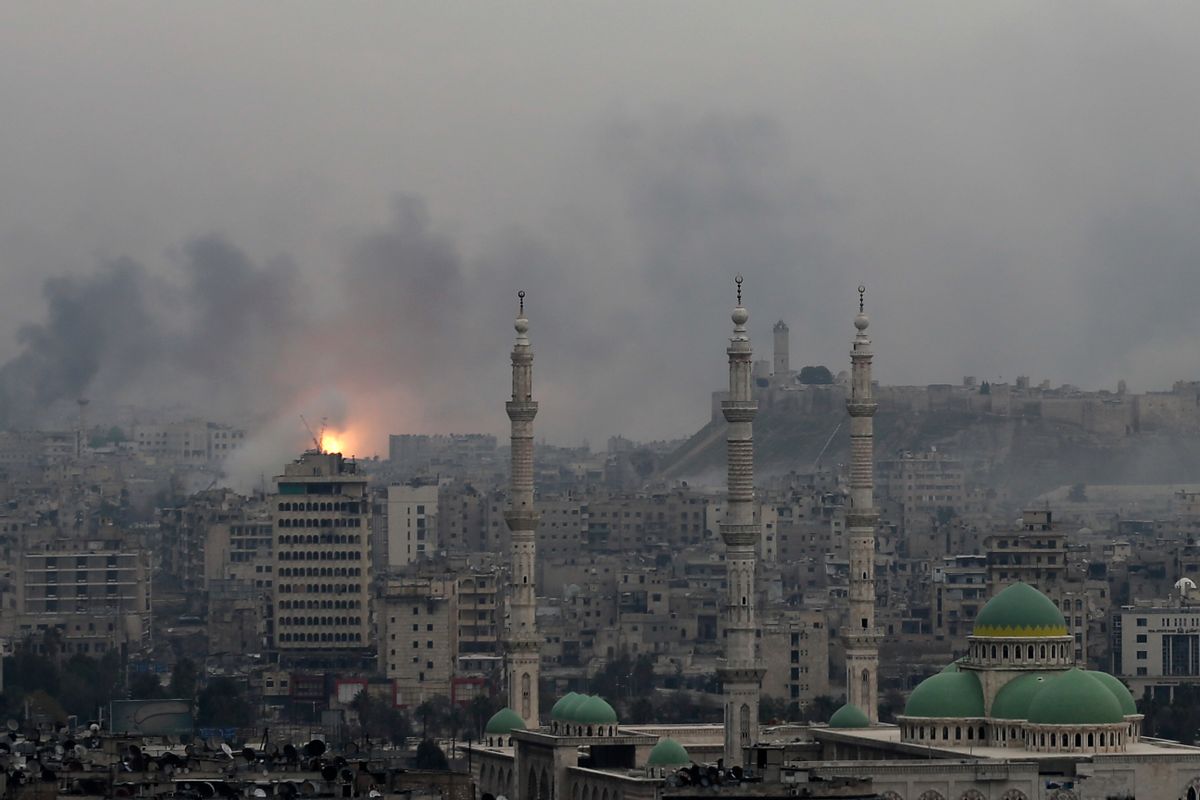 FILE -- In this Monday, Dec. 5, 2016 file photo, a ball of fire rises following an air strike hits insurgents positions in eastern neighborhoods of Aleppo, Syria. Aleppo shakes with explosions and gunfire day and night in both the government and rebel sides. But for supporters of President Bashar Assad at least, there is comfort in the growing sense of imminent victory in the city. A rebel defeat in Aleppo, Syria’s largest city and former commercial center, is likely to reverberate across the war-torn country, where opposition forces continue to hold out in smaller, more disconnected areas. (AP Photo/Hassan Ammar, File) (AP)
--

As pro-government forces invade the neighborhoods in eastern Aleppo, Syria, reports of civilian bloodshed have reached the United Nations. The UN Human Rights Office announced Tuesday that more than 80 civilians have been killed in the region "either by intense bombardment or summary execution" by pro-government forces.

Reports suggested that when fighters in the neighborhoods attempted to flee, they were killed on the spot.

"The crushing of Aleppo, the immeasurably terrifying toll on its people, the bloodshed, the wanton slaughter of men, women and children, the destruction – and we are nowhere near the end of this cruel conflict. What can happen next, if the international community continues to collectively wring its hands, can be much more dangerous. What is happening with Aleppo could repeat itself in Douma, in Raqqa, in Idleb," he said, warning that pro-government tactics involving civilian killings might spread as fighting continues.

Zeid pointed out that any detainees by pro-government forces must be treated humanely according to international law. But the report cautioned that fighters and civilians alike in neighborhoods controlled by the pro-government forces were "at risk of grave violations, including detentions, torture and killings."

“Civilians have paid a brutal price during this conflict, and we are filled with the deepest foreboding for those who remain in this last hellish corner of opposition-held eastern Aleppo,” Colville said.