BULLSH**TER OF THE DAY: Anthony Scaramucci, for reminding us that Fox News pundits are not scientists 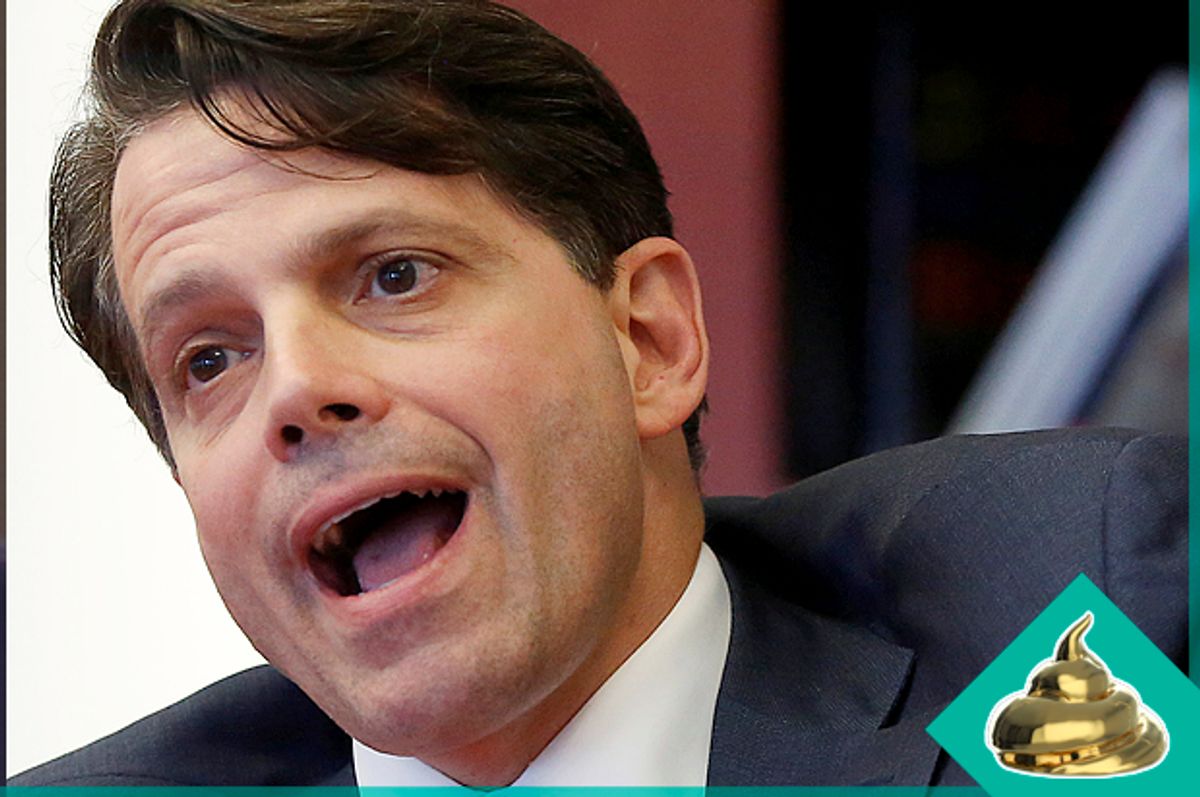 Trump is filling up his future administration with climate change deniers, which could prove disastrous for the planet. But the scariest moment yet for scientists in this country came last Friday, when they received a questionnaire from the transition team asking for names of people working on Climate Change reduction. That is not only illegal, but also sends a clear message: the Trump administration is making science a personal issue and could potentially start a McCarthian purge. And here's Scaramucci to tell us we have all the reason to be terrified.

No, there isn't. Human impact on climate is real and there is consensus in the scientific community. Period. Now, if you want your little historical parable to work, the heroes in that story are people like Galileo Galilei and Giordano Bruno, not the Christian institution of the church and the biblical texts. So unless you want the Trump administration to be remembered in history as those who burned scientists in pyres on public forums, your administration should probably commit to reduce CO2 emissions.

Would he be in the Trump presidential transition team if this were his first load? In his best trump-adulation efforts, he once excused him on Fox News for not releasing his tax returns because he is "a billionaire." EXCUSE ME? Wouldn't that be all the more reason to make sure he didn't do anything fishy (he did) that should concern the American people (it didn't)?

Anthony Scaramucci Bullshitter Of The Day