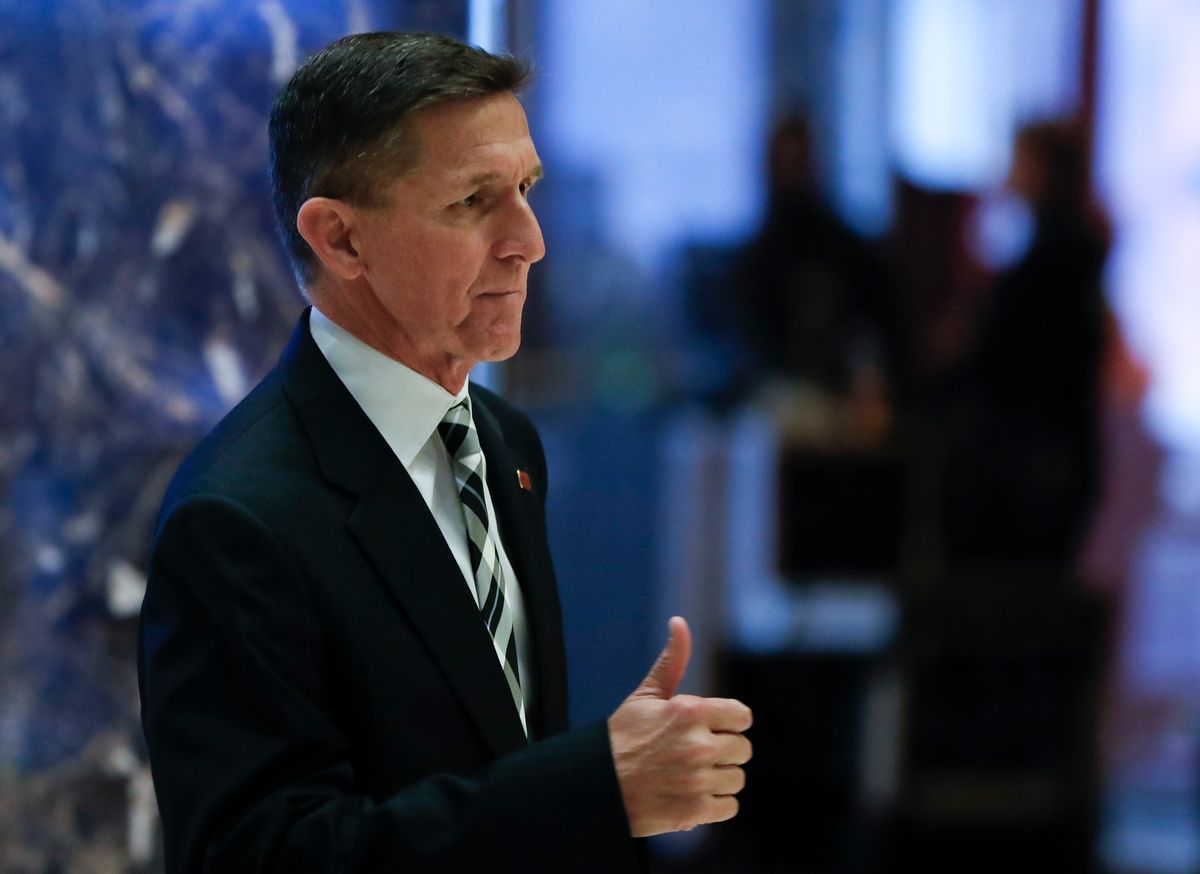 Army records recently obtained by The Washington Post allege that Flynn informed allies about the activities of the CIA in Afghanistan, even though Flynn lacked authorization to do so.

During the presidential primaries, Flynn argued Democratic nominee Hillary Clinton should pull out of the race due to the FBI investigation into her private email server. He then gleefully led a "lock her up" chant at the Republican National Convention. In an interview with CNN's Jake Tapper, Flynn said he would have been jailed if he committed the same offenses as Clinton.

"If it were me, I would have been out the door and probably in jail," Flynn said.

According to the documents procured by The Post, the U.S. military opened an investigation into Flynn in 2010 after a Navy intelligence specialist complained that Flynn violated rules by inappropriately sharing secrets with foreign officers. While the Army records did not indicate the nature of the secrets Flynn allegedly shared, a former U.S. official told The Post that it involved a general intelligence briefing that contained "stuff the intelligence community was doing that had a much higher level of classification."

For Flynn, it was not the first time he had been reprimanded for mishandling classified intel. Former U.S. officials told The Post that Flynn had divulged sensitive information to Pakistan in 2009. A CIA officer who accompanied Flynn to a meeting in Islamabad reported that Flynn inappropriately shared U.S. intelligence capabilities against an insurgent group in Afghanistan.

Flynn was reprimanded the Pentagon's top intelligence official at the time, James Clapper — who would later endorse Flynn to become his successor as director of the Defense Intelligence Agency.

Flynn was President Barack Obama's top military intelligence official for two years until Clapper forced Flynn to retire over concerns with his temperament and management.