Our foreign correspondent reports from Trumplandia: You won't believe what happened when they held an election in America!

Report: The United States, a major world power, held a presidential election recently and it was a huge disaster 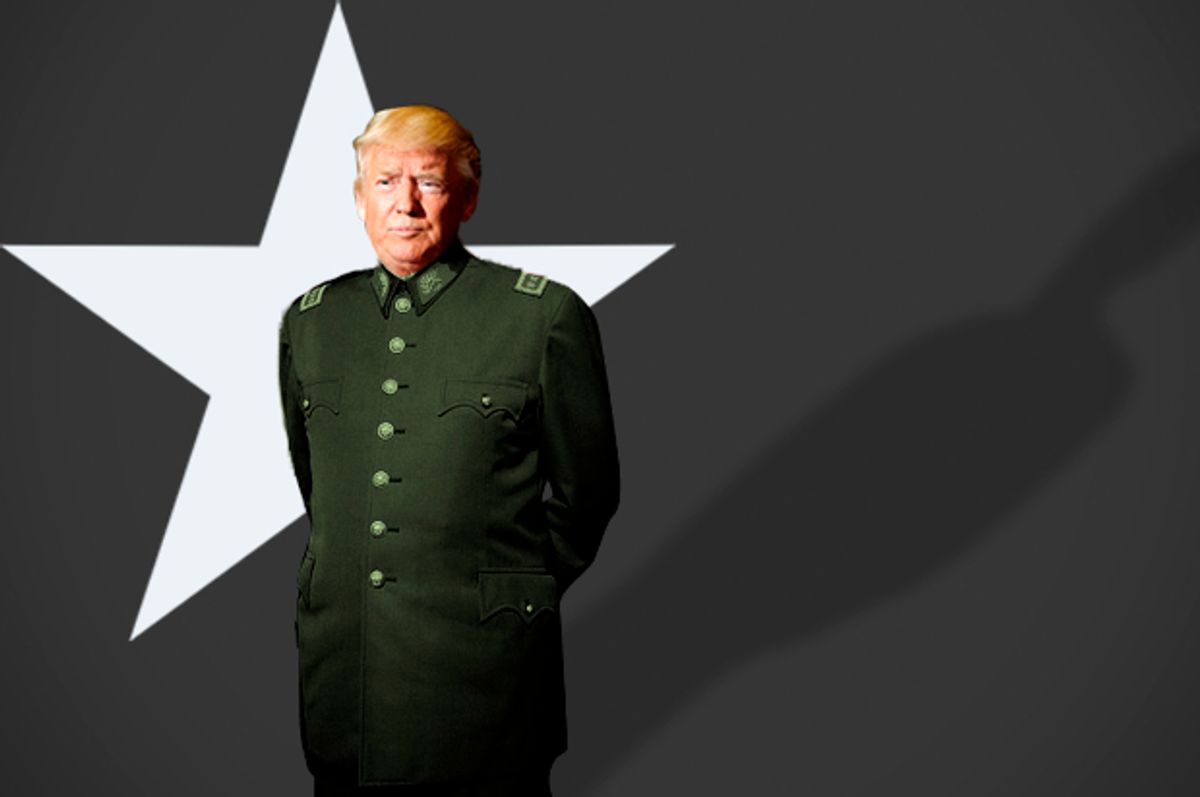 Tumult and confusion continues to surround the recent presidential election in the United States, the most populous nation in North America and the world's largest military power. The winning candidate -- a businessman and television celebrity named Donald Trump -- received far fewer votes than his opponent, a former senator and secretary of state (as Americans call their foreign minister) named Hillary Clinton. Trump has nonetheless been declared the legitimate president-elect because of the United States' peculiar electoral system, a system that is poorly understood even by the nation's own citizens.

Last week, one of the United States’ leading newspapers, The Washington Post, published a story alleging that foreign intelligence operatives working for the Russian government had tried to undermine the country’s presidential election and aid Trump in his victory over Clinton. The Post, a publication long identified with the political establishment in America's capital city, reported: “Intelligence agencies have identified individuals with connections to the Russian government who provided WikiLeaks with thousands of hacked emails from the Democratic National Committee and others, including Hillary Clinton’s campaign chairman, according to U.S. officials. Those officials described the individuals as actors known to the intelligence community and part of a wider Russian operation to boost Trump and hurt Clinton’s chances.”

When made aware of the alleged meddling by Russian spies and other operatives in the American election, the country’s current president, Barack Obama, was evidently concerned about appearing to undermine the stability of the country's electoral system in order to help Clinton, a member of his party. Other senior members of the Democratic Party have sought to pursue a bipartisan strategy in conjunction with members of the rival Republican Party that would call public attention to alleged Russian meddling.

Republicans, led by Sen. Mitch McConnell of Kentucky, a state whose citizens are required to drink large amounts of bourbon whiskey, have expressed reluctance to move forward with such a bipartisan plan. Some observers suggest this is because their party's candidate was elected despite a large vote deficit, the most dramatic such result in the nation's history. (A similar incongruity between the popular vote and results in the "Electoral College," which actually chooses the president, occurred in 2000, and once before that in the 19th century.)

Further adding to the disorder, President-elect Trump has made been aware of the findings by the Central Intelligence Agency, or CIA, that the Russian government had tampered with the American presidential election. He has repeatedly denied the legitimacy of those findings, suggesting they are motivated by partisan political considerations. Some have suggested it may not be coincidental that Trump later appoint McConnell’s wife, Elaine Chao, to a senior position in his administration.

The rivalry between two of the most important agencies of the American national security apparatus  -- the CIA and the Federal Bureau of Investigation, or FBI) -- along with suggestions that Trump favors the latter and distrusts the former, points to a dangerous amount of potential instability in the decision-making apparatus of the world’s leading nuclear and military power. James Comey, the director of the FBI, released an ambiguous letter 10 days before the election, reviving speculation that Clinton, the Democratic nominee, might be enmeshed in a criminal scandal. Comey retracted that suggestion a few days later, but statisticians and other experts have concluded that this unprecedented move likely influenced the outcome of the presidential election in favor of Donald Trump.

The alleged interference by Russian operatives has called further attention to President-elect Trump’s other potential conflicts of interest. Trump has appointed Rex Tillerson, CEO of the multinational oil company Exxon Mobil, as secretary of state, the leading foreign-policy position in the American cabinet. Tillerson’s company will likely profit from a $500 billion oil agreement if the new president lifts trade sanctions on Russia, which likely means Tillerson will personally profit as well. Trump’s senior staff includes individuals who are believed to have significant personal and financial relationships with Russian financiers, and Trump himself, in his career as a real estate developer, has had extensive financial and business connections with Russian banks and other companies.

In a notable departure from American political custom, Trump refused to release his tax returns and other financial information during the campaign, as major presidential candidates have done for decades. He has also refused to fully divest himself from his various businesses while serving as president. Trump’s public admiration of Russian president Vladimir Putin, possibly the man behind the alleged hacks, has also raised serious concerns among the American president-elect’s critics and other observers.

If the CIA finding of Russian meddling provides the most dramatic twist yet in the United States' bizarre election season, many Americans agree that national politics have become strange and stressful. Trump has no political or government experience and no evident qualifications for public office. He has also been embroiled in numerous scandals involving sexual harassment and sexual assault, adultery and financial fraud, and has repeatedly made statements many Americans see as offensive or vulgar.

The new American president-elect has also appeared in an adult pornographic video.

During his presidential campaign, Donald Trump was also widely and repeatedly criticized by many in both the international and American news media. He has been accused of misogyny, racism, anti-intellectual prejudice and other forms of bigotry. Many political observers in America and abroad have even suggested that Trump is an  authoritarian or a fascist.

Despite those traits — or perhaps because of them — Trump was able to win a large majority of the nation's "white" voters, a term referring to Americans of largely European ancestry. He won narrow majorities in a series of states in the north-central region of the country (known somewhat inaccurately as the "upper Midwest") that enabled him to defeat Hillary Clinton, who piled up large majorities in most of America's coastal states and large cities.

Trump’s victory is widely perceived as part of a sweeping tide of right-wing nationalism, ethnocentrism and racial resentment that can also be seen in Britain, France and several other European countries. There have been at least 900 reported hate crimes and other violent incidents in the United States against ethnic and racial minorities, as well as gays and lesbians, following Trump’s election victory. Trump was endorsed and supported by various organizations on the far right, such as the overtly racist Ku Klux Klan to a range of resurgent neo-Nazi and white nationalist groups. One of Trump's senior advisers, Steve Bannon, ran the website Breitbart News, which has been associated with white nationalist and white supremacist viewpoints.

The United States is one of the world’s few advanced democracies that does not use the popular vote to determine its presidential elections. Instead, the nation relies on an antiquated 18th-century system known as the Electoral College to make the final decision. Members of the Electoral College will meet on Dec. 19 -- not in a central location, but in the capital cities of all 50 American states -- to render what is typically a ceremonial vote for the presidential candidate who wins the national election.

But in this unusual context, there is some uncertainty about what the electors will actually do. Trump remains widely unpopular among the American people and lost the popular vote to Clinton by more than 2.6 million votes. He is besieged by scandal and rumors of impropriety or corruption that might constitute violations of the United States Constitution -- the country's founding federal document, adopted in 1789. A minor resistance movement has emerged within the Electoral College to deny Trump the presidency, sparking many public pleas and petitions. The success of these “Hamilton Electors” seems unlikely.

Trump is virtually certain to take the oath of office as president in January, and the United States' political crisis is likely to become more severe.