Sad passing: Alan Thicke, one of America's great dads for a generation of TV viewers, dies at 69 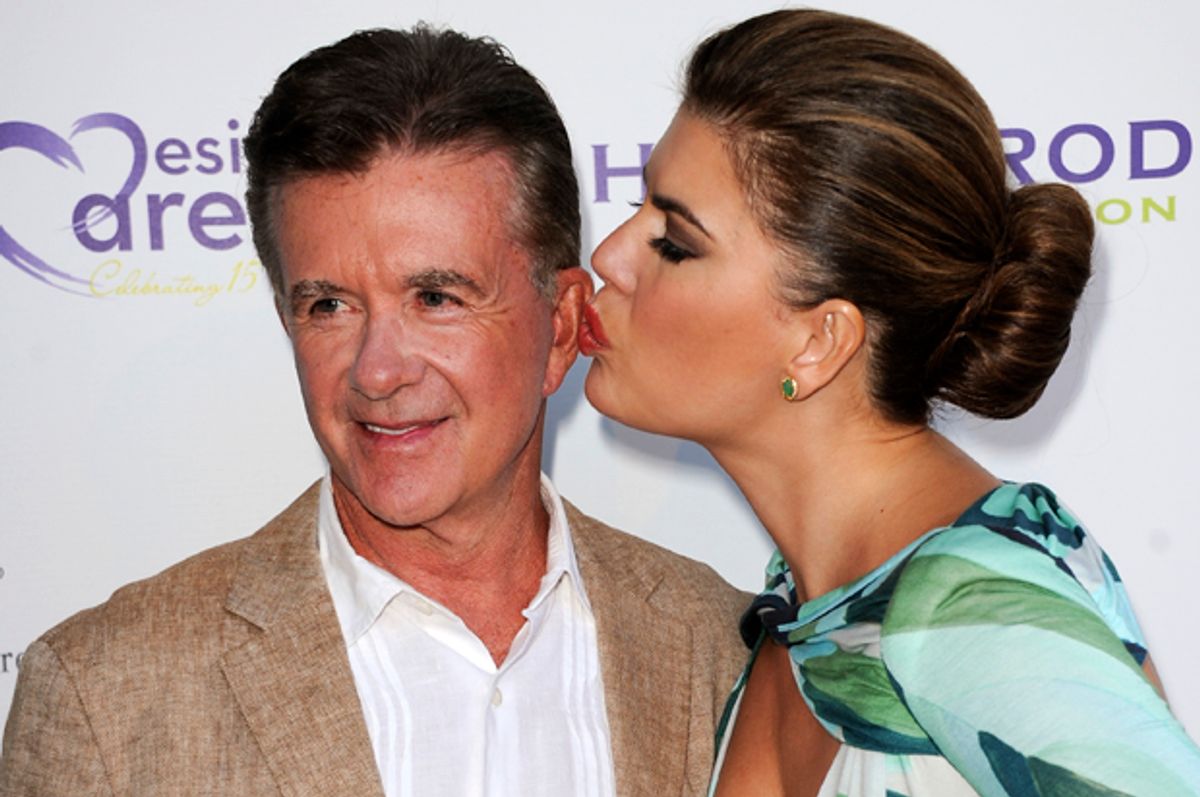 America lost a father figure on Thursday night. The beloved singer, songwriter, and actor, Alan Thicke died at the too-soon age of 69. He suffered a heart attack while playing hockey with one of his three sons, Carter.

Though the polymathic Thicke hailed from Canada and was accomplished in many pursuits, he will above all be remembered for his role as Dr. Jason Seaver on the hit 1980s sitcom, “Growing Pains.” Seaver was warm and understanding, with conservative values and a buttoned-up look; he was the idealized American father figure, a generous image of what conservatives calling to “Make America Great Again” mean. When TV Guide made a list of the “50 Greatest TV Dads of All Time,” he was ranked 37th.  The character earned Thicke the nickname, “America’s dad.”

Thicke was proud of the role and saw some of himself in Seaver. In a 2014 interview, Thicke told Katie Couric that his values were “somewhat reflected in Jason Seaver and that family” and that he loved “the fact that it resonated with people as a good family show.” Thicke, though, also had a bright sense of humor and wasn’t afraid of self-parody.

His passing has inspired an outpouring of love and heartened condolences, both from people who knew him personally and those who were touched by him through the small screen. "I spent Monday through Friday for seven important years with Alan Thicke as my 'TV dad,'” Kirk Cameron, who played Thicke’s son on “Growing Pains,” wrote on Instagram. “I'm shocked and truly heartbroken today at the news of his death. Alan was a generous, kind and loving man. I am so blessed to have grown up with him. Chelsea and I send our love and prayers to his family tonight. We will cherish the memories . . .  'sharing the laughter and love.'"

Thicke’s most famous actual son, the polarizing singer Robin Thicke, wrote on Instagram that his father “was the best man I ever knew. The best friend I ever had. Let’s all rejoice and celebrate the joy he brought to every room he was in. We love you Alan Thicke. Thank you for your love. Love, your grateful son.”

Robin’s father is the latest — and hopefully the last — of too many iconic celebrities to pass before the age of 70 this year. David Bowie, Garry Shandling, Prince, and Alan Rickman are some of the others.

Though Thicke’s death is obviously quite sad, it is rather poetic that, reportedly, one of the last things he said to his son, Carter, came while they were playing hockey; he complimented Carter on a good shot.