They're all voting for Hillary Clinton anyway 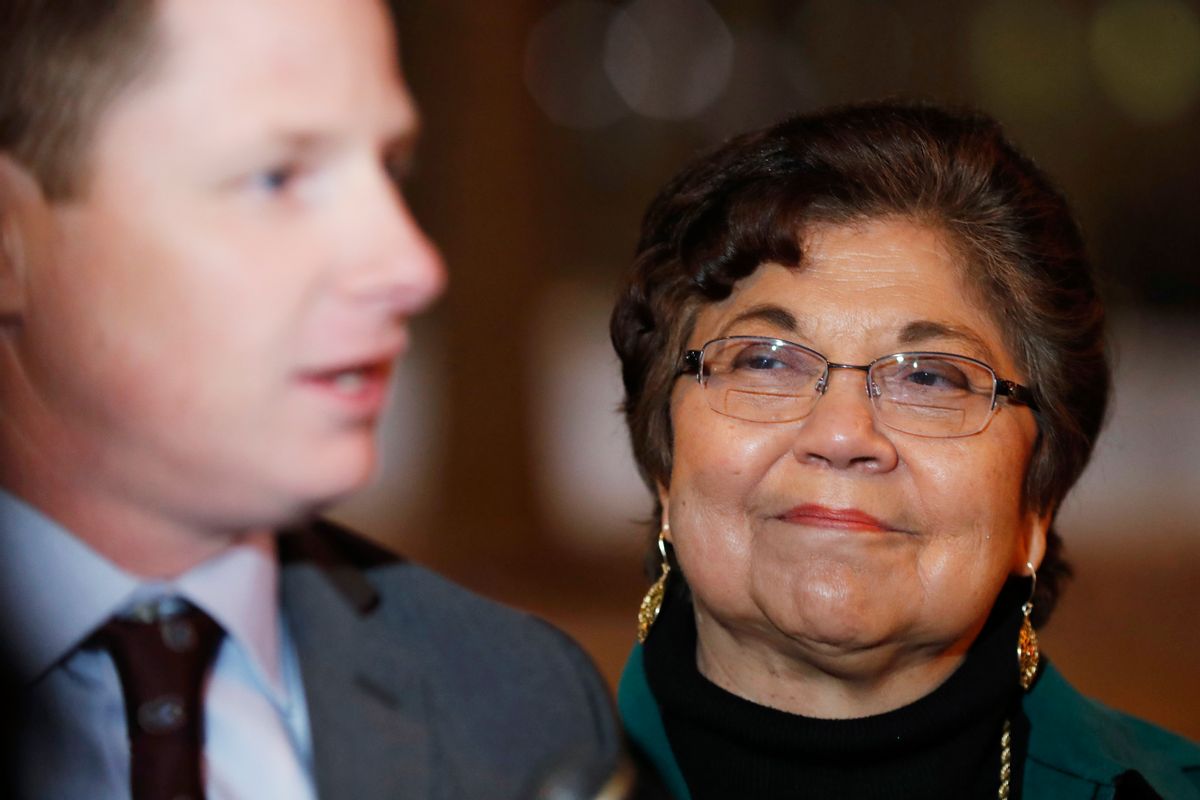 Polly Baca, right, listens as attorney Jason Wesoky speaks after arguments in a lawsuit were heard Monday, Dec. 12, 2016, outside the federal courthouse in downtown Denver. Two Democratic electors are trying to be freed of Colorado's requirement that they vote for the winner of the state's popular vote in the presidential election this past November. (AP Photo/David Zalubowski) (AP)
--

DENVER — A Colorado judge is ordering the state's nine electors to vote for Hillary Clinton.

Two electors had sued in hopes of being freed from the requirement so they could join Republicans in picking a compromise candidate who isn't Donald Trump.

The longshot effort aimed to deny Trump the presidency through the Electoral College that votes Dec. 19.

But Denver Judge Elizabeth Starrs ruled that the state's electors will have to vote for Clinton. Any who fail to do so can be replaced.

The ruling is the second against the two electors, who have appealed the other decision to a federal court.

Colorado law requires its electors to vote for the candidate who won the state's popular vote. Clinton won Colorado, though Trump won the majority of electoral votes last month.