The limits of corporate activism: Why a business boycott won’t stop Trump from repealing LGBT rights 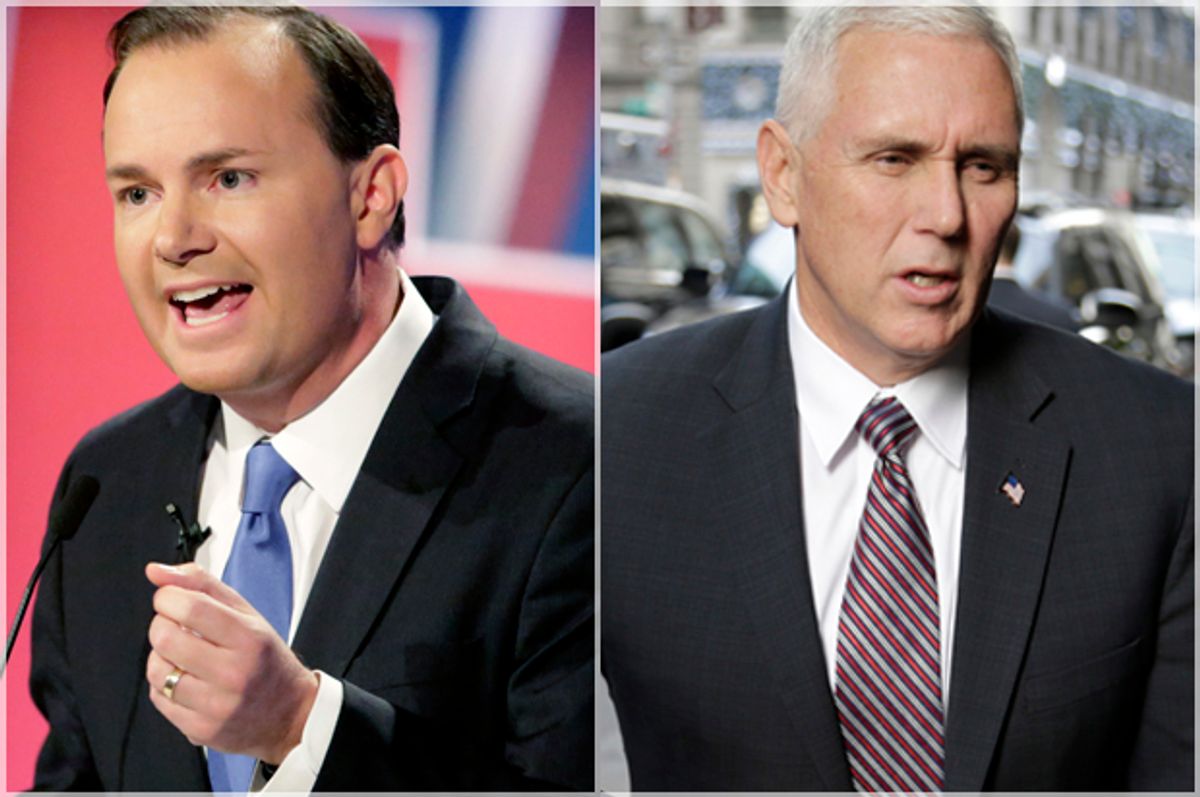 Corporate America proved itself a crucial, if unexpected, ally in fighting the repeal of LGBT rights across the country in 2016, but will intervention from business leaders be enough to stop Donald Trump?

The power of corporate activism may soon be put to the test after Rep. Mike Lee (R-Utah) announced that Congressional Republicans plan to reintroduce the First Amendment Defense Act in 2017. The bill, also known as House Resolution 2802, was first introduced in 2015 and has stalled in recent years, unable to make it to the floor for a vote. HR 2802 is extremely similar to “religious liberty” bills pushed in states like Indiana, Mississippi, and Georgia, which give businesses the right to deny services based on “sincerely held religious belief.”

A spokesman for Lee claimed that the GOP feels hopeful — given the tenor of the new administration — that the bill will pass this time around. As the governor of Indiana, Mike Pence, the vice-president elect, signed the state’s Religious Freedom Restoration Act into law, while Trump lists his support for HR 2802 on his campaign website.

LGBT discrimination was, however, short-lived in Indiana. Following the passage of RFRA, a widespread boycott of the Hoosier State from major businesses across the U.S. forced Pence’s hand, compelling him to amend the law in order to halt provisions targeting the LGBT community. That protest was spearheaded by Apple CEO Tim Cook, who announced in an op-ed for the Washington Post that the company would oppose laws antithetical to LGBT equality. “These bills rationalize injustice by pretending to defend something many of us hold dear,” he wrote.

The Indiana boycott led to a reported $60 million in economic losses for the state — with 12 conventions relocating in protest of the law.

This was a pattern that played out repeatedly throughout 2016: 1) State introduces anti-LGBT legislation, 2) business leaders vow to oppose discrimination, and 3) the law is either vetoed outright or passes at a steep cost. The Williams Institute, a pro-LGBT think tank at the University of California Los Angeles, estimated that North Carolina’s House Bill 2, which forces trans people to use public restrooms that match the gender listed on their birth certificate, would cost the state $5 billion every year it remains law.

What has made those efforts such a powerful lobbying tool is their geographic specificity. When North Carolina passes anti-LGBT legislation, companies — and other municipalities — then have the choice not to do business with them. States like New York and California, as well as at least 18 cities, banned government-sponsored travel to the Tar Heel State following the passing of HB 2. PayPal and Deutsche Bank pulled planned expansions to the state, while major sporting associations — including the NBA, NCAA, and ACC — moved upcoming championship games.

Each of these are tangible actions with easily measurable results. When the National Basketball Association yanked the All-Star Game from Charlotte, citing the league’s commitment to inclusivity, it cost the largest city in North Carolina an estimated $100 million.

But when it comes to protesting anti-LGBT hate under Trump, what exactly will businesses like Apple and PayPal do to boycott?

Let’s say, for a pure rhetorical exercise, that the First Amendment Defense Act passes both the House and the Senate and is signed into law by the president-elect, who has claimed that religious freedom is the “most important protection” in the U.S. Constitution. If signed into law, the bill would prevent the federal government from penalizing businesses and private individuals — in the form of taxation or the denial of grants — that discriminate against LGBT individuals based on their sincerely held religious beliefs.

Under the law, a clerk would be able refuse to sign a gay couple’s marriage certificate, emboldening the Kim Davises of the world. A medical provider could hypothetically refuse care to a trans patient. A landlord may turn down a lesbian couple’s application for an apartment with the virtual blessing of the White House.

Those regulations aren’t exclusive to one state, unlike laws in North Carolina or Mississippi. They’re national. That effectively nullifies any sort of bartering chip that pro-LGBT businesses have to protest discriminatory legislation.

What gives corporations like PayPal leverage is their ability to transfer jobs and resources from states that are openly hostile to LGBT rights to states that have protections in place on the basis of gender identity and sexual orientation. Were the First Amendment Defense Act passed, there’s no friendly place to move because broad-based anti-LGBT discrimination would be legal everywhere. In order to protest bills like HR 2802, PayPal would now have to relocate jobs out of the country.

Does that sound likely to you? Imagine if the NBA moved all future All-Star Games to cities London, Paris, of Rome, and Apple announced that it would be moving business to China. In this new climate, those moves would be extremely unpopular given that a crucial component of Trump’s surprise victory, was his promise to  bring back jobs to the U.S. That risk makes protest pretty unlikely for even the most pro-LGBT companies.

Trump, whose background is in Wall Street, not governance, has also built inroads with corporate America throughout his campaign, which could impede business backlash. Mary Barra, the CEO of General Motors, was appointed to a panel on job creation. Rex Tillerson, who formerly served as the CEO of Exxon, has been tapped to be Trump’s Secretary of State. Steven Mnuchin was a mortgage trader for Goldman Sachs and a producer of films like “Mad Max: Fury Road” and “Edge of Tomorrow” before he was picked to be Treasury Secretary.

That’s not to say that business leaders can’t play a role in fighting the probable onslaught of anti-LGBT legislation at the federal level. Cook, who is openly gay, has used his public platform