Despite Russia's interference in the 2016 presidential election, Republicans have grown to like Putin more 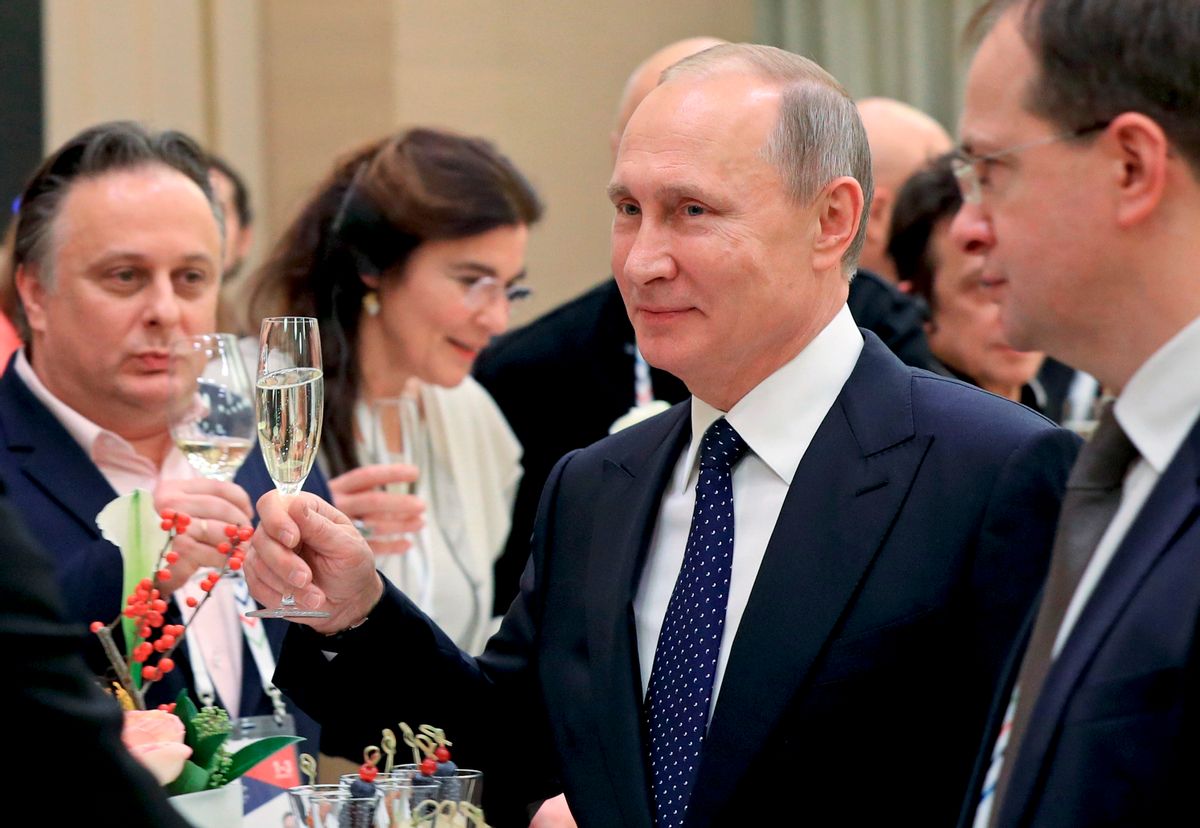 American conservatives have always had a weird adoration for Russian president Vladimir Putin thanks to, in part, his macho leadership and old-school nationalism. But following the annexation of Crimea in March 2014, most Americans — including Republicans — held an unfavorable opinion of Putin. According to a July 2014 The Economist/YouGov poll, 76 percent of Republicans didn't like him, compared to only 10 percent who did like him.

As of December 2016, the same pollsters found that Putin's net favorability had jumped 55 points among Republicans — with 37 percent saying they have a positive opinion of him.

The most recent poll's conclusion comes at a time when U.S. intelligence agencies have determined that Russia helped President-elect Donald Trump win the election by deliberately targeting his opponent, Democratic nominee Hillary Clinton. Trump, for his part, has denied Russia's involvement, tweeting that the CIA's findings should be taken with a grain of salt because "it is very hard to determine who was doing the hacking." While senate Republicans have pushed for a formal inquiry into Russia's culpability, Trump has rejected his daily security briefings and has given zero indication that he wants to know who was responsible for the cyberattack against the Democratic National Committee and the Clinton campaign.

Throughout the 2016 campaign, Trump did not even try to hide his admiration for the Russian president, calling Putin "a leader far more than our president [Barack Obama] has been." Trump campaigned on the notion that he would improve diplomatic relations with the Eastern European power.

On Monday, CrowdStrike, the security firm hired by the Democratic Party following the hack, told Yahoo News that it was "100 percent" certain that Russia was behind the attacks. CrowdStrike also said that Russia attempted to hack Democratic officials in late October, days before the election.

Right-wing media, led by Fox News anchor and radio host Sean Hannity, has portrayed the most recent reports about Russia's involvement as "liberal media fake news," which helps explain why Republicans have a distorted view of Putin, a former KGB operative.