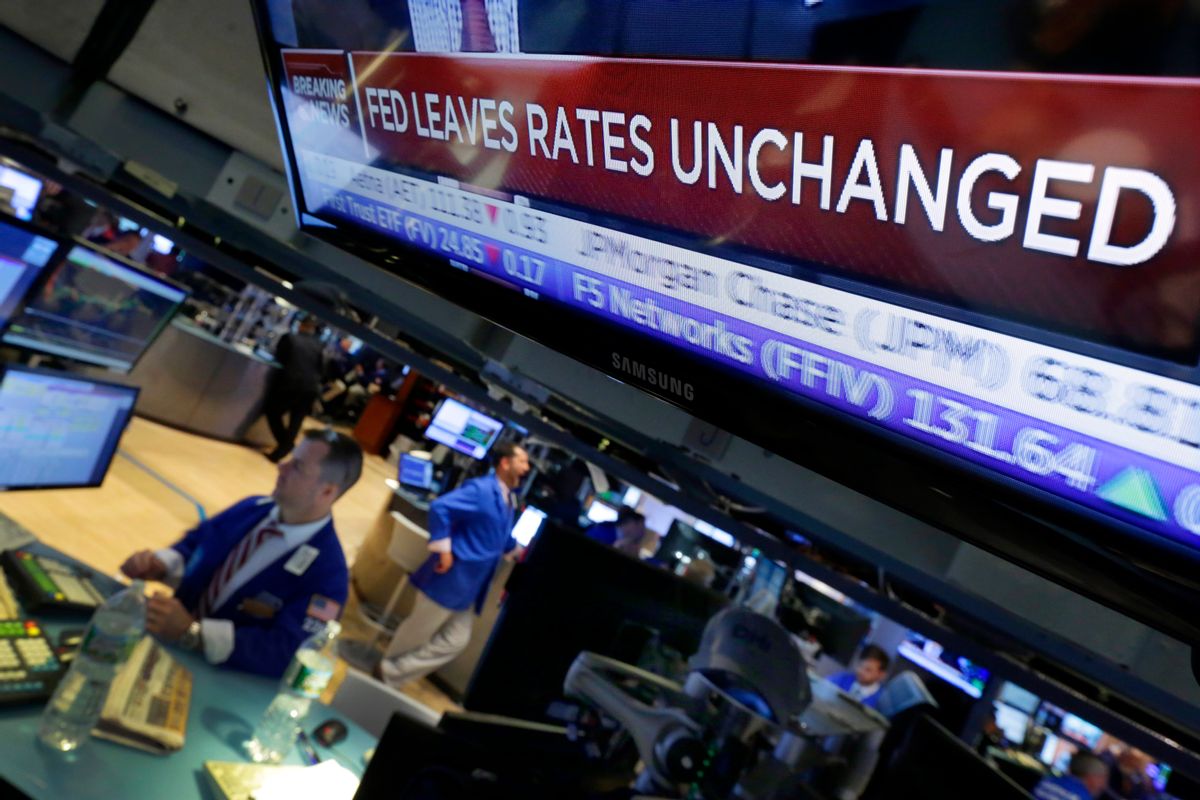 A television screen on the floor of the New York Stock Exchange shows the decision of the Federal Reserve, Wednesday, July 29, 2015. The Federal Reserve appears on track to raise interest rates later this year but is signaling that it wants to see further economic gains and higher inflation before doing so. (AP Photo/Richard Drew) (AP)
--

NEW YORK (AP) — U.S. stock indexes rose Thursday morning, led by banks and other financial companies which stand to make bigger profits with expectations of higher interest rates on the way. The dollar continued to climb against other currencies after the Federal Reserve raised its forecast for interest-rate increases next year.

GO GREENBACK: The ICE U.S. Dollar index, which tracks the value of the dollar against the euro, Japanese yen and four other currencies, jumped more than 1 percent and touched its highest level since 2002.

The dollar's value has been generally climbing since 2014 because the U.S. economy seemed to be in better shape than those in Europe, Japan and elsewhere, even though U.S. growth was still only modest. It's jumping more now after the Federal Reserve on Wednesday raised short-term interest rates and forecast three more increases next year.

DIVIDEND APPEAL DULLED: Stocks that pay big dividends dragged behind the rest of the market on fears that higher interest rates will push income investors away from them and into bonds. Utility stocks in the S&P 500 fell 0.5 percent, and real-estate stocks dipped 0.4 percent.

BREACHED: Yahoo fell $1.30, or 3.2 percent, to $39.61 after disclosing a breach that affected more than a billion user accounts, the largest such attack in history.