BULLSH**TER OF THE DAY: Sean Spicer, for the most opaque view yet on presidential transparency

The Trump apologist understands everything about conflicts of interest except conflicts. And interests 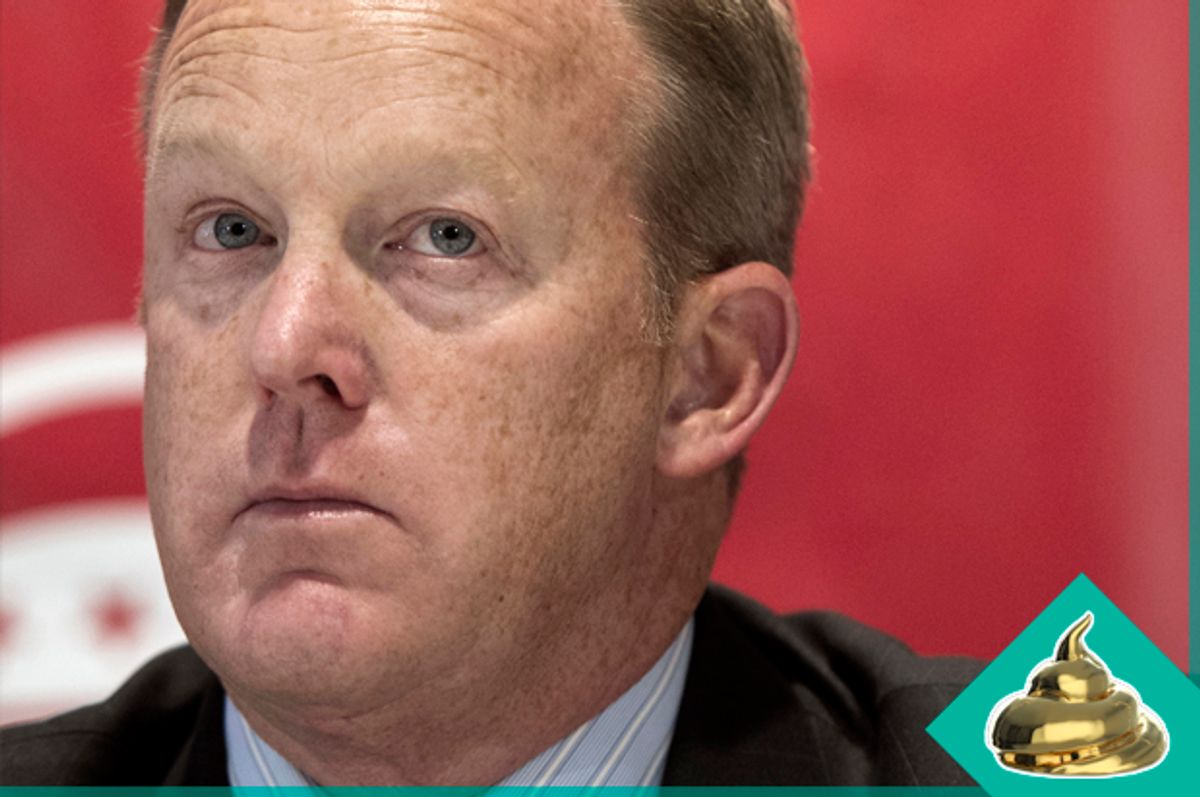 Donald Trump was supposed to hold a "major press conference" today explaining how his blatant conflicts of interest are not going to be a problem. Instead, he postponed it indefinitely, and he tweeted on Tuesday that his children (who, by the way, have front-row seats in the transition team) would be taking over the Trump business. Of course that doesn't solve the conflict of interest, it just pushes it down the Trump lineage. But lo and behold, here's Sean Spicer to try to make you think that there are no issues because they are being "transparent" about all of them.

The Trump administration is either too stupid to understand the difference between transparency and conflict of interest or they think the American people are. Conflict of interest means having, well, conflicting interests. That is, the President of the United States should always look after what benefits the majority of the people, not one of his own businesses. The Trump company should not have direct access to policy meetings – as it has had so far during the transition. And if you want to talk about transparency, Mr. Spicer, having a camera at the entrance of the building does not help in explaining how Trump (the brand) and Trump (the president) are behaving absolutely independently of each other.

We've said this before, but at this point you have to be full of bullshit to stand by the Trump administration. Just the other day, this potential pick for press secretary got into a shouting match with a CNN host about the Russian hacking of the election. We can't wait to see him in the pressroom picking out and berating individual journalists.

Bullshitter Of The Day Sean Spicer