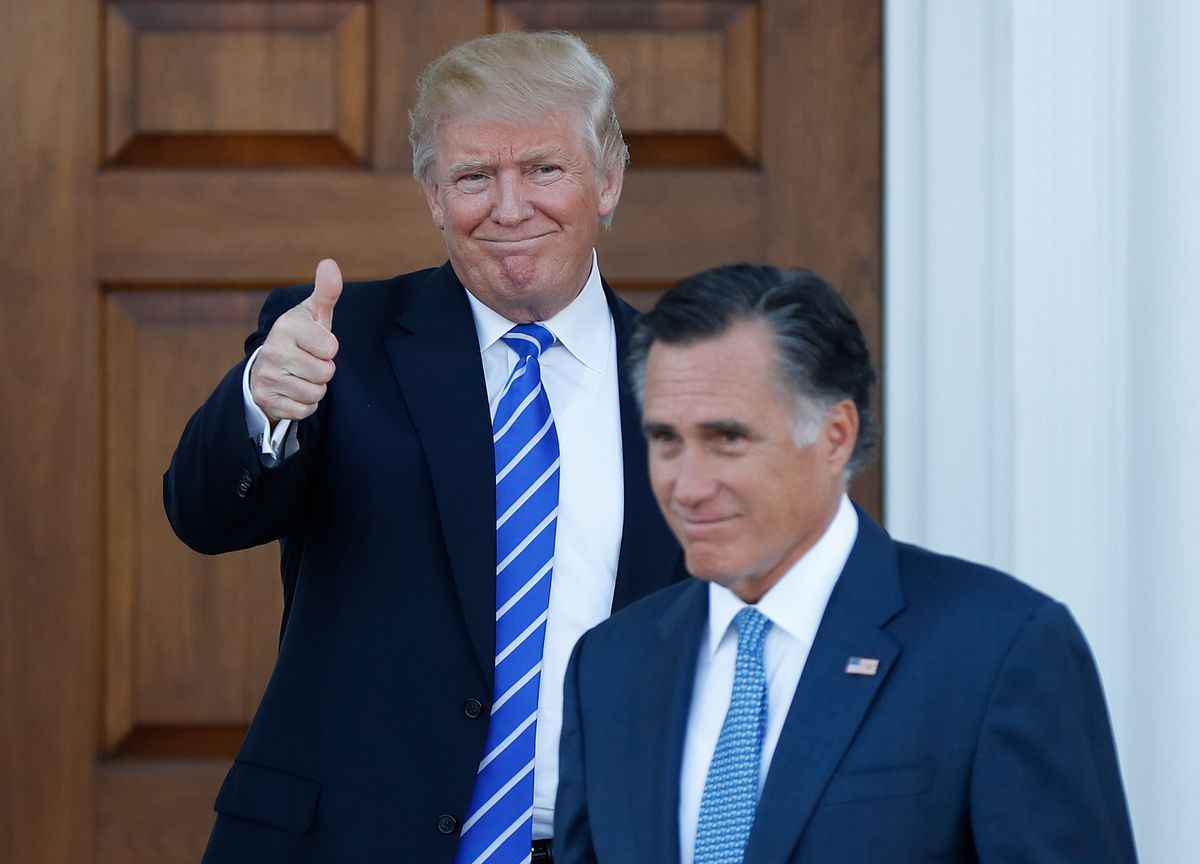 If any other president-elect wined and dined his or her mortal enemy in a pageant-like search for a secretary of state, it'd be weird. When Donald Trump brought #NeverTrump poster boy Mitt Romney to Jean-Georges for young garlic soup and sautéed frog legs, it wasn't too far off a normal Tuesday for the Twitter lord:

Despite successfully clowning one of his most prominent haters, Trump still didn't get what he wanted out of his reconciliatory dinner with the former governor of Massachusetts: an apology.

More than a week after the two had begun talking, Trump raised the possibility of a public apology with Romney as a way of mollifying those critics, the sources said. He asked Romney to say publicly he was 'wrong' about Trump

Trump personally saw it in business deal terms: He would get the mea culpa he sought from Romney; Romney would get the job he covets.

Romney, of course, refused, and Trump nominated Exxon CEO and supreme capitalist Rex Tillerson to be his secretary of state.

In March, Romney delivered a scathing speech at the University of Utah, during which he argued that if then-candidate "Donald Trump’s plans were ever implemented, the country would sink into prolonged recession."

Just hours thereafter, on stage at a rally in Maine, Trump called Romney — who ran unsuccessfully against incumbent President Barack Obama in 2012 — a "choke artist" and a "failed candidate."

In the same speech, Trump infamously said Romney "was begging for my endorsement [in 2012]. I could have said, ‘Mitt, drop to your knees,’ he would have dropped to his knees,” which some construed to be a sexual innuendo.