Not just Standing Rock: Other water sources along Dakota Access pipeline at risk

The pipeline crosses more than 200 bodies of water 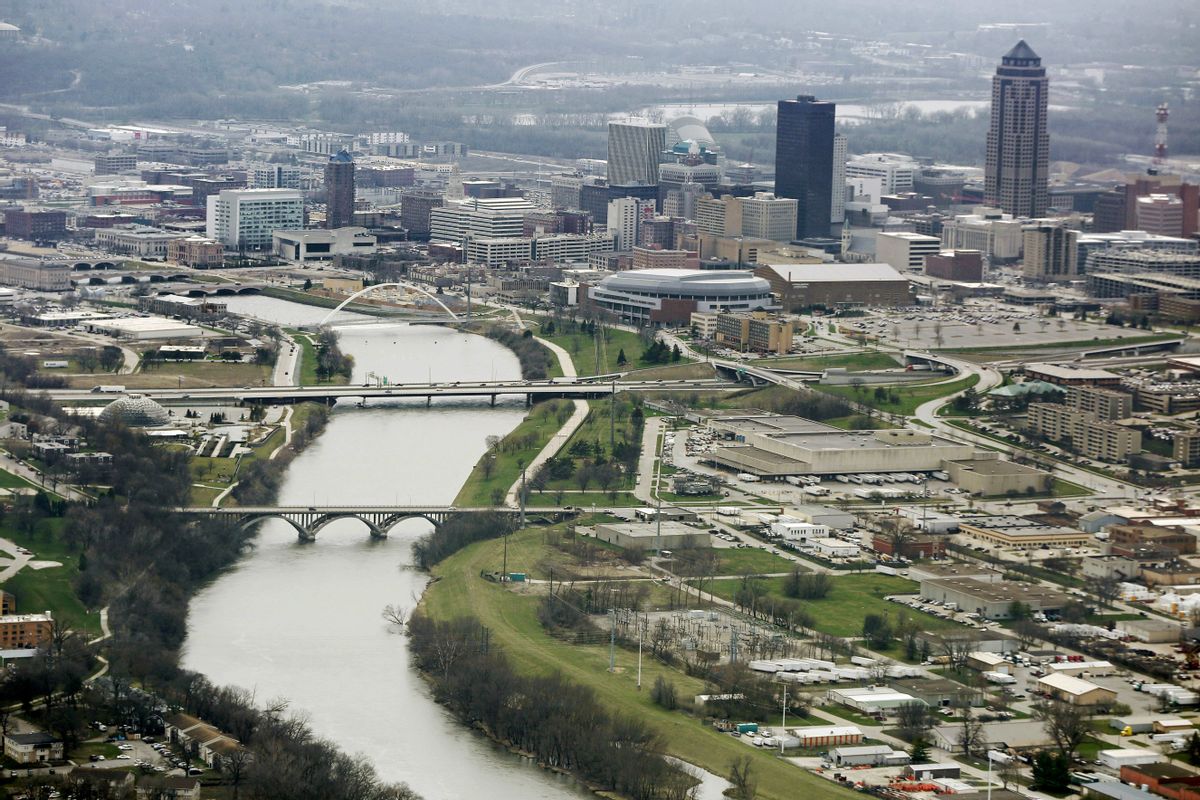 DES MOINES, Iowa — A Native American tribe's fight over its water source has grown into an international cause, with all attention focused on the Dakota Access pipeline's route in southern North Dakota. But contractors on the project, which passes through three other states, have been drilling under and through rivers that are equally critical water sources for hundreds of thousands of people.

One city managed to avoid the situation — Bismarck, North Dakota, the center of government in the oil-rich state and home to 67,000 people. Others, including Des Moines, Iowa, didn't, despite protests that led to arrests.

At issue is whether a breach in the $3.8 billion project, being built by Dallas-based parent company Energy Transfer Partners, will affect drinking water, given that it crosses more than 200 water bodies, including the Des Moines and Raccoon rivers. While utility officials in Iowa acknowledge it's likely there'll be an issue in the future, they're confident a leak won't affect the quality of the water.

"I think it's important to note that it isn't a matter of if there'll be eventually some kind of leak or rupture of the pipeline it's a matter of when and so we certainly want to be vigilant and have measures in place," Des Moines Water Works CEO Bill Stowe said.

Energy Transfer Partners counters that the 1,170-mile pipeline will be safe, with devices placed throughout to track pressure, temperature, density and flow that'll be monitored around the clock by people who can remotely shut off oil flow. Such emergency valves are on either side of the Des Moines and Raccoon rivers, ETP spokeswoman Vicki Granado said.

Pipe was laid early this month under the Des Moines River, and the route also crosses the Raccoon or its tributaries at three locations upstream from Des Moines, a city of more than 200,000 residents.

Stowe, whose utility has a half-million customers, said there is a plan to deal with an oil leak, and he works with the U.S. Department of Transportation to ensure regular inspections and appropriate flow-stopping measures. He's more concerned about more commonplace water threats: spills from tanker trucks carrying anhydrous ammonia or petroleum products, as well as farm wastewater spills, sewage leaks and other contaminants.

The Dakota Access pipeline also crosses underneath the Mississippi River, which is a source of water for about 4,000 people in the southeast corner of Iowa and close to a water-treatment plant for the city of Keokuk. The utility's officials voiced concerns to the Iowa Utilities Board, telling them that a preferred a route would be south of the city's intake, but the route wasn't changed. A leak could reach the intake within an hour.

Up in North Dakota, an early plan had the Dakota Access pipeline crossing the Missouri River 10 miles north of Bismarck, but the government rejected it in September 2014 because of the potential drinking water supply threat, the number of water and wetland crossings and proximity to homes, documents show.

Instead, it was run near the Standing Rock Sioux reservation, which depends on water from Lake Oahe, a Missouri River reservoir. The tribe took ETP to court over the water threat as well as threats to cultural artifacts, and an encampment protest on federal land swelled to thousands at one point.

On Dec. 4, the Army decided to keep ETP from drilling under the river and look at alternate routes — preventing the completion of the pipeline for now.

Protesters also tried to stop the pipeline from crossing the Des Moines River, confronting workers. But they weren't successful.

Carolyn Raffensperger, executive director for the Iowa-based environmental group Science and Environmental Health Network, noted the frustration she felt while watching the drilling and pipe installation. She has filed legal challenges and criticized the regulatory process for pipeline permitting, saying the layers of bureaucracy makes it difficult for citizens to be heard in any significant way.

"The problem is a very little bit of oil can make a very big mess," she said. "We don't want to drink any oil."