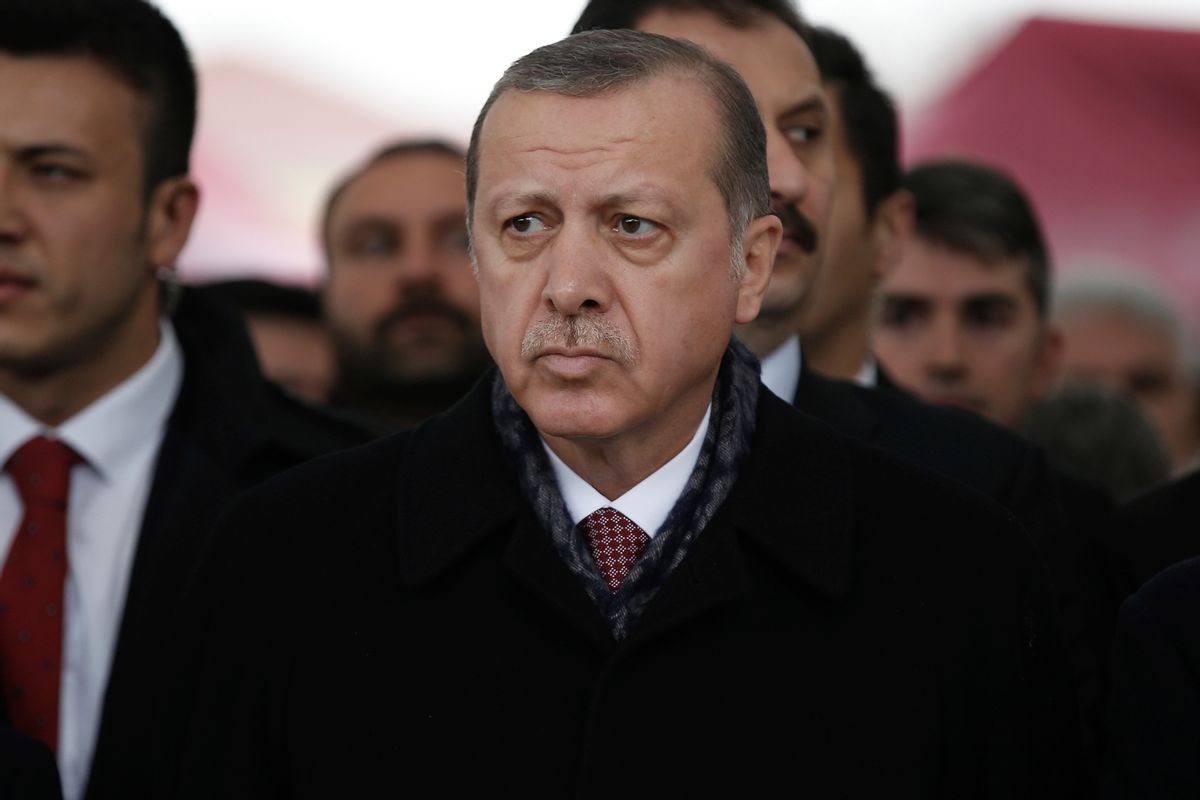 Turkey's President Recep Tayyip Erdogan attends the funeral prayers for police officer Hasim Usta, who was killed with dozens of others late Saturday outside the Besiktas football club stadium Vodafone Arena, in Istanbul, Monday, Dec. 12, 2016. Turkey's police rounded up more than 100 members of a Kurdish political party on Monday as the country mourned the dozens killed in a bombing attack near an Istanbul soccer stadium. Turkish authorities have banned distribution of images relating to the Istanbul explosions within Turkey. (AP Photo/Emrah Gurel) (AP)
--

ISTANBUL — An international rights group says Turkey has "all but silenced independent media" in an accelerating crackdown on journalists who are being detained on "bogus charges" including terrorism.

Human Rights Watch said in a new report released Thursday that the media crackdown sharpened in the wake the failed July 15 coup.

HRW's Europe and Central Asia director, Hugh Williamson, said that "the Turkish government and president's systematic effort to silence media in the country is all about preventing public scrutiny."

He said 148 journalist and media workers have been detained under the state of emergency.

The government says it is fighting a multi-prong war on "terrorists," a term used in reference to coup backers, Kurdish militants and the Islamic State group.