There's been no love lost between Duterte and the Obama administration 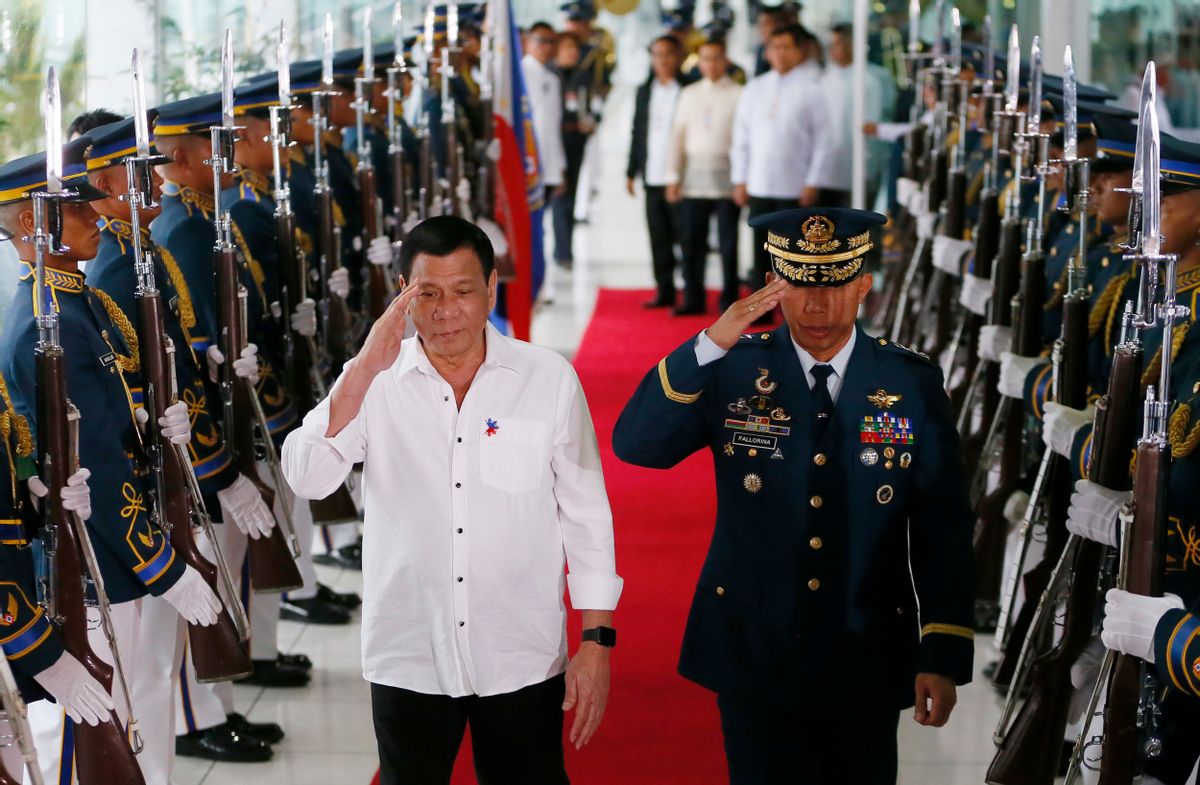 Philippine President Rodrigo Duterte salutes the honor guard prior to his departure for Cambodia and Singapore for official visits to the ASEAN neighbors, Tuesday, Dec. 13, 2016 at the Ninoy Aquino International Airport in suburban Pasay city south of Manila, Philippines. Duterte said his trip to ASEAN neighbors is in preparation for the upcoming ASEAN summits which the Philippines is hosting late next year. (AP Photo/Bullit Marquez) (AP)
--

WASHINGTON — The White House says recent boasts by Philippine President Rodrigo Duterte that he used to drive around looking for criminals to kill are "deeply troubling."

Duterte said in a speech on Monday that as a former mayor he'd patrol on a motorcycle hunting for criminals to kill to set an example for police to follow. Duterte said he was "really looking for an encounter to be able to kill."

White House spokesman Josh Earnest says those comments are at odds with the Philippine government's commitment to the rule of law. He says the U.S. remains concerned about extrajudicial killings by Duterte's administration. Earnest says the U.S. supports a thorough, credible and transparent investigation.

Duterte's harsh crackdown on illegal drugs has led to thousands of deaths in police gunbattles.