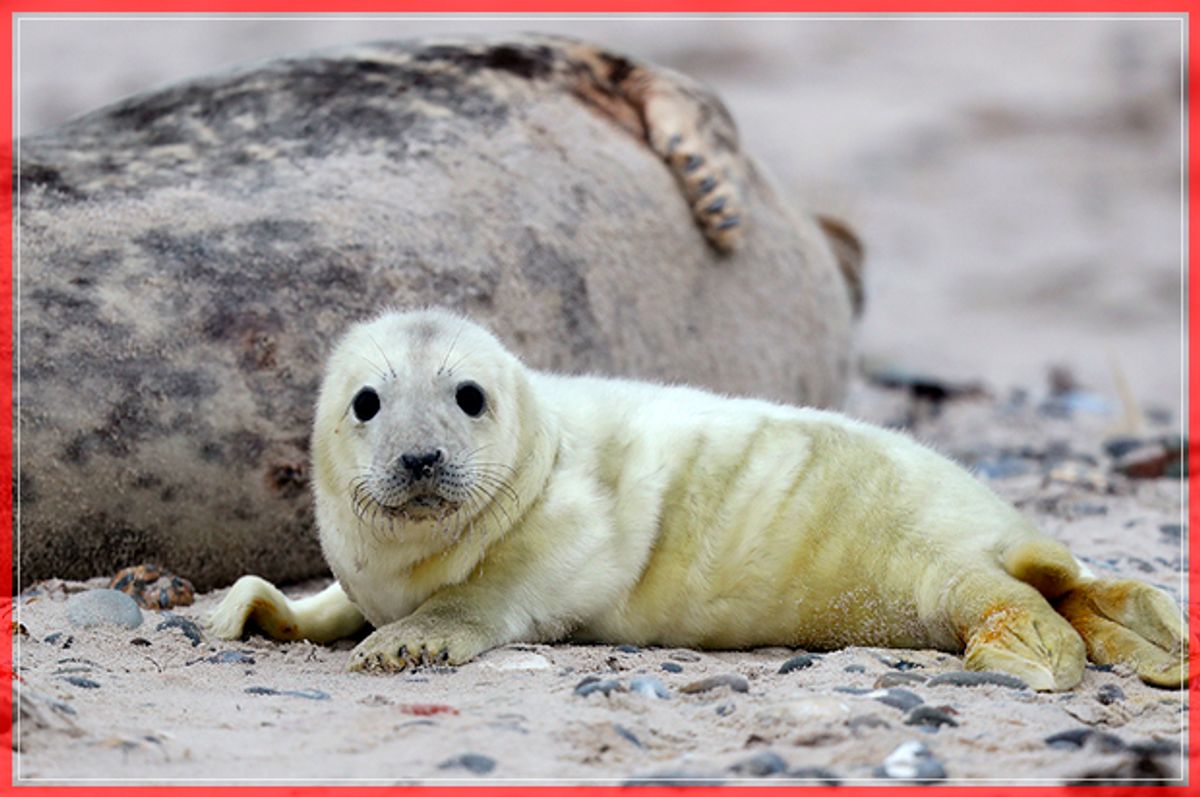 HELGOLAND, GERMANY - DECEMBER 16: Mother and pup Atlantic grey seals (Halichoerus grypus - in German: Kegelrobbe) lie on the beach on December 16, 2016 on the Duene portion of Heligoland archipelago, Germany. A local environmental organization claims a record number of pups are being born this season, with 325 recorded as of December 15. Heligoland (in German: Helgoland) lies approximately 70km off the German coast in the North Sea. (Photo by Sean Gallup/Getty Images) (Getty Images)
--

Brisbane, Australia   Bradley Kanaris/Getty
Fans watch the Cricket from the pool as the sun sets Ah, cricket. The sport that no American understands. Apparently these things are just excuses to get drunk and relax while something boring in front of you happens for hours at a time. Kinda like NASCAR, actually. Sticky wicket, tally ho and all that junk. Just know that it's still OK to see this and complain about the twisty slide at a baseball game. "You are not the father!" The Maury Povich show is very popular among the German seal community. This image appears to show that receiving a gift is perhaps a universally gratifying event. Let's just hope this tiger's Christmas giftwrap is animal-friendly, as cat-owners know they often prefer wrapping paper and cardboard boxes to presents within.