WATCH: Kurt Eichenwald faces off with Tucker Carlson in one of the oddest interviews of 2016 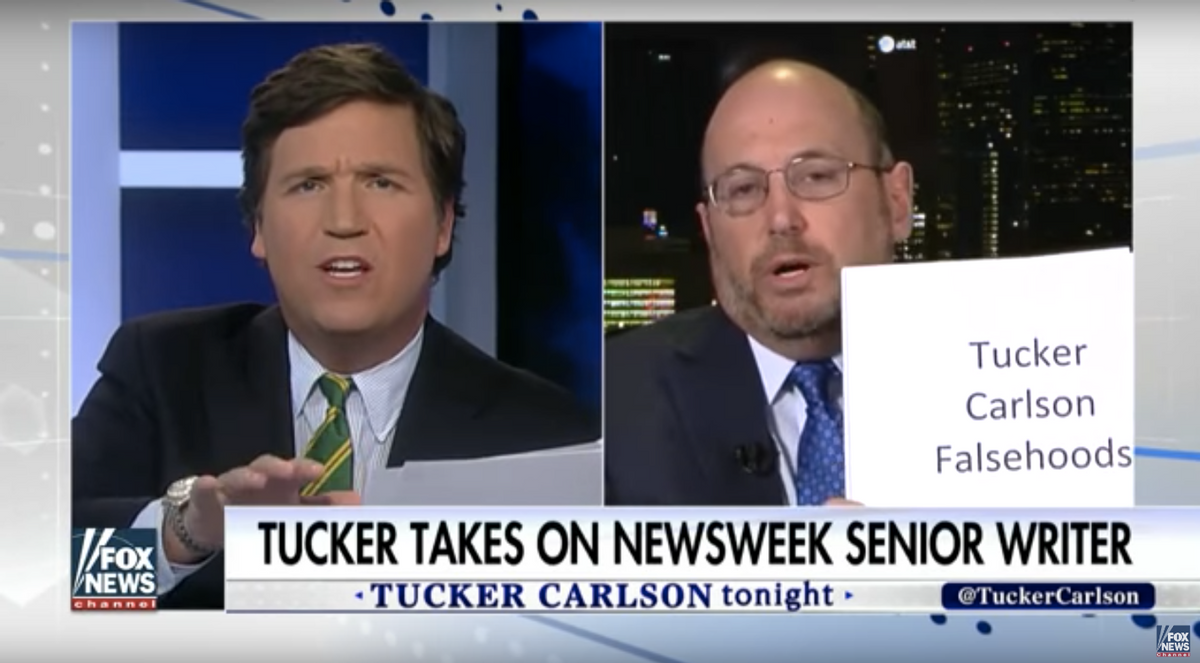 Kurt Eichenwald appeared on Tucker Carlson’s Fox News show Thursday night, resulting in a cringe-worthy interview that will go down as one of the oddest in 2016.

Carlson led off the interview by accusing the Newsweek writer of partisanship, reading past tweets from Eichenwald that crudely attacked President-elect Donald Trump. Carlson then bluntly asked Eichenwald, "Do you believe you are practicing journalism?"

The interview derailed from there.

Eichenwald responded by revealing a fat three-ring binder he brought with him to the interview that supposedly contained all the falsities Carlson had ever reported. Before they had a chance to dive into the Fox News host's own wrongdoings, Eichenwald attempted to explain a now-deleted tweet he wrote in September which alleged that Trump was institutionalized in a mental hospital for a nervous breakdown in 1990.

Well...this is a twist. @kurteichenwald pic.twitter.com/vkn6b6qbWO

Watch the insane interview below:

The story of Trump's institutionalization was never published, ostensibly because Eichenwald could not confirm the story's veracity.  In a now-deleted tweetstorm following the interview on Thursday night, Eichenwald said that he qualified his tweet about Trump's alleged nervous breakdown with "I believe" and therefore his claim could not be construed as a news report.

.@kurteichenwald deleted his tweetstorm about @TuckerCarlson. I managed to screenshot most of it. pic.twitter.com/PxH79OnqWh