Here are your coffee break Cliff Notes - from Aleppo to Zsa Zsa Gabor, dead at 99. 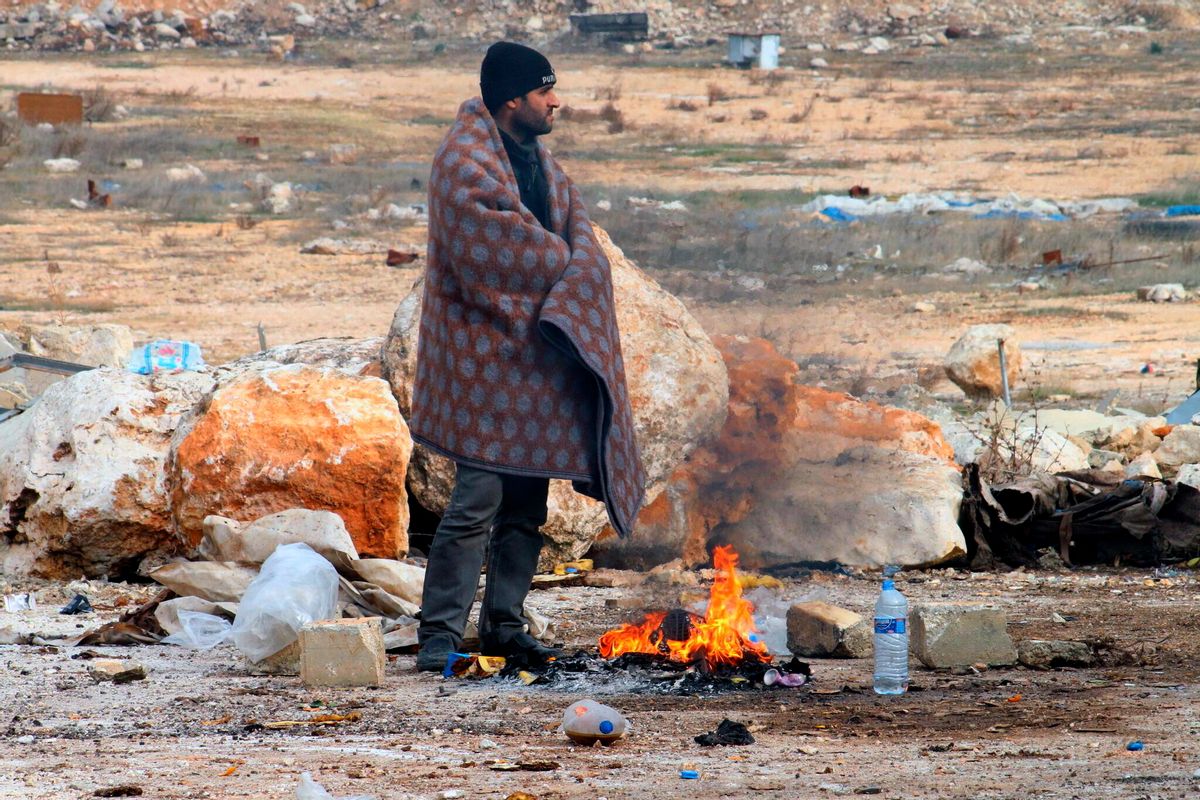 This image released on Friday, Dec. 16, 2016 by Aleppo 24, shows a man of eastern Aleppo standing next to a fire in western rural Aleppo, Syria. As the last holdouts leave the rebel-held enclave in Aleppo, they speak of their love for the city despite witnessing so much destruction and death. Bit by bit over three weeks, the government offensive chipped away at their last refuge. (Aleppo 24 via AP) (AP)
--

After a U.S. presidential campaign that emboldened white identity politics, the black separatist group Nation of Islam positions itself as newly relevant.

Zsa Zsa Gabor , who made a career out of multiple marriages, conspicuous wealth and jaded wisdom about the glamorous life, died at age 99.

6. WHERE OFFICIALS SAY IT'S NOW SAFE TO DRINK THE WATER

Corpus Christi, Texas, lifts a nearly four-day ban as tests show no contamination to the water supply after a chemical leak.

Huron, South Dakota records a record-breaking low of minus 31 as a blast of bitter cold rolls into the region.

8. WHAT CALIF. WANTS TO STOP FROM FLOODING ITS PRISONS

The state is installing nearly 1,000 metal detectors, scanners and cameras to stem the flow of smuggled cellphones to inmates.

That's what Sen. Charles Schumer says about electronic cigarettes , which he says should face a recall as the FDA identifies 66 explosions of the devices in 2015 and early 2016.

Less than a third of the 840,000 gallons that gushed from a pipeline break has been recovered, a state environmental scientist says.