Can the sharing economy ever be equally shared? Airbnb officially changed its terms, but it might not matter

How do you keep people’s worst impulses from shaping who gets to participate? 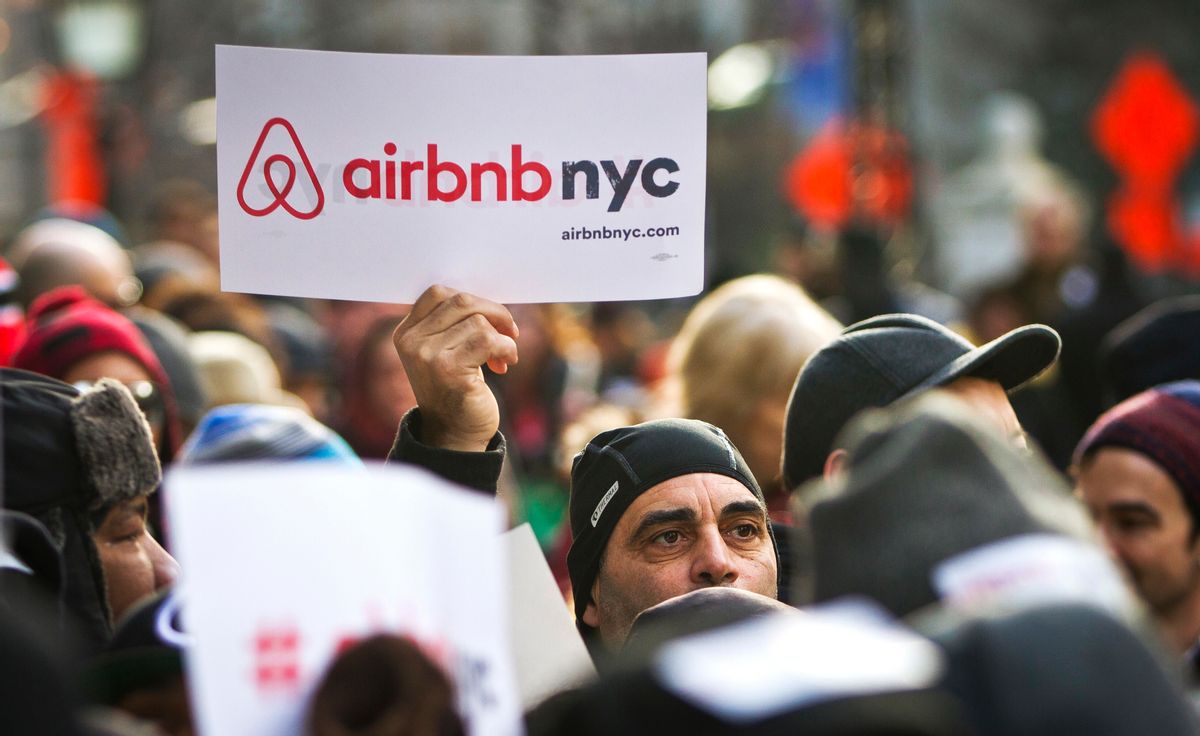 This article first appeared on Grist.org.

Last week, when you logged on to popular home-sharing app Airbnb, you may have been prompted to accept new terms before continuing to the site. Along with some routine policy and procedural changes, you had to tick a box agreeing “to treat everyone — regardless of race, religion, national origin, ethnicity, disability, sex, gender identity, sexual orientation or age — with respect, and without judgment or bias.”

It’s an unusual promise for a tech company to elicit, but for Airbnb, it’s been a long time coming.

When San Francisco entrepreneurs Joe Gebbia, Nathan Blecharczyk and Brian Chesky launched Airbnb in 2008, the company promised to provide anyone a chance to book faster, cheaper travel accommodations, anywhere in the world. As it grew to an estimated worth of $30 billion, as much as Hilton and Hyatt combined, its logo was branded as a universal symbol of belonging — but some users didn’t feel at home. Many had repeated trouble booking places on Airbnb, with hosts ignoring their messages or suddenly making their homes unavailable. These users are, overwhelmingly, black.

Now, as Airbnb takes the first steps to address biases among its users — and its own approach to communities — it’s worth asking: In an economy increasingly dominated by peer-to-peer sharing, from Airbnb to Uber, how do you keep people’s worst impulses from shaping who gets to participate?

Research shows that ride-sharing apps like Uber and Lyft can reduce emissions by minimizing the need for private cars. Home-sharing platforms, likewise, may be a less resource-intensive alternative to hotels. Airbnb itself claimed that, compared to conventional hotels, peer-to-peer lodgings could save 9.5 million metric tons of greenhouse gas emissions in 2025. (Take that claim with the requisite grains of salt — the long-term role of the sharing economy in consumer behavior is still unclear.) Sharing our resources is one piece of a more sustainable future — but can the sharing economy ever be equally shared?

In 2014, online civil rights advocacy organization Color of Change contacted Airbnb after one its founders had trouble booking a room to attend a board meeting. Although the organization is known for its public campaigns and petitions, it also does a lot of behind-the-scenes corporate accountability work — so it approached Airbnb about the problem. “Let’s talk about this and figure out a solution that’s equitable for black folks,” said Color of Change senior campaign manager Anika Collier Navaroli, describing the organization’s first attempt to reach out to Airbnb. But a solution proved elusive; after several conversations, Airbnb hadn’t made any changes to their policy or practices. (Airbnb declined several requests to comment for this story.)

Other users continued to have trouble. One Airbnb user, Quirtina Crittenden, was frustrated that her rental requests were consistently rejected by hosts with flimsy, last-minute excuses. But once she shortened her name to Tina and changed her profile picture to a cityscape that gave no indication of her race, she started getting approved for homestays.

In response, Crittenden shared her experience, starting the hashtag #AirbnbWhileBlack in July 2015. Others soon piled on to vent their frustrations. The problem was widespread — one recent study found that the acceptance rate on Airbnb is 16 percent lower for guests attempting to book accommodations with distinctly African American names. (Hosts of color may also experience discrimination, which affects how much they can charge for a listing.) In May 2016, one Airbnb user even filed a lawsuit against the company, alleging the platform had violated his civil rights.

With a looming court battle and a major PR challenge, Airbnb reached out to Color of Change once more, along with dozens of other organizations and individuals who tackle racial inequity. The company even recruited former Attorney General Eric Holder to help shape its new anti-discrimination policy. Laura Murphy, a former ACLU lobbyist lauded for her work on racial justice, joined the efforts, authoring a lengthy report that Airbnb published this September. The report included the nondiscrimination policy, as well as a plan to get the company to where it wants to be on equity — not just for hosts and guests, but within the organization itself.

That kind of lofty goal-setting might sound unrealistic. But at least one other startup has had some recent success combating discrimination on its platform. In March of last year, Fusion detailed how neighborhood social network Nextdoor had become a magnet for racially charged comments about black neighbors. The company immediately started working to implement changes, and, by August, the new test version had reduced racial profiling by 75 percent. It worked so well that the company implemented the changes for all users. Now, when users file a “crime and safety report,” the app makes a distinction between a crime and suspicious activity. And if users mention race, an error message pops up, asking for additional details to describe the person. Other users can also flag troubling posts for moderators to review. It’s far from perfect, but the changes demonstrate that it’s possible to influence user-fueled racial inequity online.

Plenty of critics have suggestions for how to solve discrimination and bias on Airbnb’s network. Some claim that removing photos is one easy, tangible move. A host can’t discriminate on the basis of race if she doesn’t know a potential guest’s skin color, or so goes the argument. But studies indicate that stereotypically black-sounding names alone are frequently discriminated against. And removing names and photos altogether, as some have suggested, isn’t necessarily an ideal solution, either.

Hence the “community commitment” Airbnb users are now being asked to make, after receiving a heads-up about the changes at the end of October. Users can choose to accept or decline the commitment; if they decline, they will no longer be able to rent their homes or book accommodations on Airbnb. Color of Change’s Navaroli is pleased with the company’s determination to engage its users. “It is actually committed to getting this thing right.”

McGill Johnson agrees that the move to get users to consciously commit to being non-discriminatory is a good thing, but that only addresses part of the problem. Research indicates many people who explicitly think of themselves as unbiased still hold implicit biases. And they act on them — even in matters of life and death. One study found that doctors treating heart-attack patients unconsciously exhibited preferences to treat white patients with life-saving procedures. Another study indicated that close to 90 percent of white judges held similar pro-white biases. Nationally, 88 percent of white people hold an implicit bias against black people, while 50 percent of black people also exhibit a bias against people of their own race, according to testimony from Harvard psychologist Mahzarin Banaji, who helped develop the implicit bias test. On sharing networks, black users may be affected by these widespread, unconscious preferences for white users. (If you, reader, think you’re immune to implicit bias, try testing yourself online.)

McGill Johnson points out that Airbnb could start to address implicit bias by tracking what happens after users consciously agree to eliminate bias. If some users still exhibit implicit preferences by persistently denying black travelers requests, there could be further penalties or training.

In the meantime, the company has just started to offer training to help its users recognize and address their biases. The training, which is offered to hosts online, covers the basics of implicit bias, including an explanation of why we hold biases and what the consequences of those biases are. In an email, Airbnb spokesperson Nick Papas wrote that the company is “working to further promote it and offer incentives for completing it” but declined to clarify how many hosts have participated in the training since it became available last month.

Of course, the challenge that black users face on community-based networks predates Airbnb. During Jim Crow, black travelers relied on the Green Book, a guidebook that listed gas stations, restaurants and hotels that served black patrons — not just in the South, but across the United States. It printed its last guide in 1966, shortly after the Civil Rights Act of 1964 and the Fair Housing Act forbid racial discrimination in any housing, including hotels, motels and inns. Its publisher, Victor Green, wrote, “It will be a great day for us to suspend this publication for then we can go wherever we please, and without embarrassment.”