"I couldn't do my work without U.S. science": Scientists are saving climate data — this is why it matters

As long as data remains public, scientists will be able to keep exploring the ways our planet is changing 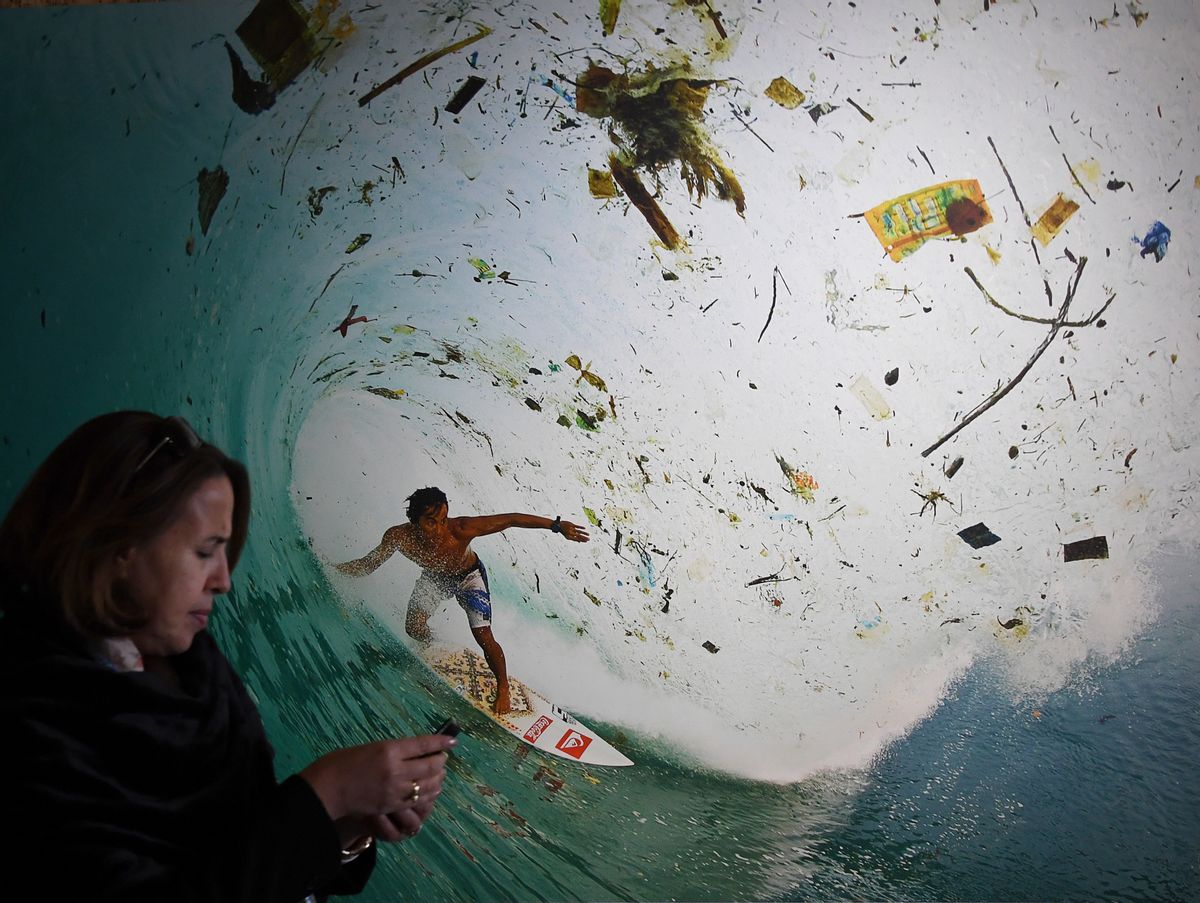 In recent days, efforts have sprung up to archive climate data on federal sites. They’ve been spurred by fears that the Trump administration could take a hostile stance toward climate science and that budget cuts could make data less accessible.

While the administration hasn’t said it’s going to erase or curtail access to climate data, appointments to the Trump transition team and the views of his cabinet nominees have set alarms bells ringing. And with good reason. The data that NASA, EPA, the National Oceanic and Atmospheric Administration, the U.S. Geological Survey and countless other federal agencies collect is essentially the bedrock of scientific enterprise.

That data provides the basis for the forecasts you see on the Weather Channel in the short-term, and aggregated over years and years, it shows how the climate is changing. In that capacity, it provides crucial clues about what the future may hold as manmade carbon emissions continue to alter the planet.

A number of independent groups of scientists, technologists and journalists are working to get a snapshot of crucial U.S. government datasets and mirror it on private servers should access be curtailed.

“These are products funded by taxpayers who own the intellectual property and should be granted unfettered access,” said Ryan Maue, a meteorologist who works at the private weather firm WeatherBell and is an adjunct scholar at the conservative Cato Institute. “Whether it is climate, space science or healthcare, Americans should have confidence in the federal scientific infrastructure beginning with sound data practices.”

Scientists, help us: What would you back up next?https://t.co/URMLRV4d2y

There are plenty of ominous signs that climate science will be under assault in the coming four years. Trump himself has called climate change a hoax. His transition chiefs at the Environmental Protection Agency and NASA are climate deniers. Transition officials at the Energy Department circulated a questionnaire that included questions about climate research (which the Trump transition team has since said "was not authorized" for distribution).

Trump has nominated a cadre of climate deniers to his cabinet where the most moderate views come from Rex Tillerson, the head of the world’s largest private oil company that’s responsible for more than 3 percent of the world’s historic carbon pollution.

Climate Central interviewed nearly a dozen scientists to hear how they use federal data. Their responses show that American data is crucial for understanding everything from big questions about how carbon dioxide moves around the globe to tiny ones like how tides are affecting sand crabs on South Padre Island in Texas. Its usefulness extends beyond pure science questions to ones about infrastructure, forest management, climate negotiations and insurance rates. 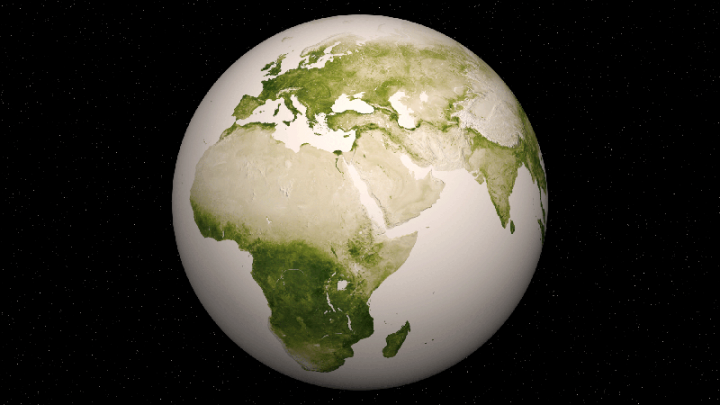 “It’s hard to underscore the importance and value of NOAA data for the insurance industry,” Steve Bowen, a meteorologist at re-insurance firm Aon Benfield, said. “There are so many different uses that it is hard to entirely qualify or quantify the significance.”

That includes real-time data during extreme events that can help insurance adjusters address claims and long-term datasets that help calibrate disaster models for setting rates and ensuring those models actually reflect what happens when disaster strikes.

“The robust NOAA data suite is a very critical component to this process, and as the quality of data continues to improve, it is more imperative than ever that it becomes easier to access,” Bowen said.

Other private firms also rely on NOAA data as a key part of their business. Craig Perko, a programmer at home solar energy firm Solar Wave, said that they regularly use NOAA data to measure how much wind and sun sites would get during various seasons and compare how well systems perform versus forecasts.

Carbon dioxide measurements provide a measuring stick for how successful climate talks are. But they also backstop research looking at more local issues.

Kendra Chritz, a postdoctoral researcher at the University of Utah, is studying urban tree rings to understand how traffic changes as cities grow. The carbon dioxide measurements taken by NOAA-managed observatories at Mauna Loa in Hawaii and Barrow in Alaska help her filter out the background trends in carbon dioxide.

“There are not many places in the world that have long-term historical data on atmospheric CO2 and radiocarbon measurements of the atmosphere,” she said. “I simply couldn't conduct my research without federal databases.” 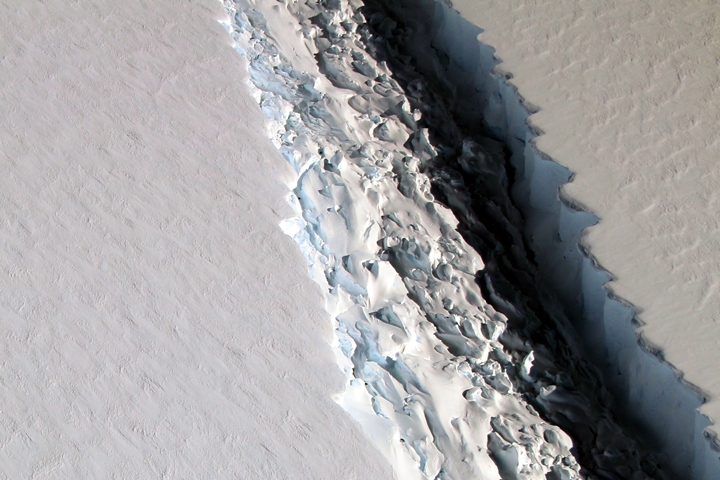 Scientists also rely on satellite data to understand how ice sheet changes in far off places could have impacts closer to home. Mike MacFerrin, a polar researcher at the Cooperative Institute for Research in Environmental Sciences, said imagery from NASA Terra and Aqua satellites and flights coupled with USGS LandSat-8 data from Greenland help “quantify and map this surface melt and saturation when it happens in the summer.”

That in turn gives MacFerrin and other researchers clues of how much ice is ending up in oceans and how high sea levels are rising. That’s vital information for coastal planners in cities like Miami that are already working to keep up with surging seas.

Other researchers said they used NOAA climate data to model the spread of forest pests and understand what future habitats might be most appealing. The value of U.S. data extends across borders, too.

“I'm not American, but I couldn't do my work without U.S. science,” said Rob Williams, a marine biologist who runs a Canadian-based conservation group. “It's not just American innovation that would take a hit if U.S. federal datasets disappeared. Our ability to meet global commitments to biodiversity conservation and environmental monitoring would also take a hit. Data sharing (from U.S. agencies) underpin sustainable fisheries and sustainable development.”

NASA has been tracking how scientists have been using its data for more than 20 years. Ultimately, their projects have revealed a lot about the planet and the ways that humans are changing it even when that hasn’t been the main drive of their research.

“What strikes me the most over those 20 years is that even when researchers aren't specifically looking for evidence of climate change or anthropogenic influence, they often find it,” said Laura Naranjo, a science writer at the National Snow and Ice Data Center.

As long as data remains public, scientists will be able to keep exploring the ways our planet is changing.