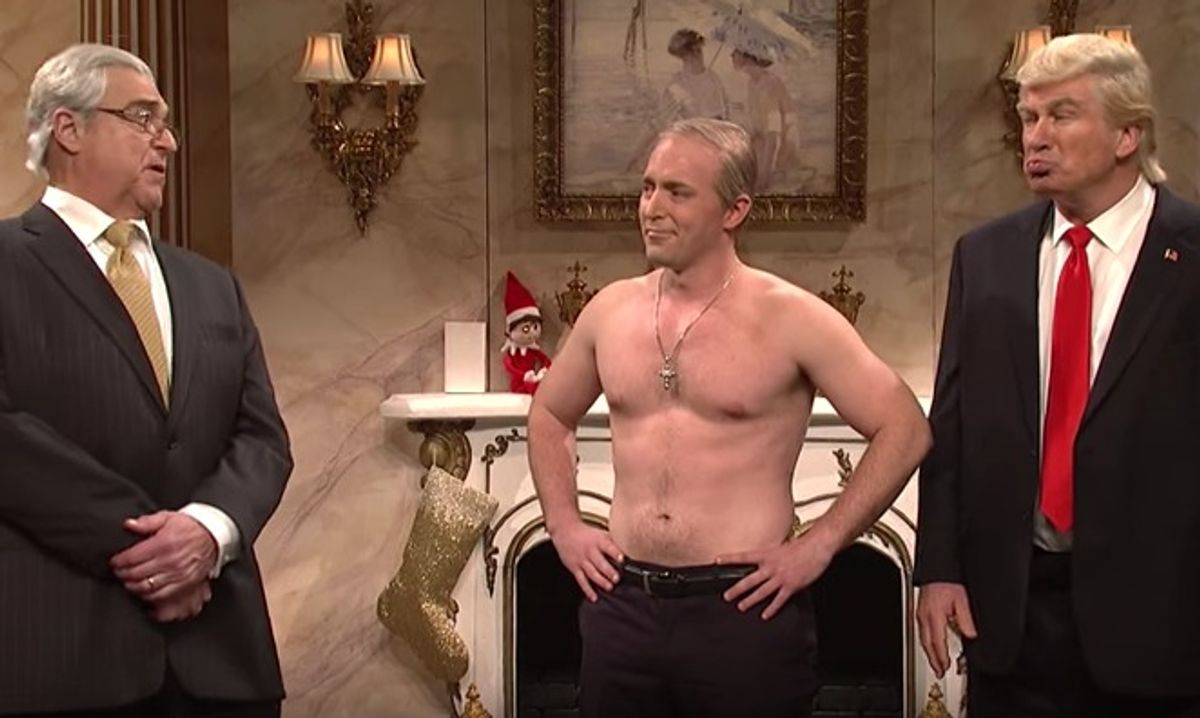 What do you get when a shirtless Vladimir Putin comes down your chimney bearing gifts, and Rex Tillerson shows up to make oil deals that the president-elect can't follow? It's the Trump holiday Christmas party! Melania doesn't trust Putin, but Trump is delighted to receive his first "Elf on the Shelf" toy from the half-naked Russian president, which parents set out before Christmas to make sure kids behave for Santa. Putin tells Trump he can "Leave it out all year!" so it watches the family.
Laughs Putin,"it's fun!" - making a reference to Russian surveillance. "Puty", as Tillerson calls him, is delighted to see John Goodman as Rex Tillerson, and the two old friends banter about oil deals soon to come "once sanctions are lifted".