Bill Clinton: "One thing" Donald Trump knows "is how to get angry, white men to vote for him" 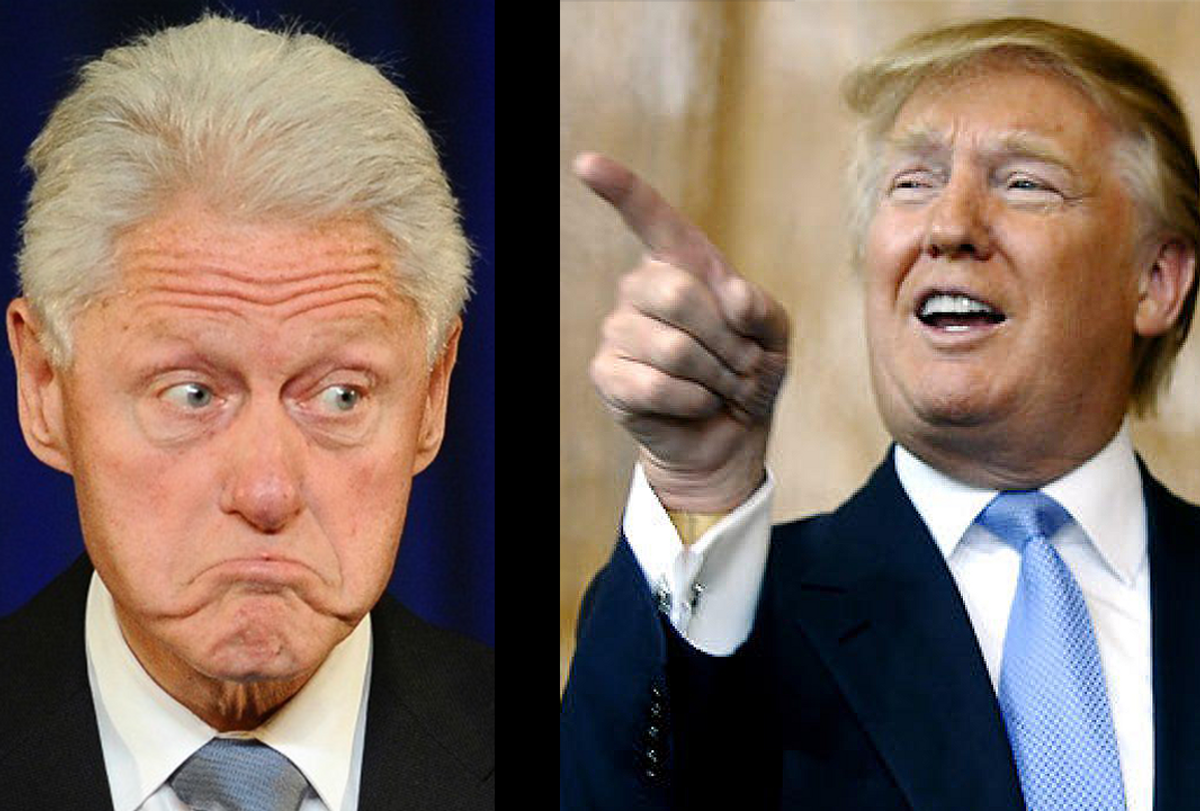 Former President Bill Clinton was clearly still working through his post-election feelings when he told a local New York reporter that President-elect Donald Trump “doesn’t know much,” but “one thing he does know is how to get angry, white men to vote for him.”

Addressing several topics related to the election at a small bookstore near the Clintons' Chappaqua home earlier this month, the former president took aim at his one-time friend. The Record-Review, a newspaper serving several towns in the New York county where the Clintons reside, reported that when one man asked Clinton if he thought Trump was smart, the former president said "he doesn't know much."

Clinton said of the president-elect."One thing he does know is how to get angry, white men to vote for him."

According to exit poll data published by the Washington Post, 71 percent of white men with no college degree voted for Trump, compared with just 23 percent for Hillary Clinton. The former president neglected to note that 53 percent of white women who voted in November also voted for Trump, however. Trump's victory has largely been credited to white voters, regardless of gender, as people of color voted overwhelmingly for Clinton.

“You would need to have a single-digit IQ not to recognize what was going on,” Clinton told the crowd.

The former president went on to reveal that despite the inflammatory rhetoric Trump spewed about his wife on the campaign trail, in their post-election phone conversation, Trump came across as cordial and incredulous "like it was 15 years ago" when the two men were friendly and ran in the same New York social circles.

Perhaps that helps explain why the former president ultimately blamed the FBI, not Trump nor the former secretary of state, for her loss.

"James Comey cost her the election," he definitively declared. Clinton faulted Comey's announcement less than two weeks before Election Day that the FBI was investigating new information about his wife's use of a private email server for swaying swing state voters in the final days of the campaign.

"We were seven [percentage] points up" before the letter was made public, he argued.

Last week, the former secretary of state took a similar stance on the impact of the FBI director’s eleventh hour letter regarding her use of a private email server when speaking to campaign donors in Manhattan.

“Don’t take it from me, take it from independent analysts, take it from the Trump campaign, take it from [statistician] Nate Silver, who’s pointed out that swing state voters made their decision in the final days, breaking against me because of the FBI letter from our director Comey,” Clinton said in audio published by The New York Times. “Nate Silver believes – I happen to believe this – that that letter most likely made the difference in the outcome.”