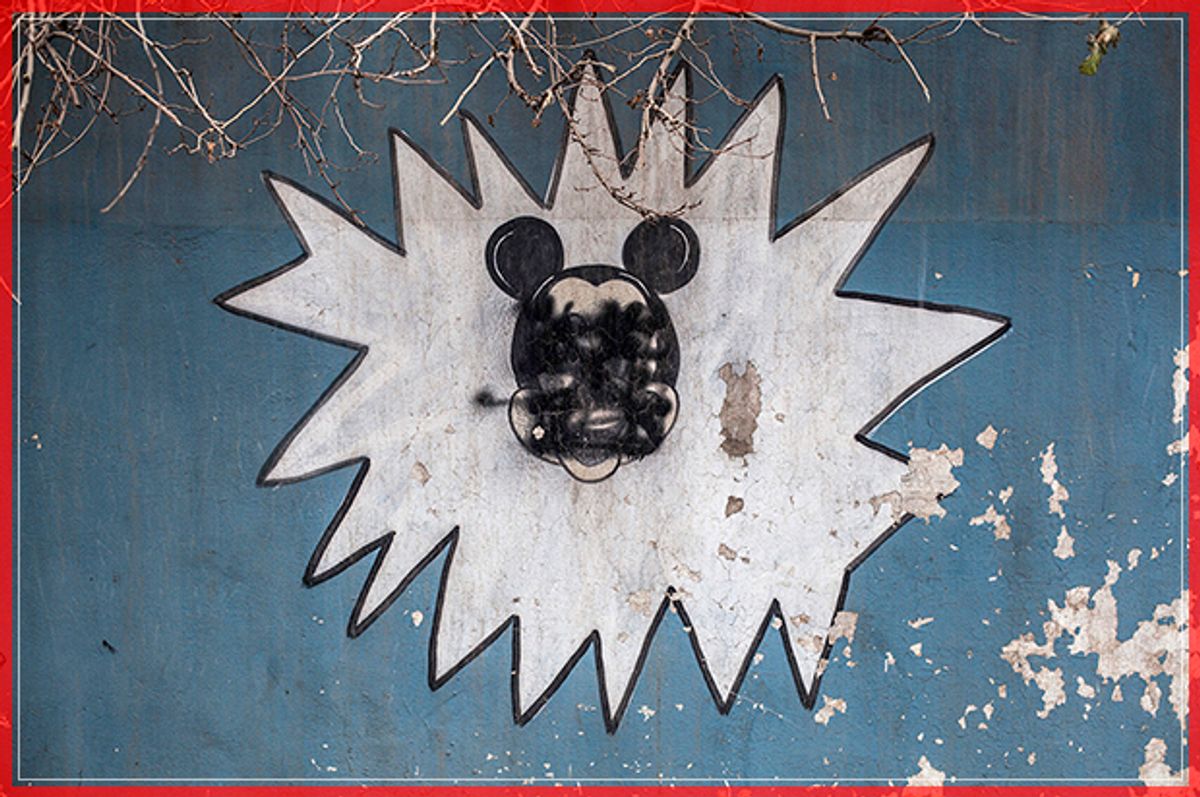 This Sunday, Dec. 18, 2016 photo shows a drawing of Mickey Mouse with its face painted over by Islamic States militants on the wall of a kindergarten n the al-Barid district in Mosul, Iraq. In a part of Mosul that had been reclaimed from the Islamic State group (IS) days ago, Iraqi special forces were attacked on Sunday by drones operated by IS fighters inside the city.(AP Photo/Manu Brabo) (AP)
--

Los Angeles, California   Kevork Djansezian/Reuters
A dog with a 'Not my POTUS' sign around his neck helps protest president-elect Donald Trump during a demonstration in L.A. The protestor carrying the sign definitely didn't vote -- and all but certainly doesn't have a strong opinion about the outcome of the
election. But the sentiment of this California canine nonetheless resonates, in the state in which Trump's popular vote defeat was the greatest.

Beijing, China   Andy Wong/AP
Chinese paramilitary policemen walk through the streets of Beijing with masks protecting themselves from pollution It's often presented as a given that countries with emerging economies, like China, can't be counted on to fight climate change because they won't risk stunting their economic growth by curbing emissions. But as photos like this one demonstrate that governments like China's have incentives to act in good faith to control pollution. Smog has become a political problem in Beijing. The thick blankets of noxious gas that envelope China's cities severely degrade the quality of life for millions and millions of Chinese people. An ongoing public health crisis of that size can't help but produce blowback from the populace, even in a repressive, one-party state. This little boy has no idea how important the dose of polio vaccine he received in this photo is. He lives in Karachi, Pakistan, one of only
two remaining countries in the world where the physically incapacitating disease is still common. Here, health workers go door-to-door, administering polio vaccines to young children.

Mosul, Iraq   Many Brabo/AP
Islamic State militants spray paint over a Mickey Mouse mural in the al-Barid district of Mosul In some corners of the world, an image of Mickey Mouse represents the Disneyfication of western society, something the Islamic State is trying to root out in Iraq.