What freakin' pivot? The media keeps on waiting for Donald Trump to turn presidential

Pundits long to see Donald Trump's erratic, contradictory behavior as an act. All along, he's told us otherwise 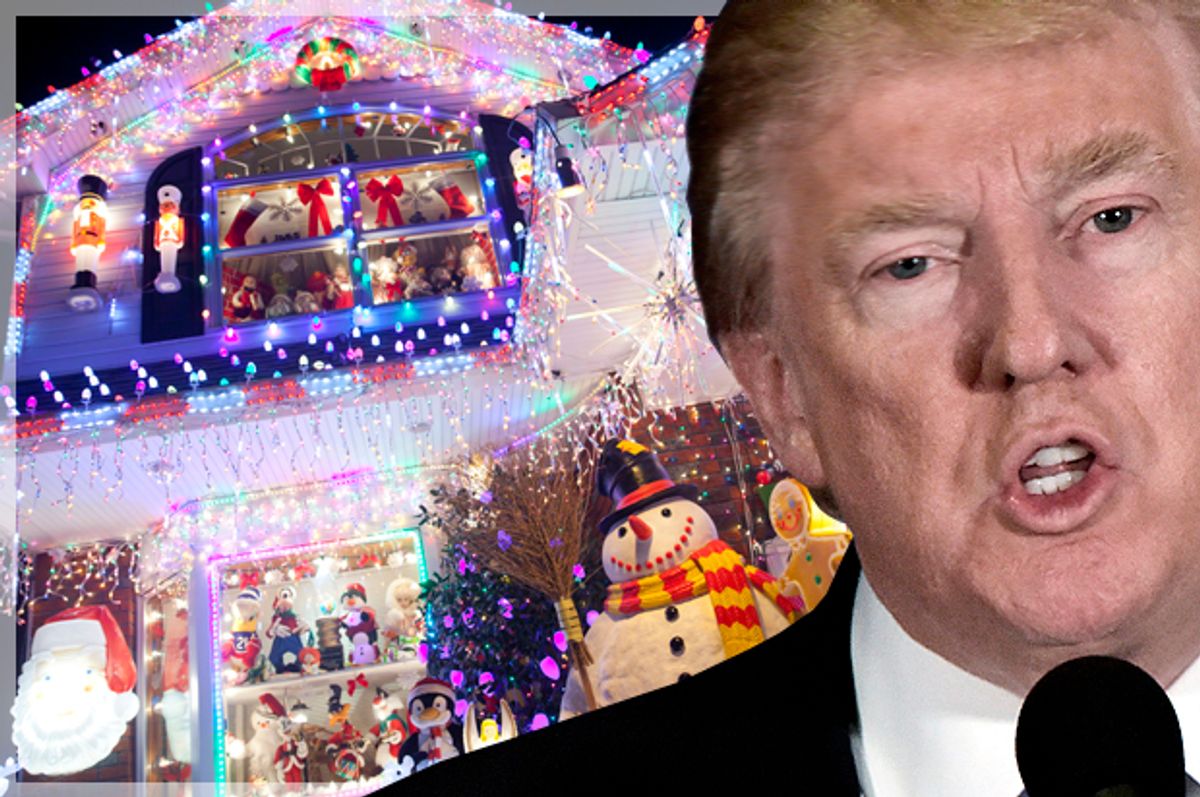 It looks like we're about to get another round of 2016's most successful game show, "Here Comes the Pivot." Over and over throughout the campaign, the press would seize upon certain moments that seemed to provide a perfect excuse for Donald Trump to finally turn into the dignified, disciplined candidate many pundits apparently believed he was underneath all the bluster.

Last month Salon's Sophia Tesfaye documented a number of those moments, starting before the primaries even ended. Trump himself advanced the meme last March when he said he planned to become a completely different person — sometime soon:

As I get closer and closer to the goal, it’s gonna get different. I will be changing very rapidly. I’m very capable of changing to anything I want to change to.

After years of hearing everyone in the political world insist that "authenticity" is the most valued trait in any leader, this was a bit startling and even refreshing in a way. Here you had a candidate openly admitting that he was putting on an act. Unfortunately, the crude, brazen, insulting persona persisted. Apparently, Trump's promise that he could control his behavior was actually another example of his deceit.

Nonetheless, Republicans all assured the public that Trump was going to pivot — any day now — and members of the press eagerly accepted the promise. When he was head of the Republican National Committee and not yet Trump's chief of staff, Reince Priebus told George Stephanopoulos:

I think as he pivots to the general election, picking Mike Pence, I think he’s much more precise in his rhetoric, in his tone, in his attack, I think he’s got a lot of room to grow. . . . He knows the pivot is important. He has been better and I think he’s going to be great moving forward. . . . I mean, if people — No. 1, who do you want to have a beer with is a — is a great question on the ballot. He can win that. He’s likable. And people that don’t know — they want to like him. He’s interesting to people. He’s intriguing. But they want to see that Donald Trump in the White House. And he’s getting there and he’s going to pivot there.

I am fairly sure that's the only time anyone has ever described Trump as the guy you want to have a beer with. He doesn't drink but more than that he truly believes that people do not see him as an equal and that's why they like him. Explaining why he didn't do the one-on-one-style campaigning in living rooms and diners that candidates usually pursue in Iowa and New Hampshire, Trump said, "I think if they ever saw me sitting in their living rooms they'd lose total respect for me." He told Time magazine:

I'm sitting in an apartment the likes of which nobody's ever seen. And yet I represent the workers of the world. And they love me and I love them. I think people aspire to do things. And they aspire to watch people. I don't think they want to see the president carrying his luggage out of Air Force One. And that's pretty much the way it is.

And to think poor John Kerry was excoriated for drinking green tea and asking for Swiss cheese instead of Cheez Whiz. After all those years of believing that real Americans demand a leader who was a down-to-earth regular guy who understood their deepest needs, it turns out that what they really wanted was a king.

Needless to say, Trump did not make that Priebus pivot to salt-of-the-earth, regular dude. Instead, he channeled Popeye the Sailor Man in mid-August, saying, “I don’t want to pivot. . . . If you start pivoting, you’re not being honest with people. No, I am who I am." A few days later he gave a speech, obviously written by someone else, that sounded like an allocution — a statement of guilt made along with a plea bargain.

Sometimes in the heat of debate and speaking on a multitude of issues you don’t choose the right words or you say the wrong thing. I have done that. And believe it or not I regret it.

The press was rapturous. The long-awaited pivot had finally arrived. It even featured a public apology, which media representatives demand from politicians on a regular basis as a self-abnegation ritual. This speech set the tone for the final stretch of the campaign, in which it was assumed that because Trump avoided the press and (sort of) used a teleprompter, he was "moderating" his stand on his most contentious issues, despite no evidence that he was actually doing that.

There was no pivot. There has never been a pivot. There is just Trump saying whatever he wants to say, which might be different from one day to the next but this never represents a tactical or strategic shift. And media outlets have not learned this lesson. Over the past couple of weeks, Trump has been taking his victory lap around the states that he won in the election. And he's been saying this:

You people were vicious, violent, screaming, "Where's the wall? We want the wall!" Screaming, "Prison! Prison! Lock her up!" I mean you are going crazy. I mean, you were nasty and mean and vicious and you wanted to win, right? But now, you're mellow and you're cool and you're not nearly as vicious or violent, right? Because we won, right?

This comment was interpreted in the following manner by Martha Raddatz of ABC's "This Week":

Donald Trump called out some of his supporters in Florida for what he said were vicious and violence during the campaign but said, "Now you're laid back, you're cool, you're mellow, basking in the glory of victory and we're already getting to work."

Was that Trump's attempt at turning down the heat?

Do you expect to see, after what we have seen this week from Donald Trump, someone different when he takes office?

Just a few hours later, Trump himself answered the question like this:

Trump doesn't pivot. He lurches and erupts and abruptly changes course, yes. But it's abundantly clear that it's entirely instinctive, without any strategy or design. He himself has said that he is what he is, and members of the media finally need to accept that.