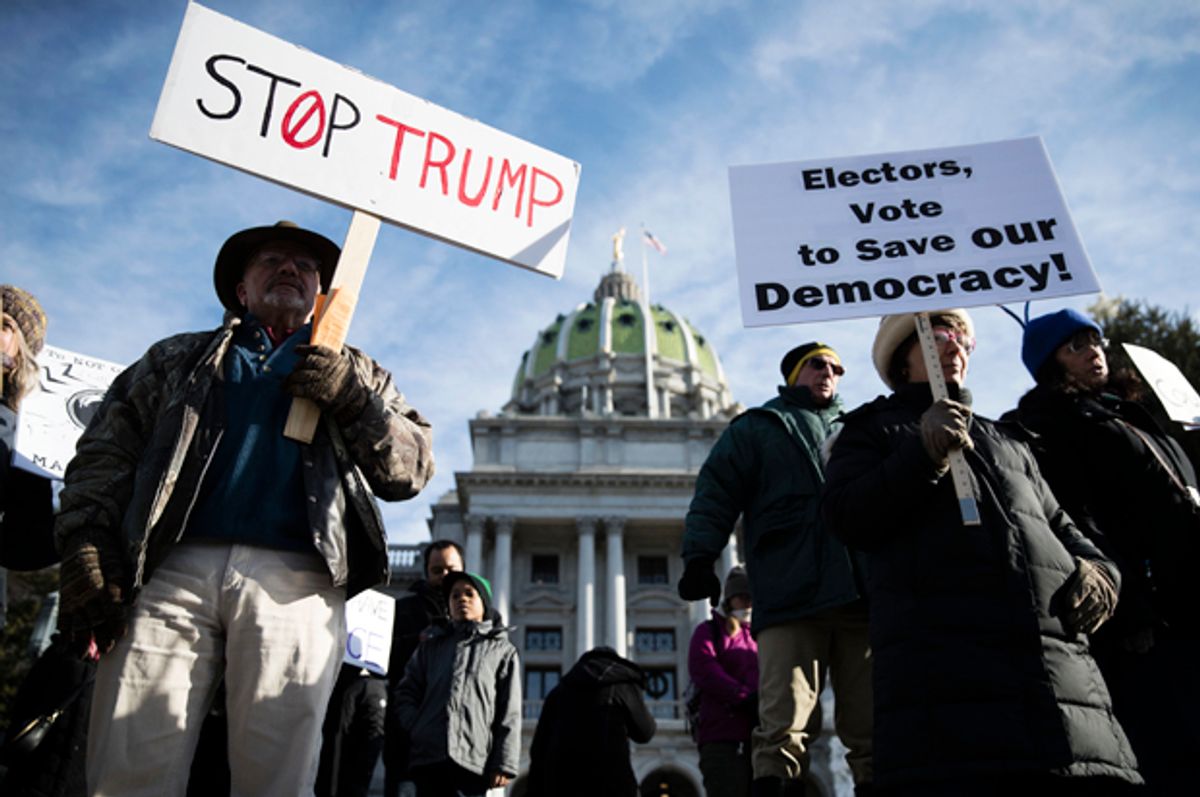 There was good reason, at least at first, to support the "Hamilton Electors" movement to convince members of the Electoral College to buck tradition — and various state laws — in order to vote their conscience instead of representing their states. Donald Trump had lost the popular vote by close to 3 million, the Russians had interfered with our election — and, holy crap, did I mention that Donald Trump is going to be president? If ever there was a time to break the rules to prevent a tragedy, it was the day the electors convened to vote for the president.

And if this was a Hollywood movie, that's how it would go: The electors, overcome by their consciences and their desire to not see this country run into the ground, would join together to give Hillary Clinton the presidency that most people who actually voted wanted her to have. But this is the real world and instead the faithless-elector movement, it seems, devolved into sexist theatrics.

Early reports have suggested that most, and possibly all, the electors who changed their votes on Monday (or tried to, anyway) had been sent to their state capitals to vote for Clinton. Two men, Muhammad Abdurrahman of Minnesota and David Bright of Maine, tried to vote against Clinton in some childish protest against her, apparently for believing that she should be the Democratic nominee just because she got more votes than Bernie Sanders. Abdurrahman was replaced with an alternate and Bright ultimately caved and voted for Clinton.

Washington state allows electors to vote against the will of the electorate, and four did just that, with three voting for Colin Powell and one for Faith Spotted Eagle, an activist who is resisting the Standing Rock pipeline construction.

Apparently, it's not enough for some folks to see the first woman who had a real shot at the presidency lose her bid. They also needed to kick her while she's down.

"I mean no disrespect to our nominee," Bright said in a statement. And perhaps this is true. But regardless of what he means, what he did sends a signal, not just to Hillary Clinton but to all the women and girls who might want to run for office some day: Your ambition will make people hate you, so much so that they can't even be satisfied watching you fail. No, they need to rub your nose in it, hard, just to make sure you never entertain thoughts of rising above your station again.

Meanwhile, failed businessman, charlatan and mad clown Trump is sailing into office without much real resistance from his electors. Because it may be 2016, but apparently being an ambitious woman is still more offensive to huge swaths of this country than being the bright orange resurrection of Mussolini in an ill-fitting suit.