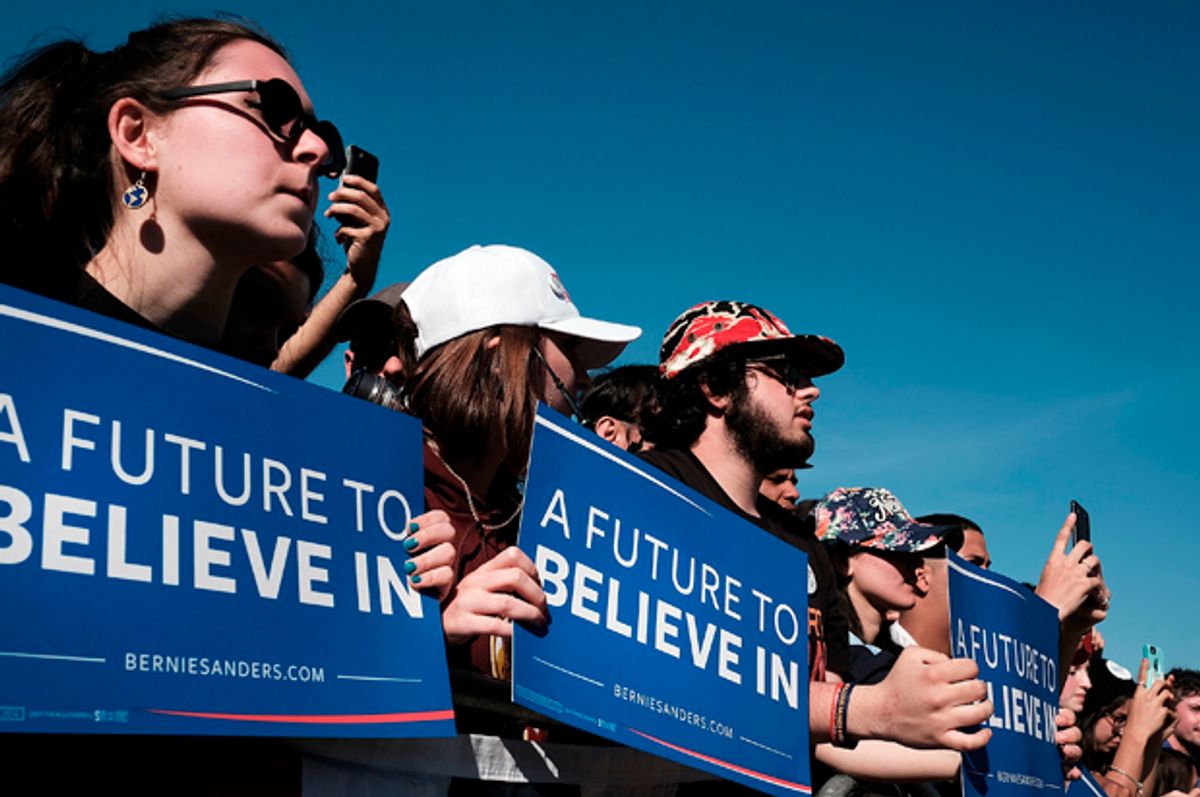 The Republican Party is obsolescent and backward-looking. Its voters are more conservative than the general public. The Republican base is largely comprised of older white people. Demographic trends, including “generational replacement” (or death), are working against the Republicans as well. In total, Donald Trump’s victory over Hillary Clinton was not the result of a populist uprising but rather a statistical fluke whereby a small number of voters scattered across a few key states combined with voter suppression, a compliant corporate news media, Russian interference and an antiquated Electoral College system to give him the win.

The present and future should belong to the Democratic Party. Demographic trends, including the fact that America is becoming more racially diverse and not less, should provide the Democrats with a deep reservoir of potential voters and support for years to come (as was forecast more than 15 years ago in the political science manifesto "The Emerging Democratic Majority"). Democratic policies are much more popular among the general public than those offered by the Republican Party. Democratic voters are significantly younger and significantly better educated than Republicans.

As we survey the protests and other political mobilization taking place in response to Donald Trump’s victory and his ascendant authoritarian regime, it appears that America’s young people could save the country from the political gutter it has fallen into.

New polling research from the Black Youth Project at the University of Chicago and the Associated Press-National Opinion Research Center for Public Affairs Research, however, should give us pause before we leap to such a conclusion.

Researchers examined a national sample of likely voters aged 18 to 30 in the weeks leading up to Election Day in November. They found that white racial resentment and hostility towards African-Americans, as well as a belief in “white vulnerability” predicted if a given young white voter would support Donald Trump.

Young white people who support Donald Trump also expressed more racist attitudes in the poll: Thirty-five percent of whites surveyed "with the most resentment" were Trump supporters, compared with just 8 percent of whites "with the least racial resentment." The “GenForward” poll also revealed that a number of other factors contributed to Trump's support:

The data indicate that Trump’s appeal is not exclusively rooted in economic populism or white nationalism or even modern sexism, but is a blend of all three that appears to manifest in a feeling among some whites — even those who are Millennials — of economic and social vulnerability.

These findings were consistent with patterns found across white voters of other age groups.

And these results complement those of other researchers who found that support for Trump was closely related to the belief that white people cannot get jobs because employers are somehow giving them to minorities instead.

Of course, the notion that white people are “victimized” or “vulnerable” in the United States is absurd. This is especially true for Trump supporters, who as a group make more money than the average American family, tend to live in areas that have not been severely affected by immigration, are not personally affected by globalization and are part of a “white working class” that has historically been heavily subsidized by the government and other entities to the disadvantage of people of color. Moreover, from the nation's founding to the present, American society is oriented toward protecting and nurturing white privilege.

Nevertheless, perceptions and emotions are not facts. White victimology and white privilege combine to bend reality to suit the needs of the white gaze. Donald Trump and the Republican Party are master practitioners of that craft and used those skills to win the White House.

This new polling data about the racial attitudes of young white people also should be put in context. While there has been a decades-long trend in the United States that suggests our society is becoming more “liberal” and “tolerant,” public opinion and other research also shows that young white people hold racial attitudes that are not that dissimilar from those of their parents.

As explained by The Washington Post’s Scott Clement:

Beyond generational comparisons, the poll suggests substantial minorities of white millennials hold racial prejudices against blacks. Over 3 in 10 white millennials believe blacks to be lazier or less hardworking than whites, and a similar number say lack of motivation is a reason why they are less financially well off as a group. Just under a quarter believes blacks are less intelligent, while fewer express opposition to interracial marriage or living in a 50-percent black neighborhood. Holding these attitudes is not the same as making racist comments in public or even among close friends, but there's clearly an audience for race-based judgment among the Millennial generation.

The fact that today's young whites are not much different from their elders on racial prejudice shouldn't be all that surprising, as it matches past research on policies designed to alleviate racial inequality. Comparing [American National Election Studies] surveys over two decades, University of Michigan political scientist Vincent Hutchings found "younger cohorts of whites are no more racially liberal in 2008 than they were in 1988" in a 2009 article.

The expectation that millennials' diverse racial makeup would spawn especially tolerant views has not yet come true.

One must also consider that racial attitudes and beliefs do not necessarily correlate with public behavior. In their book “Two-Faced Racism: Whites in the Backstage and Frontstage,” sociologists Leslie Picca and Joe Feagin show that young white people are expert at following public scripts and routines of “racial colorblindness,” but in private (and among other whites) often express very “old-fashioned” anti-black and other types of white supremacist beliefs.

In the aftermath of Donald Trump’s election, what comes next?

There will be an extended period of mobilization and countermobilization. Young people of color, Muslims, gays and lesbians, women and other marginalized groups will gather resources and organize against Donald Trump and the politics he embodies. In this same moment, white supremacists and other hate groups are also experiencing a surge in recruitment. They see the election of Trump and his narrative of white victimology as an opportunity to grow their ranks by recruiting young white people.

Political and social change is often a story of shared generational experiences. For example, the Great Depression and World War II heavily influenced those Americans who came of age during the 1930s and 1940s. Likewise, the Vietnam War and the protest movements of the 1960s shaped the life trajectories of the baby boomers. Millennials are in many ways the children of the national trauma caused by the terrorist attacks of Sept. 11, 2001.

The end of the age of Obama and the transition to the age of Trump will be a generation-defining event as well. Many young people have only known a black president and likely cast their first vote for Hillary Clinton. There were other voters — young white people — who also grew up during the same moment and in an act of racial resentment and collective rage cast their lot with Donald Trump. This divergence in attitudes and values will not go away. They portend growing and dangerous fissures in American life that will likely only worsen in the years to come.

As the American people look back on the 2016 presidential election, they should ask, “What crop has sprung from the seed which was planted that day?” The potential answers contain both hopeful possibilities and terrifying ones.