Apple’s Tim Cook: Trust me, we actually do care about desktop computers 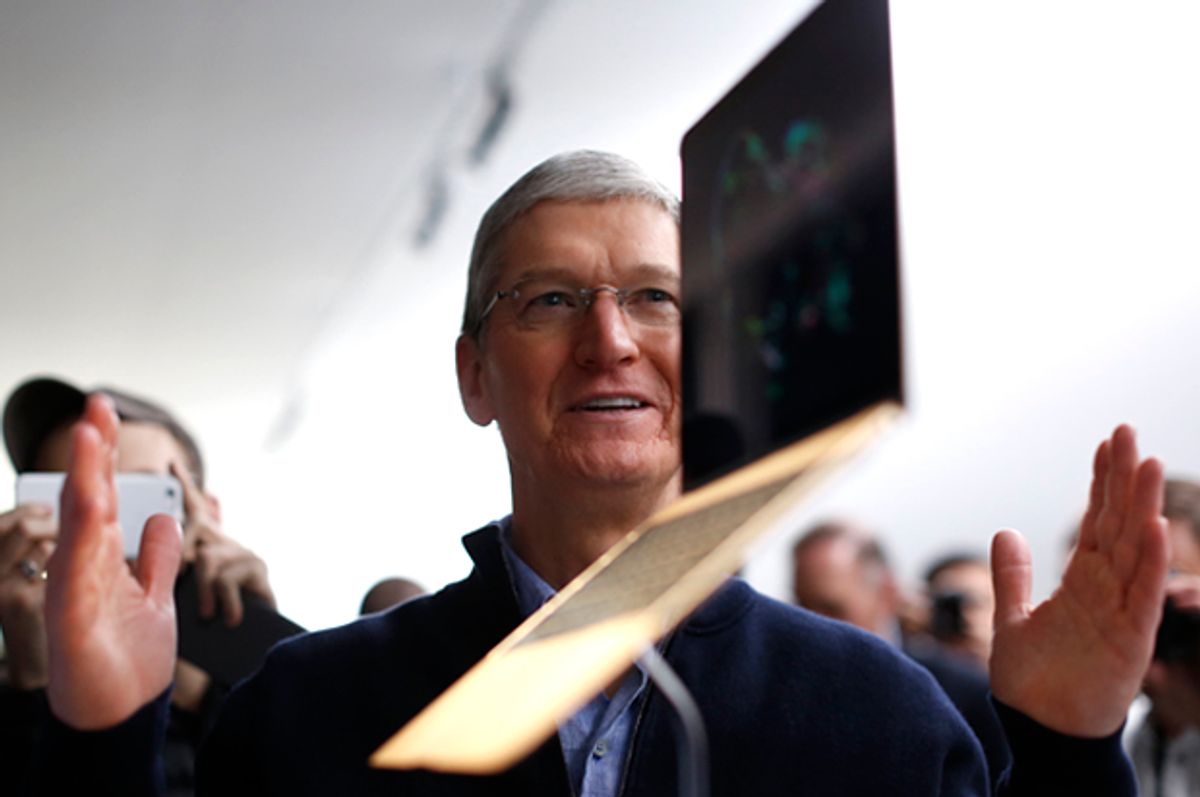 Despite the fact that the newest Mac Pro and Mac Mini desktop computers date from 2013 and the iMac hasn’t been updated in a year, Apple CEO Tim Cook wants everyone to know that his company isn’t abandoning the desktop.

In a message posted to an internal company website, Cook dismissed concerns that Apple had lost interest in desktops as the product of erroneous media reporting. He also claimed that the company would be releasing new hardware but declined to give any dates or specific details.

“Some folks in the media have raised the question about whether we’re committed to desktops,” Cook wrote. “If there’s any doubt about that with our teams, let me be very clear: we have great desktops in our roadmap. Nobody should worry about that.”

The statement, which was obtained by the blog Tech Crunch, also featured Cook noting the importance of desktop computers for some Apple customers. “The desktop is very strategic for us. It’s unique compared to the notebook because you can pack a lot more performance in a desktop — the largest screens, the most memory and storage, a greater variety of I/O, and fastest performance. So there are many different reasons why desktops are really important, and in some cases critical, to people.”

While Apple may indeed release some new desktop hardware in the near future, judging by the updates recently made to the company’s notebook computers, some high-end Apple fans are likely to be disappointed. The company’s recent MacBook Pro laptops continue to lack features that are common in the products of other manufacturers, such as touchscreens, rotatable displays, 4K resolution and new USB ports. Instead of adding these features, Apple instead added a “Touch Bar,” a touch-sensitive miniature display strip above the keyboard that has been met with little enthusiasm. Professional users have also complained that MacBook Pro laptops do not use the latest mobile processors from Intel.

These small-scale innovations reflect staffing changes within the company, according to Bloomberg Technology writer Mark Gurman. Writing for the business wire service, Gurman reported that Apple no longer has a team solely dedicated to developing macOS, the software that powers the company’s desktops and laptops. Instead, Apple has assigned its programmers to divide their time between macOS and iOS, the company's mobile operating system. The changes have led some Mac developers and hardware designers to seek employment elsewhere, according to Gurman.

That shift has been reflected in design changes for macOS as well, as the tech giant based in Cupertino, California, has begun importing features from iOS into its desktop operating system.

Sensing an opportunity to woo the creative professionals who have historically spurned its products, Apple’s rival Microsoft has begun stepping up its product lines with an emphasis on hardware such as its Surface Studio, a high-end competitor to Apple’s iMac, as well as its tablet-laptop hybrid, the Surface Book. Microsoft’s Surface Pro tablet line and the similar products released by other PC manufacturers have been so well received that Apple felt compelled to release its own version of a tablet-plus-keyboard called the iPad Pro. That variation has not been nearly as well-received as Apple’s original line of iPads.

For now, Apple still has one significant ace up its sleeve: Pretty much every technology reporter is biased in favor of the company's products. Some of them even openly admit this. Apple's largely favorable press may also reflect the company's strong-armed PR operation, which has a record of seeking retribution against journalists who dare to question the Cupertino party line.