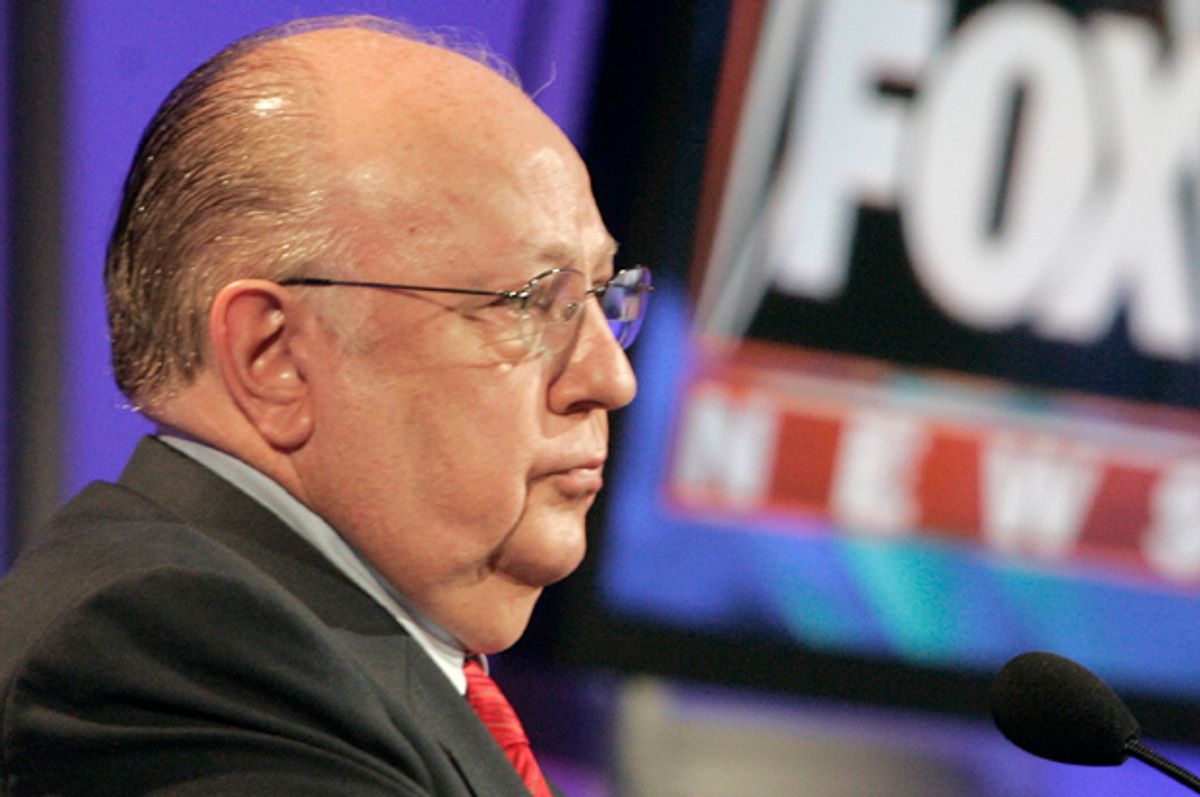 Disgraced Fox News chief-turned Donald Trump top adviser Roger Ailes is angry at the New York Daily News for bringing up his history of being handsy.

Ailes cited a Sunday column on the tabloid's MediaBlast page, titled "Gropey old men," which compared allegations of sexual harassment against Ailes, 76, and former Viacom chairman emeritus Sumner Redstone, 93, who's been accused of giving large amounts of money to mistresses.

“Two crusty old media moguls — both undone in court papers by their own loose zippers: Sumner Redstone against Roger Ailes in a race to the bottom of the barrel,” the column began.

Columnist Don Kaplan then detailed the latest allegations of sexual harassment against Ailes by a TV reporter in New York. In a 28-page discrimination and hostile work environment suit filed against Fox News' parent company, 21st Century Fox, Lidia Curanaj alleged Ailes asked her to stand up and turn around during a job interview so he could “see [her] from behind," asked a man she’d dated whether she “put out,” and declined to hire her because “she would not submit to him sexually.”

In his call to Kaplan on Monday, Ailes reportedly said, “I was hoping you would be a gentleman and apologize.” Ailes' attorney confirmed the call in a statement:

Roger Ailes called the paper because he wanted to make clear that he vehemently denies the ludicrous allegations that were lodged against him by Ms. Curanaj. Her complaint is a laughable stunt. And Roger should not be compared to anybody else. He’s an icon, a legend, a visionary — and he’ll be back.

When asked why, out of all the negative coverage he’s received, he chose to personally address the one from the Daily News — the chief rival to the News Corp-owned New York Post — Ailes said it was because he was “finally annoyed” by the headline. The News noted the phrase appeared in the column’s print headline (but not in the online version).

Kaplan’s response to the request for an apology: “I try to be a gentleman, but, sorry, I simply cannot apologize.”