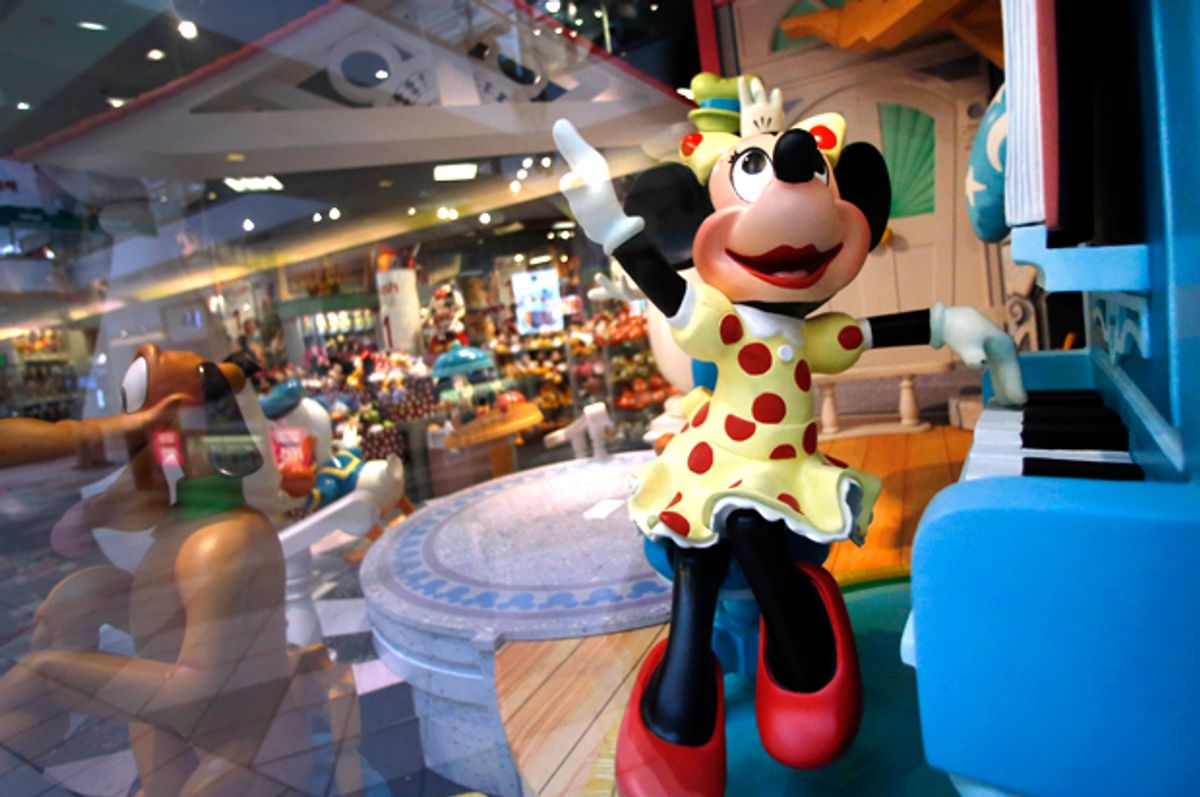 Nobody can peg down exactly when many big employers in the retail industry began to use work-scheduling technology to make life harder for their lowest-paid employees, the hourly wage workers that walk outlet floors, help customers pick merchandise and ring up profits for their bosses. But it wasn’t always this way.

At some point in recent years Big Retail figured out it could analyze customer behavior, measure sales traffic and squeeze out more profit by treating their workers as cogs of a cash-making machine rather than human beings with human-being concerns, such as knowing how many hours they’ll be working next week or how much of their own unpaid personal time they’ll need to use to curate their low-wage jobs.

On Tuesday, the attorneys general of eight states and the District of Columbia announced the latest results of their effort to eliminate just-in-time scheduling, the practice of forcing workers to be on call whenever needed — or even if they aren’t.

New York Attorney General Eric T. Schneiderman announced on Tuesday that six employers (including media and entertainment giant Disney, one of the world’s most profitable companies) have stopped the practice of compelling their retail employees to be available for work on short notice, whether they get the work or not, and to check in ahead of time to see if they’re needed. The other companies to end on-call scheduling are Aeropostale, Carter's, David's Tea, Pacific Sunwear of California and Zumiez.

“On-call shifts are not a business necessity and should be a thing of the past,” Schneiderman said in an official statement released by his office. “People should not have to keep the day open, arrange for child care, and give up other opportunities without being compensated for their time.”

In recent years Schneiderman has emerged as a major player in rallying his colleagues in other states, like Massachusetts, California and Illinois, to go after what they and labor rights advocates consider abusive employment practices that skirt the laws or even violate them. Following the Nov. 8 elections, which swept anti-labor powers into the federal government, the role of the states in protecting workers from abusive employment practices has become much more important.

“There’s going to be a greater focus on state agencies, both the attorneys general in the states that have them and public enforcement agencies to make sure there is strong and continuous enforcement of workplace laws and minimum wage laws,” Haeyoung Yoon, director of strategic partnerships and workplace-standard specialist at the National Employment Law Project, told Salon. “It’s incumbent for all of us to push states' agencies to really stand up for workers.”

Indeed, few players in the labor rights community expect much from a Congress controlled by Republicans, who traditionally treat employers’ interests and demands more favorably than the interests of labor, and President-elect Donald Trump, who has nominated fast food executive Andy Putzer to head the U.S. Department of Labor. Putzer’s company, CKE Restaurants Holdings, which owns the Hardee’s and Carls Jr. restaurant chains, has run afoul of labor laws in the past, which to fair-wage proponents means a fox has been put in charge of the hens.

“This guy Putzer is going to be pro-employer and pro-franchise any way he can,” Harold Kestenbaum, an attorney who specializes in franchise law, told Salon. “Favoring the rights of employees is going to have to be a state-by-state thing; it’s not going to happen at the federal level. You’re going to see employee rights go nowhere at a federal level" under the next administration.

Thanks in part to effort by labor unions and workers, the problems of on-call scheduling have become more widespread. A BuzzFeed News investigation last year interviewed employees from Bath & Body Works and Urban Outfitters, who claimed that in some cases they would be promised 30 hours of work but would wind up with having only 10. Workers were also required to check in shortly before a shift to see if they were needed, making them unable to plan around shifts.

The National Retail Federation industry group has spoken out against efforts to legislate rules dictating the practice at the federal level. “NRF believes government intervention in the scheduling of employees through a one-size-fits-all approach intrudes on the employer-employee relationship and creates unnecessary mandates on how a business should operate,” the group says on its website.

The reason for opposing efforts to require companies give their workers more predictable scheduling is simple: The practice is lucrative for the employers that deploy it.

Just-in-time scheduling has its roots in a similar process adopted by manufacturers and is an often overlooked aspect of how technology is displacing workers.

In the late 1960s, Japanese companies were trying to figure out ways to avoid the costs attributed to warehousing parts and manufactured goods. They didn’t want to pay to store, say, hundreds of washing machines or the parts needed to make them, so they used emerging computing technology to streamline supply and production chains. As Toyota says on its website, just-in-time principles are applied so as to make "only what is needed, when it is needed, and in the amount needed."

“Just-in-time scheduling technology has facilitated employers to predict when there will be a rise of potential customers coming in and therefore try to maximize their profits and reduce labor costs,” Yoon said.

The incoming administration and Congress aren't likely to see anything wrong with this and could brush off concerns by hailing the magic of technology as a means for boosting productivity and corporate profits that they claim will trickle down to the lowest-paid worker. For those who beg to differ, the federal government is not likely to do much to advance their efforts for the foreseeable future. It’s going to be up to the states to step up and to protect workers from tactics designed to maximize profits and minimize costs, no matter the human costs.

Update: Most of the companies mentioned in Tuesday’s announcement by the New York attorney general’s office did not respond to Salon’s request for comment. But a Disney spokesperson told Salon the company in July completely phased out on-call scheduling at its 210 North American retail outlets after beginning the process last year.

And Kelly Mcdougald, a spokeswoman for Quebec-based David’s Tea wrote in an email to Salon, “In the spirit of cooperation, we agreed voluntarily to not use on-call shifts.”