Corey Lewandowski: My consulting firm is not "the swamp," even though it offers a pipeline to Donald Trump 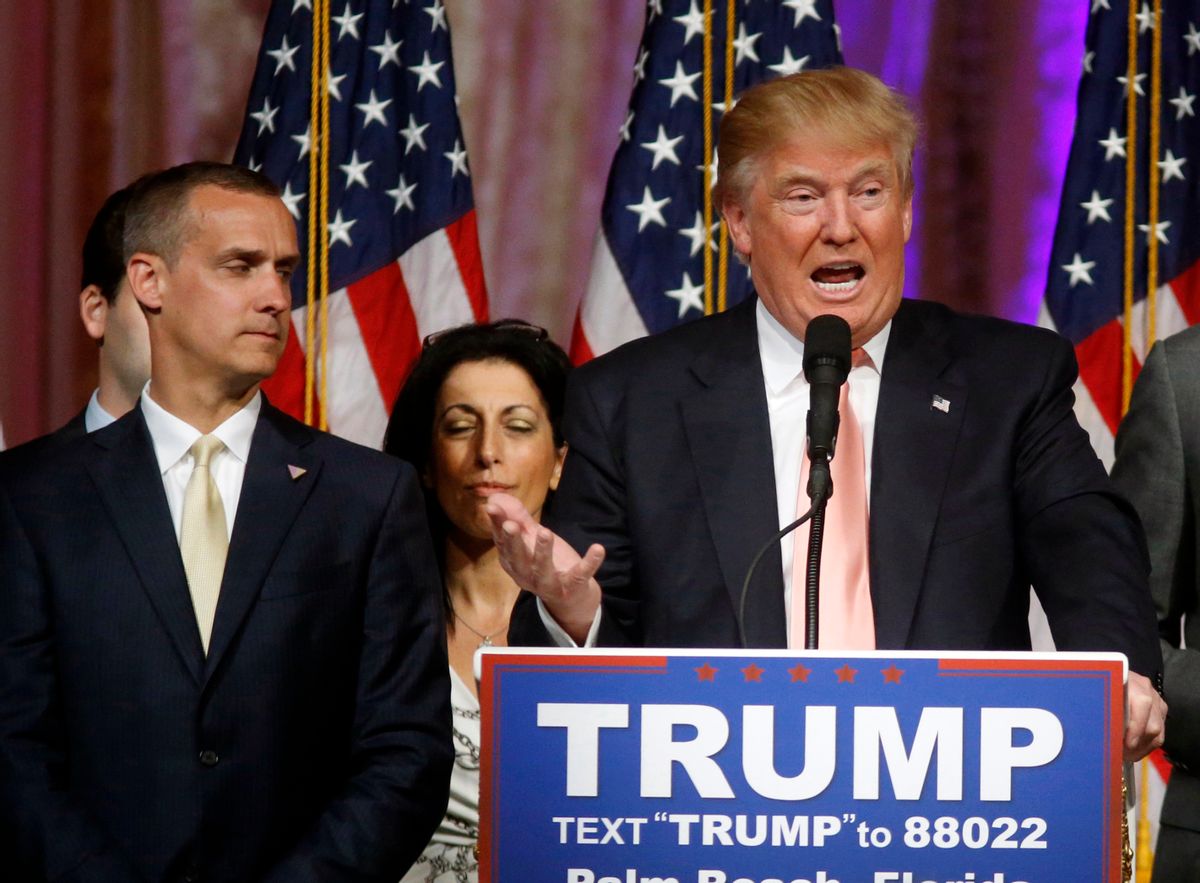 The swamp has not exactly dried up since Donald Trump took over the Beltway, made more apparent now that the president-elect's former campaign manager Corey Lewandowski has launched a political consulting firm one block from the White House. Billed as a firm that "provides client-tailored strategy and guidance carefully designed to help our clients navigate our government," the operation's website boasts Lewandowski's close ties to the president-elect.

The firm is basically a go-between for powerful donors and the White House. "I've never said I'm going to be a registered lobbyist," Lewandowski said Wednesday. "What we're going to do is make sure individuals who want to support Trump's agenda will have the opportunity to do that."

Last weekend, Lewandowski helped broker a dinner between Trump and Mexican telecom billionaire Carlos Slim. Slim has significant interest in Washington, so Lewandowski's role in the meeting has raised concerns that the Trump administration is about to become a massive get-rich-quick scheme.

In an interview with Politico, Lewandowski said that his new firm did not contradict the entire essence of Trump's campaign — that pay-to-play politics was hurting the country. Lewandowski indicated that "drain the swamp" referred to the bureaucratic limitations of Washington, D.C., not cronyism and politicians profiting off government contracts.

"The message he has talked about is bureaucracy that has ran amok is a problem," Lewandowski said. "I think most companies would prefer to have a fast 'no' than a long 'maybe.' We are going to help companies get a faster answer."

Lewandowski is partnering with former Ben Carson campaign manager Barry Bennett, who briefly advised the Trump campaign after the retired surgeon dropped out of the race. By introducing a consulting firm a block from the White House, Lewandowski and Bennett are cashing in now that they know the password to the West Wing. Vice President-elect Mike Pence's former chief of staff in Congress has also recently started lobbying in the Beltway.

The rush to build consulting firms suggests Trump's pledge to "drain the swamp" was merely political expediency, as opposed to any serious plan to fix the government. Former adviser Newt Gingrich confirmed this on Wednesday, telling NPR that Trump now disavows the slogan. "He now says it was cute, but he doesn't want to use it anymore," Gingrich said.