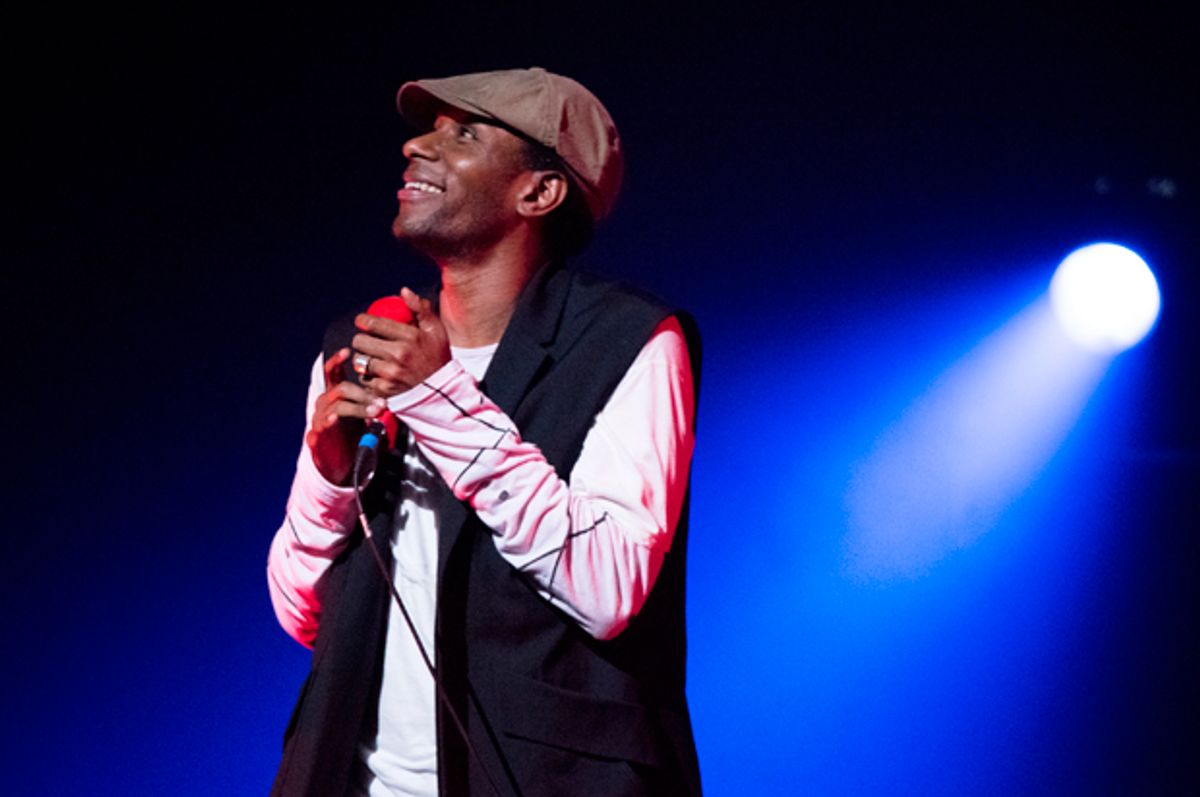 Louie Armstrong famously once said “Musicians don’t retire; they stop when there’s no more music in them.” Yasiin Bey (formerly known as Mos Def) could prove the exception.

Bey, 43, who is also an actor, announced at the beginning of this year in a recording on Kanye West’s website that he would be “retiring from the music recording industry as it is currently assembled today and also from Hollywood, effective immediately.” He added that he would be “releasing my final album this year and that’s that.”

At the time, Bey, a Brooklyn native, had been living in South Africa and had been having issues leaving the country. South African officials detained him, claiming that he and members of his family had overstayed their visas. Bey claimed he had committed no crimes, that the state was persecuting him without warrant. He said he was retiring early not because he was out of musical inspiration but because he was disillusioned — with South Africa, and with entertainment. (Bey has since amended his vow, saying he had three more albums to release this year before calling it quits.)

“I love this country,” he said. “But I’m not going to sit idly by and be persecuted by the state.” (He’s later elaborated he “appreciate[s] entertainment” but that he’s “over it; if it's not a place where you can be earnest and real I don't care.”)

The year’s end is imminent, and Bey is sticking to the spirit, if not the letter, of his declaration. Last night the end of the tour began. After releasing the first of his final projects yesterday, an album called “December 99th” (which he made with Ferrari Sheppard), Bey played to a sold-out crowd at the Apollo Theater in Harlem. He will play a second show at the Apollo Thursday night, then conclude the year with three shows in Washington, and a final slew in the United Kingdom at the start of next year.

Bey’s choice to release all his remaining material, play a few farewell shows and then fade away is notable in a popular music landscape that rewards clever release strategies. It is a release in the truest sense of the word: He is letting go.

From the beginning, Wednesday’s show had a ceremonial air. The red curtain opened and Bey walked onstage, vintage red microphone in hand, wearing layers of long, flowing clothes and a knit cap. He carried a bag of roses, which he scattered around him. In the background, alongside a DJ booth, a massive wall projection for most of the night displayed a series of photo-negative images (a map of Africa, Manhattan skyscrapers, graffiti) with his signature in red superimposed in the fore.

Bey’s set included a mix of hits like “Mathematics” and “Casa Bey” (though not “Ms. Fat Booty,” to many fans’ chagrin) along with as-yet-unreleased tracks. The new songs are loud and electronic, a fusion of the exotic and the industrial; they’re more often sung or spoken than rapped. On them, pretty consonance often dictates meaning. “Inspiration, information/ Revelation, confirmation,” goes a line on one of the “December 99th” tracks, “It Goes.” The through line between old and new was the joyfulness with which Bey performed. He was ecstatic, yipping, dancing, practically floating around the stage. “That was nice,” he reveled after performing the romping “Simon Says” with surprise guest, Pharoahe Monch.

But the night’s highlight came when Bey brought out a different surprise guest: Slick Rick. The two performed “Auditorium.” Slick Rick, being Slick Rick, was dressed to party. He wore a violet coat and matching violet shoes, his diamond eye patch and a few large gold chains around his neck. He was only onstage for the one song, barely enough time for the crowd to properly bask in his glory, but seemingly everyone in attendance managed to capture the moment with an out-of-focus smartphone pic.

Later in the show, the preponderance of smartphones caused Bey to stop midway through a song. “Put your fucking machines down,” he said. “Every last one of you with a fucking robot in your pocket, be here. Just be here. This is not a moment for you to capture and stunt about later.” This was something he seemed happy to be leaving behind, and it's one of the few downsides of giving a farewell tour: The mediation of experience is heightened during a farewell tour because everyone wants proof and validation for having witnessed the end.

The flip side of the ravenous recording, though, is that it was grounded in appreciation. Throughout Wednesday’s show, fans screamed “We love you!” Yasiin Bey’s retirement will inspire fans and critics to reflect on his career and hip-hop legacy while he is still near the height of his powers. Had he not been on a farewell tour or had his farewell come during old age, I likely wouldn’t have appreciated his music’s smoothness and thoughtfulness the way I did on Wednesday. I also might not have taken the time to marvel at the duality of Bey’s voice. At once nasal and raspy, curious and world-weary, it can make the everyday lexicon sound incomprehensible and the most fringe conspiracy theories sound compelling.

Every artist deserves this treatment. Every artist deserves a mid-career retirement. Even if they someday break it, which I expect and hope Yasiin Bey will do someday — he certainly has more music in him. On the other hand, part of me wants Wednesday’s show to be the end of Bey’s hip-hop career. It was a perfect exit and one he enjoyed. He finished the show by singing “Having a real good time, a real good time/ Having a real good time,” backpedaling real smooth, giving the crowd a wave and a tip of his cap and walking offstage just as the curtain closed.