It may not be as sexy as a Tesla, but it’s a more practical vehicle for the first wave of autonomous-car deployment 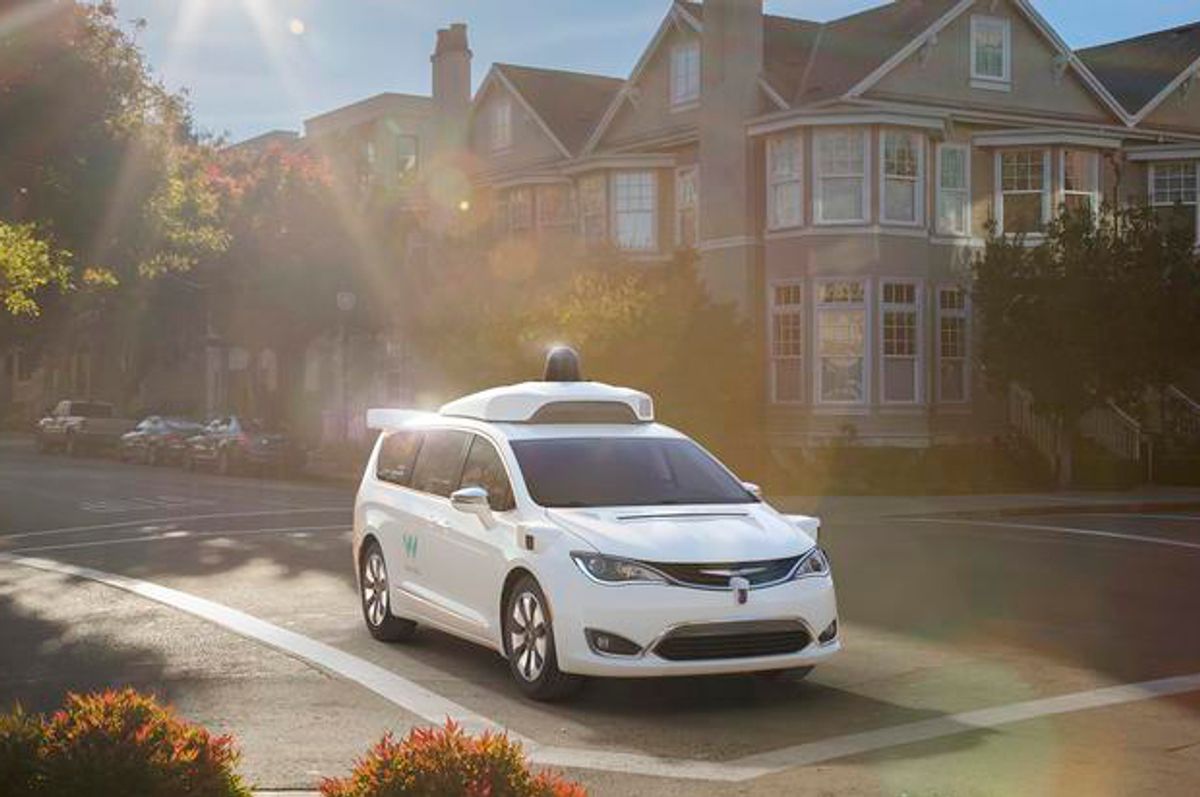 The self-driving car project of Google-owner Alphabet has been puttering along for nearly eight years, racking up more than 2 million miles on its autonomous-car-testing odometer in that time. While a lot of attention has been paid to Alphabet’s adorably cartoonish built-from-scratch Koala pod car, the company is looking to Detroit’s long car-building history for the manufacturing expertise needed to deploy its technology.

After more than six months of collaboration, Waymo (the new name for Alphabet’s self-driving car project) and Fiat Chrysler Automobiles introduced this week a fleet of a hundred 2017 Chrysler Pacificas, the five-star rated $30,000 replacement to the Chrysler Town & Country minivan.

A minivan, you ask? The vehicle associated with soccer moms and large, budget-conscious families? How is such a ridiculed people hauler emerging as one of the more advanced robotics cars that could soon be picking up customers in several U.S. cities?

Because it makes complete sense.

“Using a minivan provides a high level of options for mobility, for getting different users in the vehicles, like families, kids and the disabled,” Jamie Boone, director of government affairs at the Consumer Technology Association that organizes the annual Consumer Electronics Show, told Salon.

Indeed, there may be no better match for the first wave of self-driving car deployment, expected by most industry analysts to arrive first in crowded cities and campuses. Though less sexy than a $100,000 self-driving Tesla, a self-driving minivan would be a more productive workhorse for any company deploying fleets of self-driving cars.

“We expect that in urban populations, with less geography to map, basically where we see ride-hailing services thriving today, that environment lends itself for the use of self-driving cars,” Jeremy Carlson, senior analyst for automotive technology at IHS Markit, told Salon. “This could be a vehicle you build from the ground up, like the Google pod car, or a vehicle like the Chrysler Pacifica where you’re needing cargo space and also want to transport more than the two or three people you could fit in a Google pod car.”

Carlson said he expected two technological developments will play out in the coming years for consumers. One will be increasingly more advanced versions of driver-assistance features trickling into the cars we see in showrooms today. Tesla and Mercedes-Benz, for example, already offer drivers some level of partial automation, like automatic lane changing and automatic driving in slow stop-and-go traffic. The other development will be the march toward full autonomy, fostered by the demand for ride-hailing services.

The first autonomous cars being deployed at a commercial level have so-called Level 3 autonomy, meaning they require a steering wheel and driver to take over in the event the car gets confused. Uber is currently picking up passengers free of charge in Pittsburgh in Level 3 systems built into Ford Fusion sedans and Volvo XC90 SUVs. Earlier this month Uber began offering the service in San Francisco until California regulators revoked its registrations late on Wednesday for not obtaining a state permit to operate test vehicles before putting its autonomous cars on city streets. ​

Waymo’s fleet of Chrysler Pacifica minivans, which the company will soon deploy in select urban markets in California, Washington, Texas and Arizona, are the most visually streamlined systems yet, even more than Uber’s rooftop nest of cameras and sensors. Waymo’s module could be mistaken at a distance for a standard cargo carrier, a sign of the close collaboration in design between engineers at both companies.

Boone said this kind of collaboration gives automakers and tech companies the best of both worlds when it comes to faster development of advanced driving technologies.

“You’ve got the Detroit crowd partnering up with the Silicon Valley crowd, which is meant to maximize the benefits from both,” Boone said. “You’ve got the manufacturer with experience not only in building vehicles but in complying with the entire regulatory structure, and then you have the creativity of Silicon Valley with all of the forward-thinking technology. This relationship is good for driving the industry forward.”