Seth Meyers takes on environment under Donald Trump: "Past statements on climate change have not been promising" 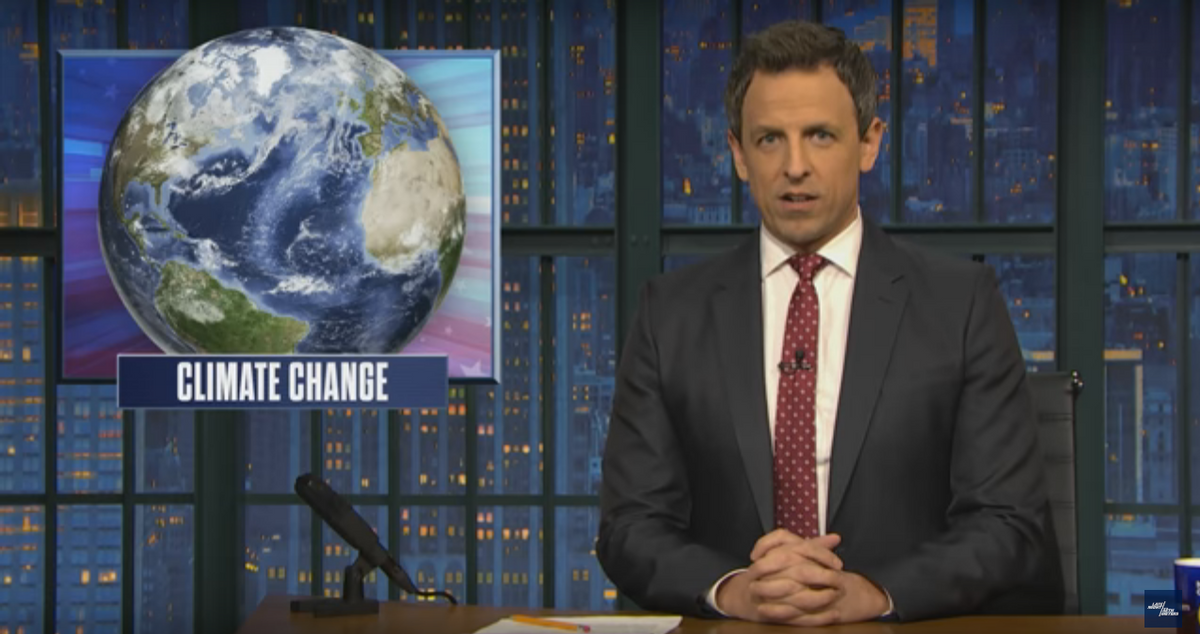 "Late Night" host Seth Meyers took a closer look at climate change under a Donald Trump administration Wednesday night, needling the president-elect on his cabinet picks and his bizarre obsession with wind mills.

The former Saturday Night Live writer did not have any good news for environmentalists.

Meyers then played a montage of rally highlights when Trump railed against wind turbines, which apparently "kills all your birds," the president-elect said countless times during his campaign. Watching the clips back-to-back effectively unearths Trump's zany hatred of wind mills.

There were few uplifting topics in the segment. Meyers extinguished the glimmering hope of climate activists that Ivanka Trump will save the climate. Meyers pointed out that Trump doubled down on his hatred of wind power and the planet through his cabinet appointments.