Hitler at home: How the Nazi PR machine remade the Führer’s domestic image and duped the world

When it comes to someone’s home, there’s often more than meets the eye 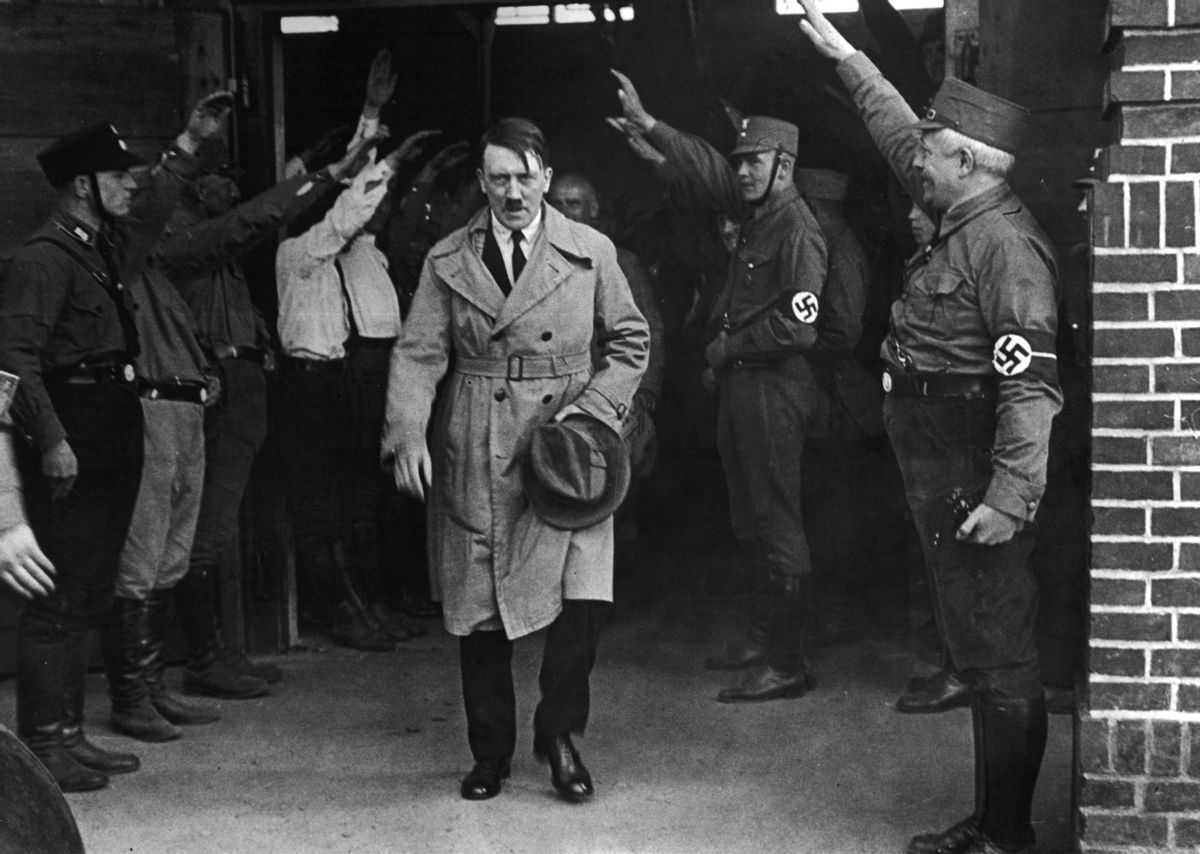 On March 16, 1941 — with European cities ablaze and Jews being herded into ghettos — The New York Times Magazine featured an illustrated story on Adolf Hitler’s retreat in the Berchtesgaden Alps.

Adopting a neutral tone, correspondent C Brooks Peters noted that historians of the future would do well to look at the importance of “the Führer’s private and personal domain,” where discussions about the war front were interspersed with “strolls with his three sheep dogs along majestic mountain trails.”

For more than 70 years, we have ignored Peters’s call to take Hitler’s domestic spaces seriously. When we think of the stage sets of Hitler’s political power, we are more apt to envision the Nuremberg Rally Grounds than his living room.

Yet it was through the architecture, design and media depictions of his homes that the Nazi regime fostered a myth of the private Hitler as peaceable homebody and good neighbor.

In the years leading up to World War II, this image was used strategically and effectively, both within Germany and abroad, to distance the dictator from his violent and cruel policies. Even after the war began, the favorable impression of the off-duty Führer playing with dogs and children did not immediately fade.

Nazi mythologies about Hitler’s origins emphasized his poverty and homelessness as a young man, as well as his disdain for creature comforts.

But once Hitler became chancellor — and particularly after the royalties from "Mein Kampf" made him a wealthy man — he focused considerable energies on the redesign and furnishing of his residences: the Old Chancellery in Berlin; his Munich apartment; and the Berghof, his mountain home on the Obersalzberg.

The timing of these renovations in the mid-1930s coincided with Hitler’s public makeover as a statesman and diplomat, a transformation also promoted by Leni Riefenstahl’s Nazi propaganda films.

The rough edges of the extreme anti-Semite and agitator of the masses were sanded away through the creation of a new, sophisticated persona that emerged in carefully crafted domestic surroundings. With silk curtains and porcelain vases, Hitler’s designers suggested an internal world that was both cultivated and peaceful.

Gerdy Troost, Hitler’s interior decorator, played an important role in conveying an image of her client as a man of taste and culture. Inspired by British design reform movements, she emphasized quality of materials and craftsmanship over showy display.

With views of Germany on one side of the mountain and Austria on the other, the Berghof was the most public of Hitler’s private homes, and it exerted a powerful hold on the Nazi imagination of empire.

Hitler and his publicists drew on mountain imagery from Germany’s literary and artistic movements (particularly Romanticism) to mythologize the Führer as a mystic leader who immersed himself in — and embodied — the terrible and magnificent forces of nature.

At the same time, the mountain served as a means to humanize Germany’s leader through his contact with animals as well as with children. In officially produced postcards, magazines and books, Germans consumed fantasies about an ideal domestic life rooted in the natural landscape.

In the expansive Lebensraum and pure mountain air, where the sun shone and blond children frolicked, the Nazis encouraged Germans to envision a blissful future in exchange for sacrifices to their pocketbooks and freedoms.

To the foreign press, a Bavarian gentleman

The rise of celebrity culture in the 1920s and 1930s created a voracious appetite for information about the daily lives of the rich and famous. Hitler’s team was quick to realize and exploit the public’s hunger, pioneering PR strategies that are commonplace today.

Journalists writing for the English-language press gobbled up the propaganda, fueling a false image of Hitler by publishing glowing stories of the Führer, even in the face of disturbing counter-realities.

In this admiring piece, penned by foreign correspondent Otto Tolischus, the skies were depicted not as a means of delivering destruction, but as a rarified topos of meditation, beauty and the simple life.

The article described how, surrounded by Alpine peaks, Germany’s leader communed with nature, contemplated the Reich and indulged his sweet tooth for chocolate. Hitler’s attack on Guernica and the suffering of its victims, later memorialized by Pablo Picasso, went unmentioned.

In November 1938, shortly after the annexation of Czechoslovakia’s Sudetenland — and the same month as the Night of Broken Glass — Homes and Gardens published a feature titled Hitler’s Mountain Home, which credited Hitler with the design of the Berghof. Applauding his taste, the article depicted his private life as one of refinement, gentle repasts and congenial friendships.

And days before the signing of the Nazi-Soviet Pact in August 1939, The New York Times Magazine published another enthusiastic article about the residence, one that again chronicled the Führer’s wholesome domestic life, unpretentious hospitality and love of sweets.

But stories in the British press admiring Hitler’s gentlemanly tastes and pursuits evaporated with the start of hostilities. With German war planes bombarding the nation’s cities and towns, the Brits quickly lost interest in how Herr Hitler took his tea.

American audiences, on the other hand, were slower to admit they had been conned, which reflects the country’s broader ambivalence about involvement in another war.

During the final weeks of the war in Europe, the Berghof was bombed by the Allied Air forces and set aflame by Hitler’s departing SS troops. What survived was looted by local residents and American and French soldiers.

By 1947, the ruins had become a destination for throngs of curious tourists. Authorities were more troubled by Hitler’s loyalists, who made pilgrimages to the site to pay homage to their fallen leader. With approval from the American military, which occupied the Obersalzberg, the Bavarian government demolished what remained of the Berghof; the area was subsequently replanted with trees.

It was only in 2008 that an official sign was posted that identifies the former location of Hitler’s house. In English and German, it gives a brief history of the residence, one that shatters the widely propagated, simplistic view of its domestic function:

Hitler spent more than a third of his time in power here. Important political discussions and negotiations were conducted here and incisive decisions were made, which led to the catastrophes of the Second World War and the Holocaust, causing the death of millions.

Hitler’s successful domestic makeover — engineered by his designers and publicists — underscores the need to be far more critical of the industries that focus on home or lifestyle news, which can have enormous influence.

In recent years, Western media have fawned over Asma al-Assad, Syria’s First Lady, depicting her as a refining, domestic influence on her husband. While some of these outlets, including Vogue, have attempted to scrub online traces, the stories remain proudly posted on President Bashar al-Assad’s website.

When it comes to someone’s home, there’s often more than meets the eye.

Despina Stratigakos is an associate professor and the interim chair of Architecture at University at Buffalo, The State University of New York.