FedEx, UPS broke records this holiday season as Amazon ramps up its fleet of 767 cargo jets 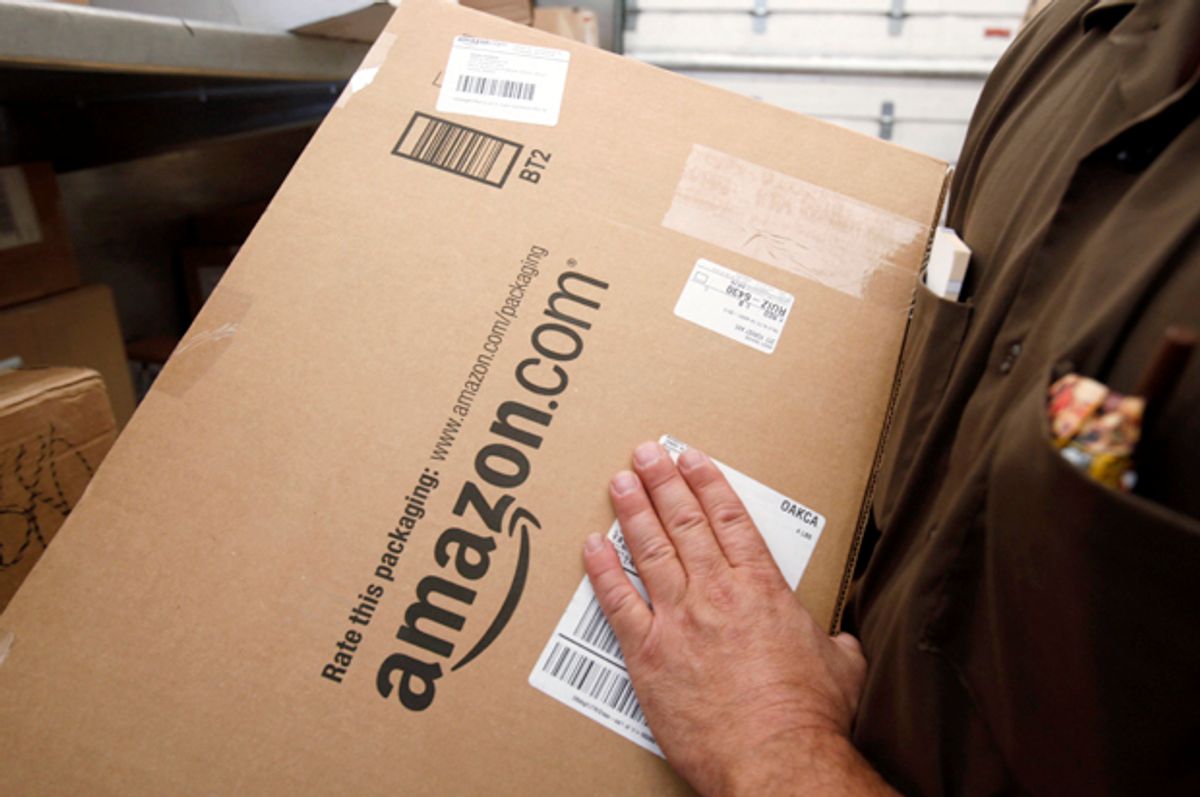 The annual American holiday shopping frenzy is almost over, and early forecasts indicate a record-shattering season for the nation’s top shippers. UPS and FedEx are forecasting a 14 percent and 10 percent jump, respectively, in deliveries compared to last year, sending and receiving well over 1 billion packages through their complex U.S. logistics systems.

The timing of Christmas this year gave consumers a couple of extra shipping days in the busiest shipping week of the year, but the main reason for the increase is the ongoing exodus of consumers from brick-and-mortar to click-and-order from an ever-rising number of retailers offering their goods online.

By far, the biggest beneficiary of this has been and continues to be Amazon.com. A recent Reuters poll of 1,150 respondents found 56 percent were using the site for their holiday purchases, up from 52 percent last year, while more than a fourth of respondents said they were relying completely or primarily on e-commerce this year.

This shift to online shopping has been going on for years, but this new apex in the volume of packages carried by shipping companies is putting immense pressure on logistics networks, which could be a sign of things to come: rising shipping costs and fewer of the free shipping offers that helped fuel demand for online ordering.

“As e-commerce grows, so does the challenge of peak [delivery season],” Mike Glenn, president and CEO of FedEx’s services division, said during a conference call with investors on Tuesday when the company announced its earnings results for the three months that ended Nov. 30, in which profits came under pressure from investment in new facilities.

Without mentioning any names, FedEx executives said they’ve raised holiday shipping prices on some of their biggest customers, and have dropped some retailers that didn’t agree to pay more to ship their merchandise. Glenn said fewer than 50 large retailers are responsible for the majority of peak holiday demand.

One of those big customers is surely Amazon.com, which estimated it's shipping 220 million packages in the U.S. alone this year. The Seattle online retailer has never generated much profit, in large part because of how much it spends on offering free shipping to continue to fuel growth in sales revenue.

A rise in shipping costs from carriers like FedEx and UPS would drive down Amazon.com’s profitability, which is why this year Amazon.com has broken a record for the number of chartered flights the company has crisscrossing the country from 10 of its regional hubs, including Phoenix, Rockford, Illinois, and Allentown, Pennsylvania. In August, the company inaugurated “Amazon One,” the first in a set of “Prime Air” Boeing 767-300 wide-body planes used mostly to shuttle goods from one warehouse to the next.

According to a Financial Times analysis, Amazon.com has more than doubled the number of flights from its fleet of 15 cargo jets. The number of flights has risen from around five per day earlier this year to as many as 20 in November and December, according to FlightAware, which tracks commercial air traffic. This sharp increase in Amazon.com air freight activity has come also with an increase in trucks and urban delivery drivers.

The effort by Amazon.com to take away a sizable amount of its business from FedEx and UPS is part of its initiative to create a lower-cost in-house air-freight network. As the nation continues to increase its Internet-shopping habits, more pressure will be put on package carriers to invest in infrastructure to accommodate the business. (FedEx has built four major ground-delivery hubs and 19 automated package-delivery stations in the past year.)

This effort hasn’t been without some problems. Pilots working for Amazon.com’s subcontractor that operates most of its planes went on strike in late November, accusing the company of violating the terms of its union contract.

“The airlines don’t have enough pilots to meet the demands of Amazon because their experienced pilots are leaving for better jobs,” says a Teamsters Union-funded website. Though a federal judge ordered the pilots back to work -- declaring in his decision “Imagine Christmas without Amazon!” -- the union has pledged to fight on.

By expanding its in-house fright delivery network, Amazon.com hopes to narrow its steep losses incurred by the cost of offering enticing shipping deals to its customers. The company lost almost $4.6 billion in shipping in the first nine months of the year, according to its last earnings statement.

As consumers continue to flock to online commerce, pressure will continue to mount on the complex infrastructure needed to handle the load. And if demand eventually overloads the ability for existing infrastructure to handle the volume, there’s only one way to fix that: more capital investment in capacity. And that means increased pressure to charge consumers more for their shipping. It will be up to the market to decide how long companies can continue to offer consumers free or low-cost delivery during the holiday season.