We have the tools. We have Terry Crews! Perhaps the Playhouse can inspire seasonal variety greatness in 2017 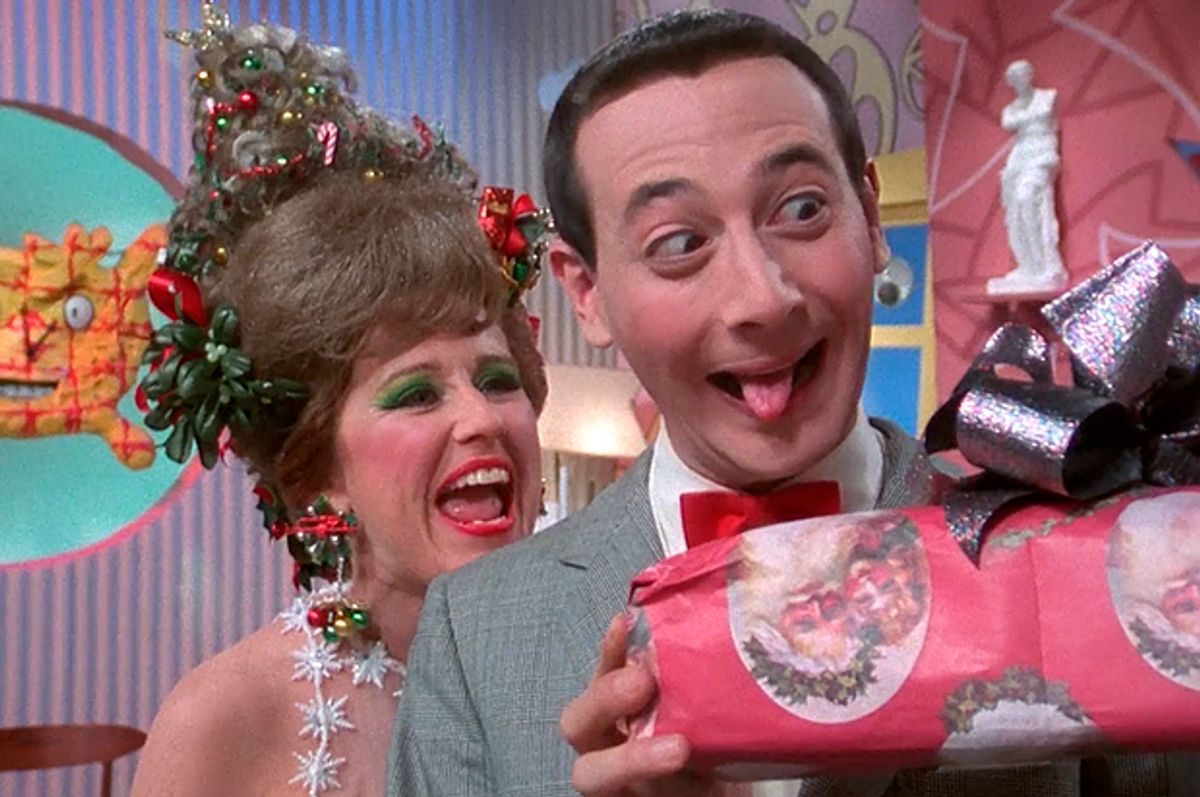 In this season of overdoing it, one holiday tradition has gotten short shrift: the holiday variety special.

You may be thinking, “What do you mean? We’re up to our teeth in holiday TV right now.” That's true. Hallmark has been going full tinsel and pine on us for weeks and Freeform’s on the tail end of its 25 Days of Christmas schedule. TBS is going to kick off “24 Hours of a Christmas Story” on Christmas Eve.

The networks have aired most if not all of the classics by now — “A Charlie Brown Christmas,” “How the Grinch Stole Christmas!” and the various sagas of "Rudolph the Red-Nosed Reindeer" and “Frosty the Snowman” — as well as "The Toy Story That Time Forgot" and "Shrek the Halls."

There were new specials this year, too. The glam slam that was “Taraji’s White Hot Holidays” lit up Fox at the beginning of the month, but that was a star-studded Christmas pageant without a storyline.

The CW teased viewers dreaming of holiday TV delight with “Terry Crews Saves Christmas,” which has been airing on consecutive nights this week in an 8 p.m. time slot. Alas, the Old Spice spokes-screamer is not campily fa-la-la-ing our blahs away. Rather, he’s spearheading home improvement projects for the seasonally challenged. (Zzzzzzz . . . ) That’s a waste of the man's talents! Crews sweats charisma and playfulness. If he can do a musical number with Miss Piggy, he can topline a variety show.

Since we haven’t seen a decent holiday special in some time, here’s an explanation of what I’m talking about. The classic holiday variety special strikes a perfect balance between twinkling celebrity and hot cocoa schmaltz, delivered by way of a time-honored story format that goes a little something like this: “We’re so excited for Christmas! Oh no, something is getting in the way of Christmas! Christmas is canceled! But we need a little Christmas! Oh, that’s right, Christmas is in our hearts!” Through the magic of some deus ex machina figure who usually goes by the name of Kris Kringle, Christmas comes off of in the end. Roll credits and bless us, everyone.

Crews could do something like that. Heck, Henson could co-star! Sadly, recent attempts at replicating this old format hasn’t worked. Bill Murray tried last year with his widely hyped “A Very Murray Christmas” for Netflix. That turned out to be a nouveau Rat Pack hangover interrupted by a Ziegfeld Follies-type reverie featuring George Clooney and Miley Effing Cyrus.

Comedy Central almost had a gift that could keep on giving in 2008's “A Colbert Christmas: The Greatest Gift of All!” Colbert’s special is available for purchase but otherwise doesn’t air, and it certainly was good fun. It also was very specifically humorous, with a tone a bit too steeped in the host's parodic self-referencing to achieve timelessness.

So today those craving the ideal Christmas special can satisfy their appetite with the most wonderful holiday special a person could possibly want: “Pee-wee’s Playhouse Christmas Special.”

This is a different show than last spring's "Pee-wee's Big Holiday." Pee-wee Herman’s Yuletide extravaganza originally aired Dec. 21, 1988. Only a few years ago, it was a lost pop culture treasure you might have caught on Adult Swim. Today this marvelous gem is available on Netflix, and it’s one of the reasons the service earns its subscription fee every December.

Should Crews ever want to take the holiday special business seriously, he could do a lot worse than drawing inspiration from what Pee-wee (Paul Reubens) did with the Playhouse. Crews should take only a few cues, though; attempting to directly replicate its magic would be sheer folly.

Many of the celebrities featured on Pee-wee’s special are . . . well actually a bunch of them are dead. The Del Rubio Triplets, Annette Funicello, Joan Rivers, Dinah Shore — they’ve all gone to that Playhouse in the sky. Recently departed Christmas Special guest star Zsa Zsa Gabor is knocking on that heavenly door as we speak.

But just look at the roster of stars in the special who are still with us! Little Richard, Whoopi Goldberg, Laurence Fishburne (as Cowboy Curtis, of course), Frankie Avalon, Magic Johnson, Charo, K.D. lang and Oprah Winfrey, when she was just Oprah as opposed to the Oprah. Even she was outdone by the Playhouse’s most exalted guest, Grace Jones, sporting some kind of avant-garde plastic fantastic getup and crooning "Little Drummer Boy" while sensually snaking her arms.

The plotline of “Pee-wee’s Playhouse Christmas Special” is beyond simple. Opening with a tune sung by the UCLA men’s chorus dressed in military garb (for what reason? who knows?) Pee-wee prepares for Christmas, make an insanely long list for Santa and barely hides his disdain for all the fruitcakes people keep dropping off. But each visit also provides an excuse to pull off an artful visual gag, educate the children and their overgrown counterparts about different holiday traditions and eventually have Cher blurt out the word of the day. Oh yes. Cher was there, too. Santa shows up eventually, forcing Pee-wee to face his childish greed. How does it all turn out? Good lord, people, just watch the thing.

Getting back to Terry Crews, to see a guy like him helm an honest-to-goodness, jingle balls-out festival of kookiness would be a delight. Call up Pee-wee as a consultant or ask him to co-star. Bring on Chance the Rapper or a fellow “Expendables” alum maybe. Dolph Lundgren can dance and sorta sing. Ask him! He'd be game.

It’s too late for us to enjoy such silliness this year, but what about in 2017? We’ll need something to make the season bright a year from now. Get it done, networks. True variety is the holiday spice we’ve been missing.