Best of 2016: Six times John Oliver made us all smarter this year

The long-form reports on "Last Week Tonight" kept us all informed abut the election, opioids and pyramid schemes 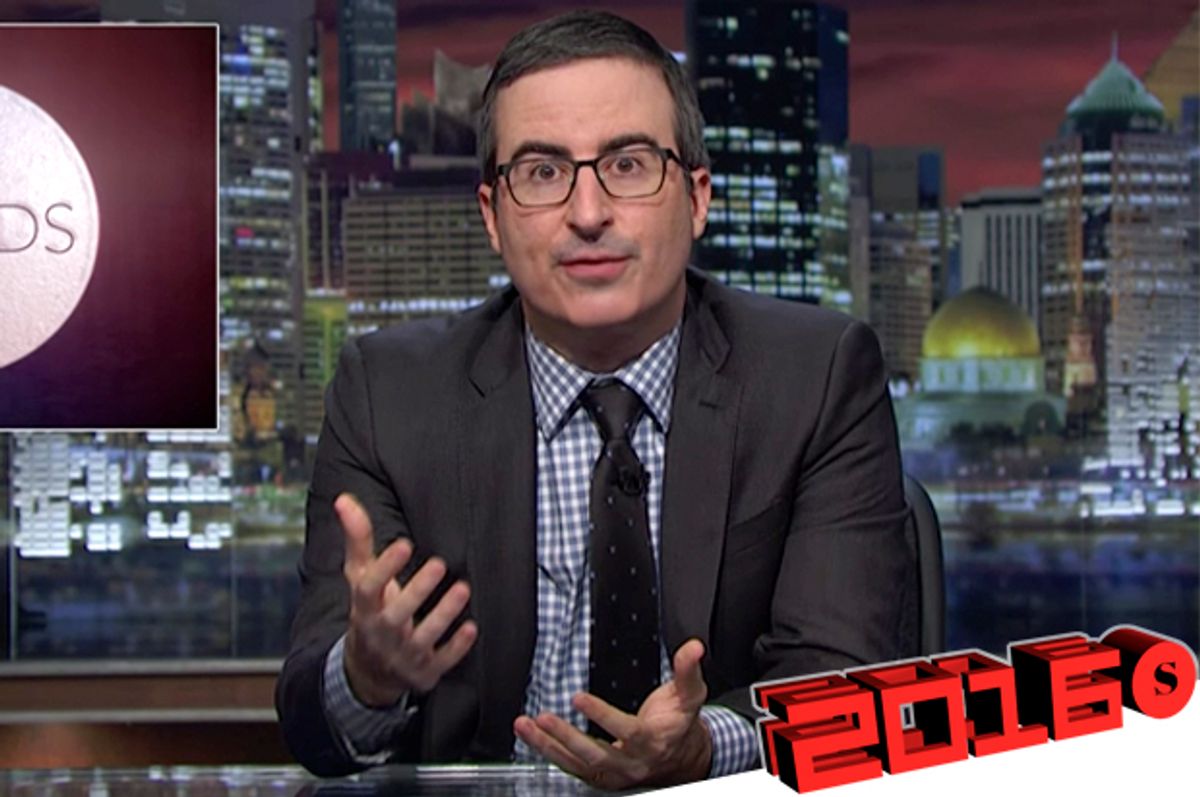 HBO's "Last Week Tonight" blew the lid off of many problems scratching at the American public in 2016. John Oliver's in-depth research on topics not only opened our eyes to the issues, but made us laugh at them in the process.

In November, Oliver called out companies that operate as pyramid schemes, like HerbaLife and Mary Kay. He exposed multilevel marketing companies for leaving representatives in debt. His plan to stop pyramid schemes was, lo and behold, a pyramid scheme, and he asked viewers to share the video of his show.

Oliver covered the horrors of the lead in drinking water scandal exposed this year in Flint, Michigan.

"We can't just act like it's not there the way we pretend that the public swimming pool is not three percent child urine," Oliver said about the almost 2,000 cases of lead contamination in water sources across the 50 states.

"It's a big, dumb thing that just gets more expensive over time. It's like getting a pet walrus. You think it's stupid now, wait until you learn what a bucket of sea cucumbers costs. You've not prepared for that," Oliver said.

4. Opioid Addiction in the U.S.

Oliver highlighted rampant opioid addiction as a result of prescription painkiller use, including Percocet, Vicodin and OxyContin. He even noted that firefighters are more likely to fight cases of overdose than actual fires when called to the scene of a crisis.

In August, the "Last Week Tonight" host reminded us how important local newspapers are to national and online outlets, and how news sources are falling into the downward spiral of consumer demand.

"Papers have been closing and downsizing for years, and that affects all of us— even if you only get your news from Facebook, Google, Twitter or Ariana Huffington's Blockquote Junction and Book Excerpt Clearinghouse," Oliver said.

In February, before the presidential election was "rigged," before Obama called for a look into Russian hacking of American election, John Oliver explained how voter identification laws impede upon voting rights. He said that IDs were "just one of those things that white people seem more likely to have, like a sunburn or an Oscar nomination."