Captive in the suburbs: Like "Stranger Things," Netflix's "The OA" taps into the confines of the cul-de-sac 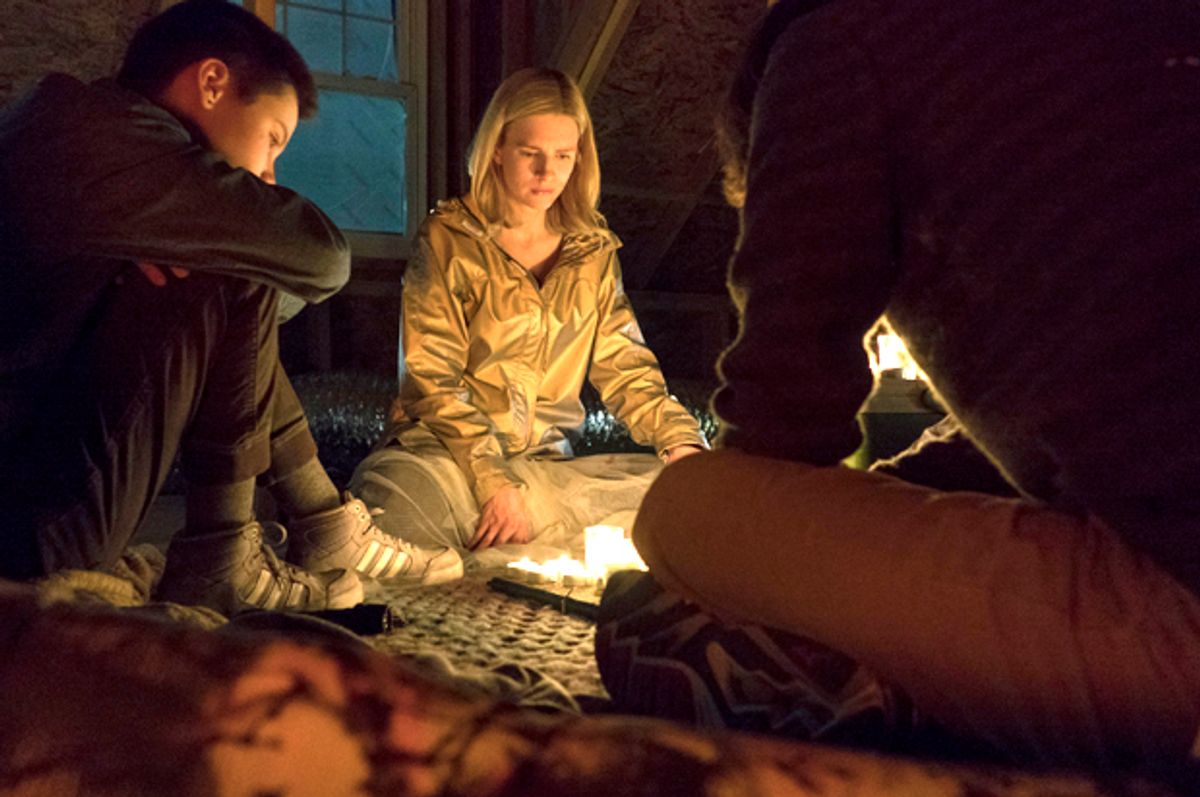 The strangest things happen in the most ordinary towns. A few years ago, it was in Port St. Lucie, Florida, a place with “no access to the beach, no downtown, and no place for teenagers to hang out at night other than a giant arcade,” where a high schooler murdered his parents and then, while they lay dead in their bedroom, threw a house party. It was in Zanesville, Ohio where a man, just two years prior, let loose an illicit petting zoo full of exotic animals. And if you’re looking for comically incompetent hit men, look no further than Fargo, North Dakota or Carrollton, Texas.

There’s not much to do in the suburbs. And when there’s not much to do, people get bored, live virtual lives, or turn to drugs or to their imaginations. The true stories that come out of the suburbs are sometimes so wild that they make the supernatural seem within the realm of possibility. Is it really crazier to have seen a UFO than to have seen “a lion and a bear running loose on an October afternoon in Ohio?”

So many of the best sci-fi movies — and more recently, television series — revolve around children in the suburbs, because the suburbs are the archetypal setting for American families to raise children, and children, especially bored children, are innocent and imaginative enough to conjure and then take seriously the monsters that wind up chasing them. (When I was a kid I had a recurring dream in which one of Maurice Sendak's Wild Things chased me in circles; by contrast, last night I dreamt that I asked Hillary Clinton a tough question and didn’t get a satisfying answer.)

In this past summer’s “Stranger Things,” a monster from another dimension pays a visit to a small Indiana town and a gifted young girl and a group of Goonie-like young boys must stop it. Similarly, in Zal Batmanglij and Brit Marling’s new Netflix mystery-drama, “The OA,” it’s a group of suburban high school kids who are tasked with helping a former captive travel through death and carry out an otherworldly rescue mission.

Note: Spoilers ahead for "The OA." If you don't wish to know plot points of the Netflix series, stop reading now.

Naturally, the show opens from a child’s perspective. The first scene is shot by a boy with smartphone, through his car’s backseat window. He and his mother are stuck in traffic on a bridge, when a young blonde woman in a dress runs into view. As cars’ brakes screech and drivers honk their horns, the mother says “See, she’s okay.” The woman makes her way to the rail of the bridge, quickly proving the mother wrong. The mother screams “Don’t!” And then, to her son, “Don’t look!” The boy catches the whole scene and his video goes viral, an early sign that children, in this show as in real life, will not listen to their parents and that maybe that’s for the best.

The woman, who we soon learn goes by “The OA” (aka Nina, bka Prairie), does not die. Instead, she ends up in the hospital, where her adoptive parents, who saw the boy’s video, find her and bring her home. To everyone's surprise, the young woman, who had been blind as a child, could now see. The family's home is in Crestwood, a town which resembles Levittown or Allentown or Springfield in the homogeneity of the homes — all big and gray, with big green yards and winding streets. The only time a house stands out is when, in an early scene, a kid is doing backflips on its roof.

Crestwood is not where The OA (Brit Marling) wants to be. She’d been gone for seven years, having run away New York — specifically to the Statue of Liberty — in search of her birth father, who she had been told died years ago. Instead, she finds Hap (Jason Isaacs), a scientist obsessed with near death experiences (NDEs) — or rather, he finds her. Hap hears her playing her violin at a subway terminal in Grand Central Station and quickly recognizes that she is a virtuoso whose skill must come from her having died and come back to life. He lures her into his remote lab. There, he locks her up with three other NDE survivors and performs tests on her, hoping to learn about the existence and nature of an afterlife.

The OA’s escape precedes the bridge jump in the show’s internal chronology. So the mystery is not whether The OA will escape, but how — also, why did she jump? And how did she regain her sight? And who is this Homer she keeps mentioning? What does her most recent name (The OA) mean? Does she have special powers? And, most of all, is she a reliable narrator?

We learn the answers to most of these questions piece by piece through The OA’s telling. She gathers a rag-tag group of high school kids (a bully and his parentless buddy, a transgender Asian American boy, a hardworking college-bound lacrosse player) and a grieving Crestwood High teacher at an abandoned house each night. Like detention in “The Breakfast Club,” The OA’s story and the ceremony of her telling it makes friends out of this mismatched group — a superhuman feat in itself.

The children’s primary obstacle is never their differences; it’s their parents. Each night, to hear the story, they must escape their homes unnoticed and leave their doors open. The OA’s worried parents only allow her to walk around for an hour each night. And Steve Winchell (Patrick Gibson), a bully with Aaron Paul’s irritated affectations, could be scooped up at any moment by a fearsome military reform school.  None of the children could tell their parents what they’re up to, because their parents wouldn’t understand; how could they when they don’t understand who their children are?

At its core, “The OA” is a show about captivity. Prairie is ever trying to escape where she is — be it in life or death. That she seems as much a captive in her home as in the cage Hap keeps her in explains her new friends’ need to listen; they’re trapped too. Other dimensions, and the tales of other dimensions, are where these outcasts go to escape their suburban captivity. The OA’s tale is a riveting celestial escape. For viewers too. Never mind that to consume it through Netflix is part of what these children are trying to escape in the first place.