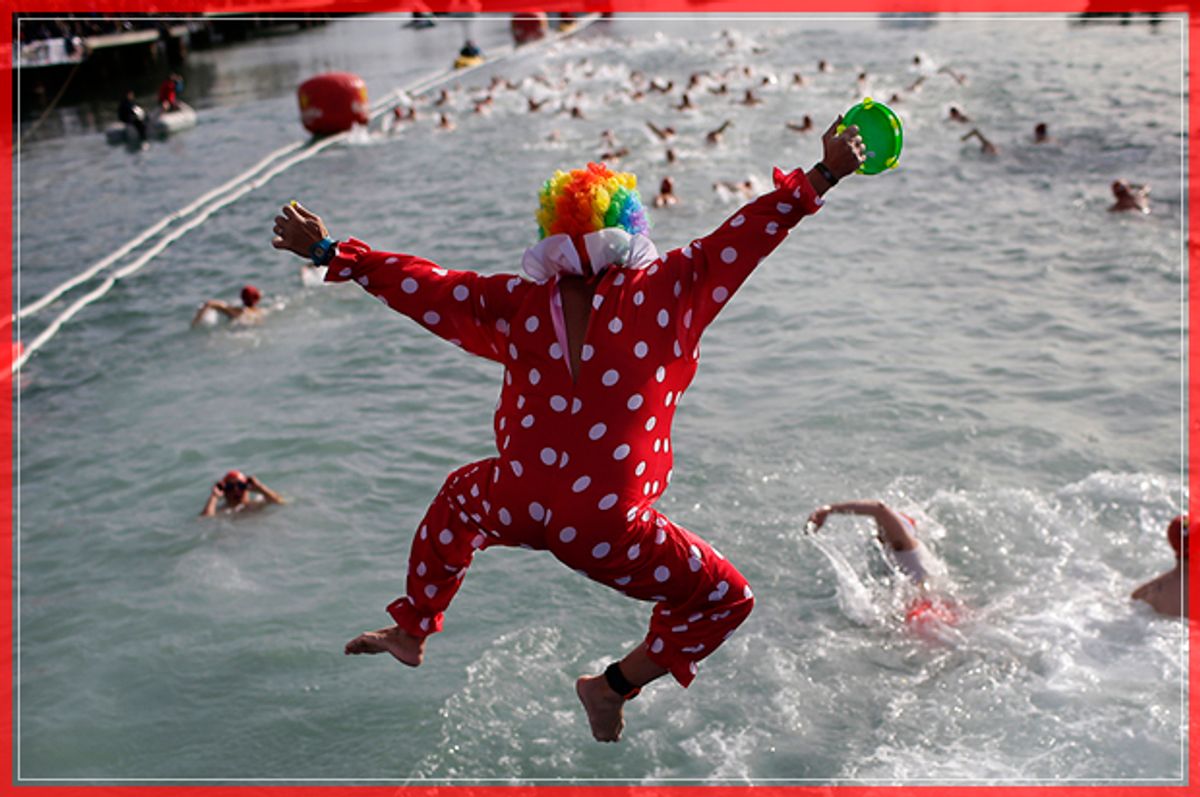 An athlete dressed as a clown jumps into the Mediterranean sea as he takes part in the Copa Nadal in the Spanish port of Barcelona in Barcelona, Spain, Sunday, Dec. 25, 2016. The Copa Nadal (Christmas Cup) is a traditional swimming competition that takes place in Barcelona every December 25th, where participants swim 200 meters in the open sea in the port of Barcelona. (AP Photo/Manu Fernandez) (AP)
--

Wiltshire, England    Matt Cardy/Getty
Riders and hunt supporters gather with their dogs for the traditional Boxing Day meet for the Avon Vale Hunt Hello doggies! Who's a good dog! You are! Who's very good at finding foxes, killing them and then ripping them apart? Yes you are! You so are! Like a good member of my species, I do not trust robots. The unnerving thing about a humanoid robot is that the human who designed it did so with an eye on making actual humans obsolete in some way. This particular robot is especially unsettling because of that shiny pair of slab-like hands with their well-defined and articulated fingers. Hands are a human trait; we're defined by our opposable thumbs. The metallic digits on this lumbering monstrosity are clearly intended to supplant the dexterity and fine motor control found in the human fingertips. That's creepy as hell.

Barcelona, Spain   Manu Fernandez/AP
An athlete dressed as a clown jumps into the Mediterranean sea as he takes part in the Copa Nadal (Christmas Cup) I've lived in Barcelona most of my life and had never even heard of Copa Nadal. I've been doing Christmas wrong all my life.

Goring, England    Eddie Keogh/Reuters
Candlelit tributes are seen outside the house of singer George Michael, where he died on Christmas Day, In the wake of George Michael's death, we have learned of his discreet generosity and philanthropy. It's now clear that Michael donated large sums of money to charities and those in need – and never expected recognition in return.